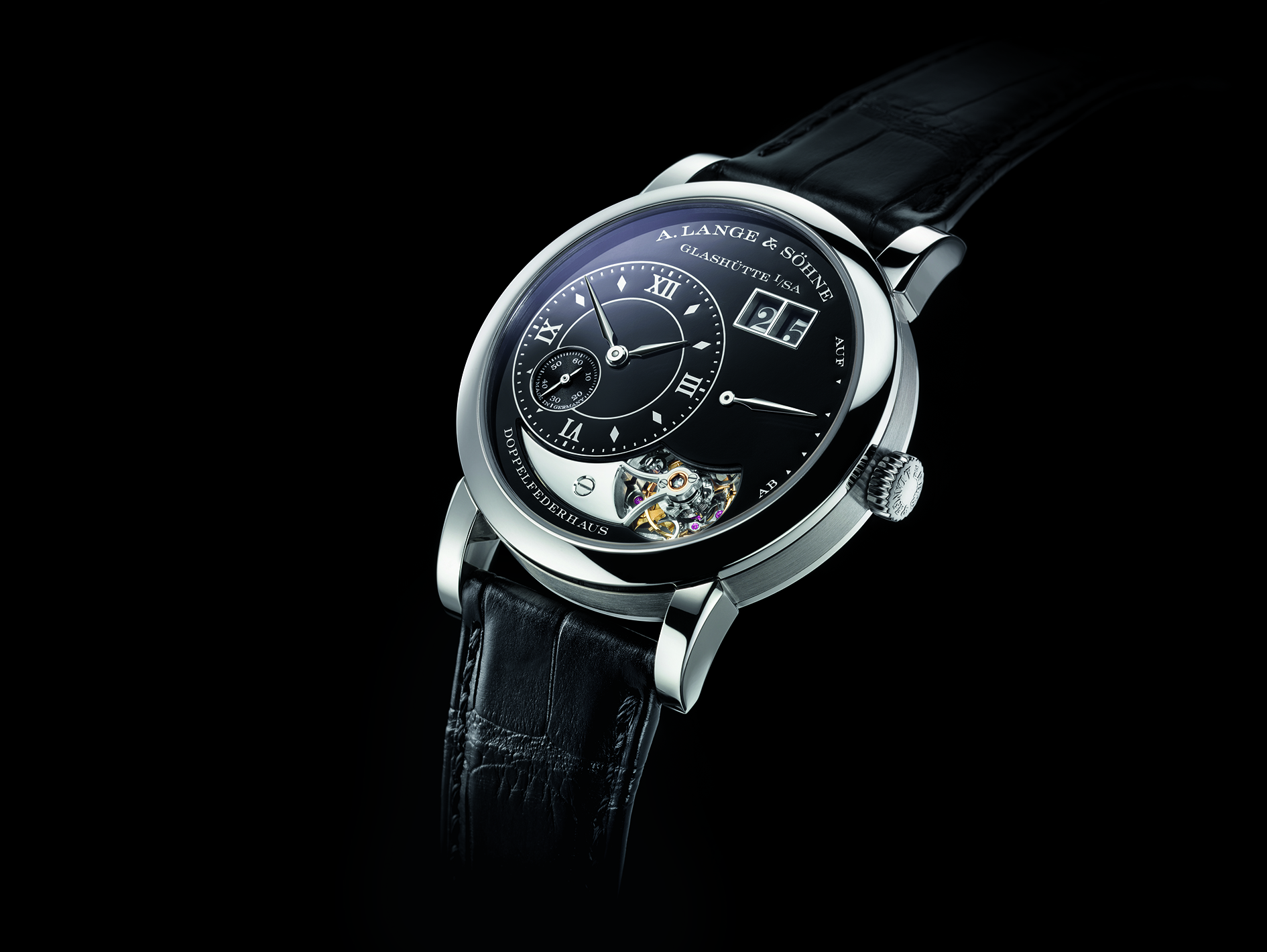 Last week, A. Lange & Söhne celebrated the 20th anniversary of their most iconic timepiece by unveiling a special 20 piece limited edition Lange 1. The Lange 1 Tourbillon Handwerkskunst, is distinguished by a platinum case measuring 38.5 by 10.2 mm, a black enamel dial, and a one-minute tourbillon aperture visible at the lower portion of the dial.

The Lange 1 Tourbillon Handwerkkunst has the brand’s patented stop-seconds mechanism, which was first released in 2008. According to Lange, “A. Lange & Söhne’s product developers succeeded for the first time in reliably immobilising the balance wheel inside the rotating tourbillon cage. Finally, timepieces with tourbillons could be stopped and set with one-second accuracy.”

The hand wound Lange caliber L961.3 has 378 components (51 jewels, 2 diamond endstones, 7 screwed gold chatons). The screw balance is shock resistant, and the spring is made in-house. The movement beats at 3Hz and has a 72-hour power reserve. It is decorated by hand, precision adjusted in 5 positions and has a three-quarter plate made of untreated German silver.

The main dial is white gold with a black enamel treatment. The black solid-silver subsidiary dial for the seconds is slightly recessed into the main dial. The hour markers are mirror-polished, to match the white gold rhodium hands, which contrast the shiny black dial. The numerals of the Lange outsize date are grey on a black background. The power reserve is indicated by a white gold rhodium hand, with a AUF/AP (Up/Down) scale, between 2 and 4 o’clock.

The crown winds the watch and sets the time. The flat push-piece on the case flank at 10 o’clock allows for rapid correction of the outsize date (patented).

The Lange 1 Tourbillon Handwerkskunst is paired with a black hand-stitched crocodile strap, with a Lange deployant clasp in platinum. Limited to 20 timepieces. (Ref. 704.048F)