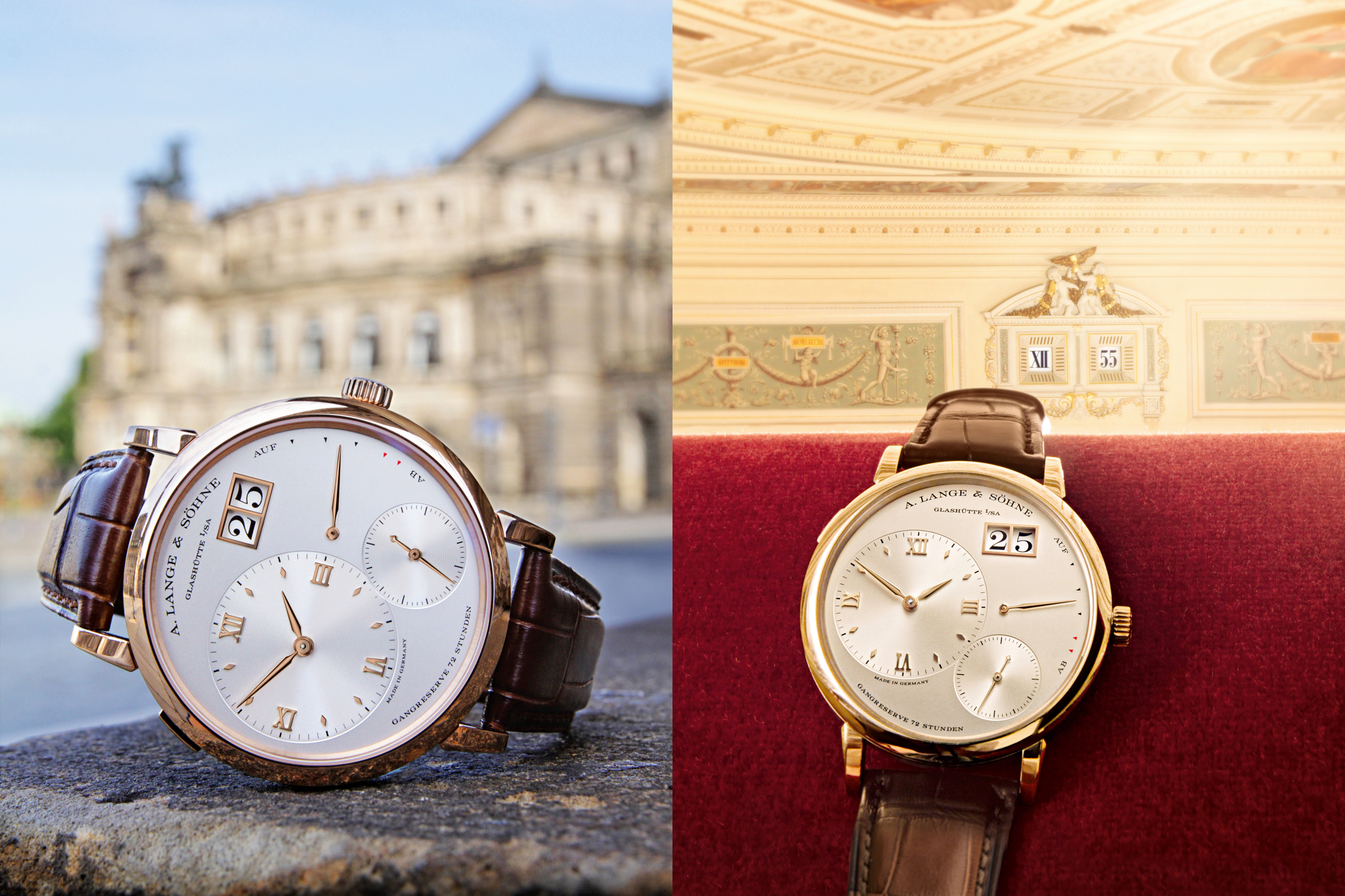 Do you know where the original inspiration for the A. Lange & Söhne oversized date display came from?

It came from the Five-Minute Clock (shown above), that is located above the stage of the Semper Opera House in Dresden since 1841 (outside of Semper Opera shown before). Visible from even the back row, the five-minute clock displays the hours and minutes (in 5-minute intervals) via a digital indication with Roman numerals for the hour and Arabic numerals representing the minutes.

A. Lange & Söhne introduced a redesigned Grand Lange 1 at SIHH in January. The Grand Lange 1 features a new thinner single power barrel movement and, now has non-overlapping subdials like the original Lange 1, which was introduced in 1994. What has stayed the same, though, is the brand’s patented big date display.

Featured on multiple Lange timepieces, the signature date function is shown via dual aperture windows, which operate using two date wheels, and can be adjusted by simply pressing the pusher until the date is correct.