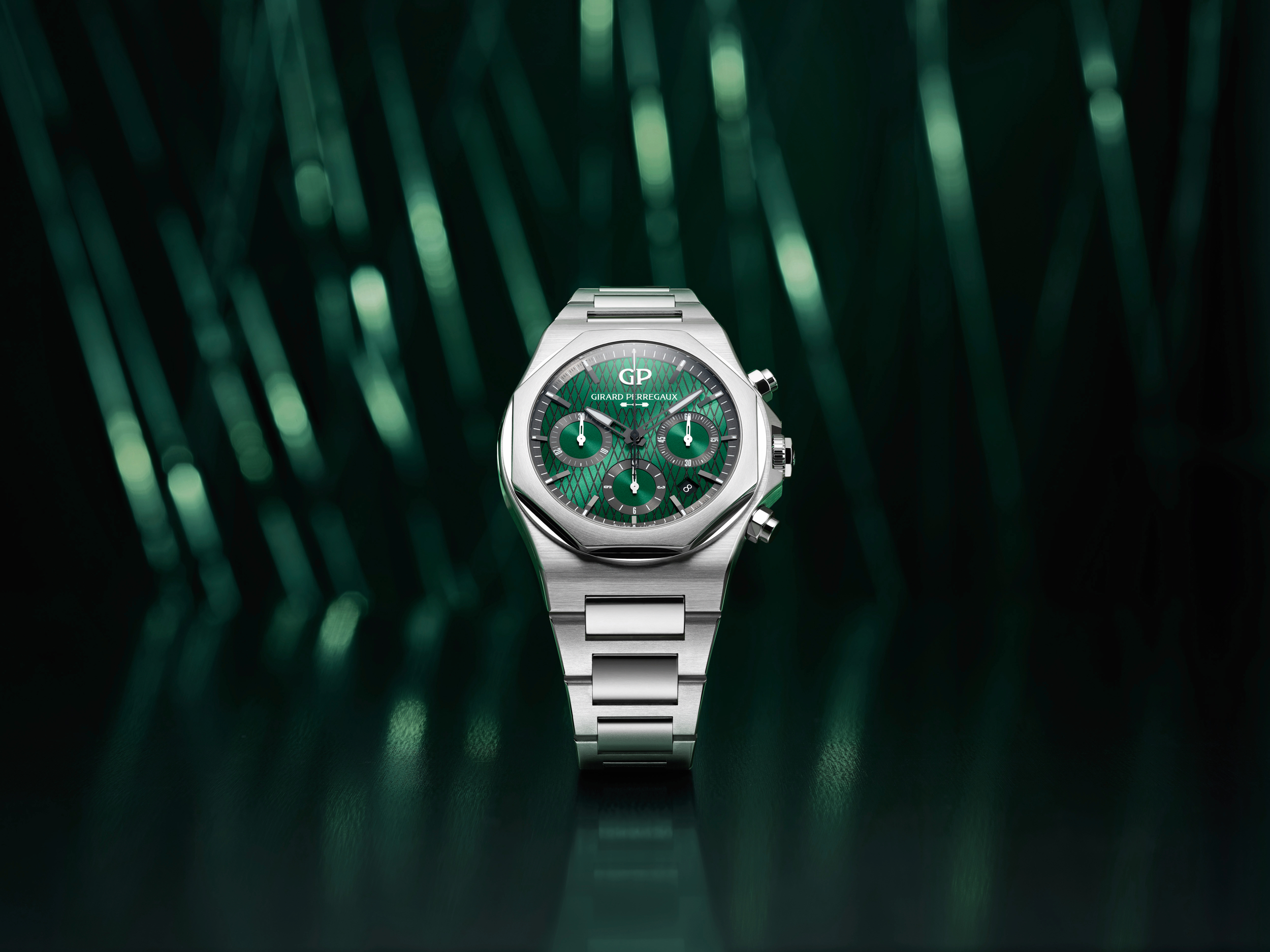 In their second collaboration since announcing a partnership earlier this year, Girard Perregaux and Aston Martin unveiled a new Laureato Chronograph.

Interestingly, the octagonal 42 mm x 12 mm Laureato case is made from 904L stainless steel — the same type that Rolex uses — whereas most watch companies use 316L stainless steel. This steel is slightly more resistant to corrosion and has is marginally brighter than 316L.

As is the case with many of the co-branded timepieces coming out nowadays, Girard Perregaux chose the subtle route with the Laureato Chronograph Aston Martin Edition — they produced an “Aston Martin Green” dial with a cross-hatching that alludes to the partnership without actually saying it.

The hands, applied indices, flange, and subdial chapter rings have been given a matte black treatment that meshes well with the gorgeous British Racing Green hue, which Girard-Perregaux says took 21 applications of paint to achieve. The diamond-like pattern was first seen with the carmaker’s ‘AM’ logo (1921 – 1926) — the motif was also inspired by the quilted seats found in the numerous Aston Martin sports cars. Fittingly, the luminescent material, seen on the hands and indices, features a green emission. The central chronograph seconds hand features a counterweight that resembles the sides strakes first seen on the 1958 Aston Martin DB4.

Underneath the hood, so to speak, the 25.95 mm x 6.5 mm movement is 4Hz automatic in-house caliber GP03300-0141, which has 63 jewels, 419 components, a power reserve of 46-hours, and is finished with circular and straight Geneva stripes, polished sinks, blued screws, and perlage.