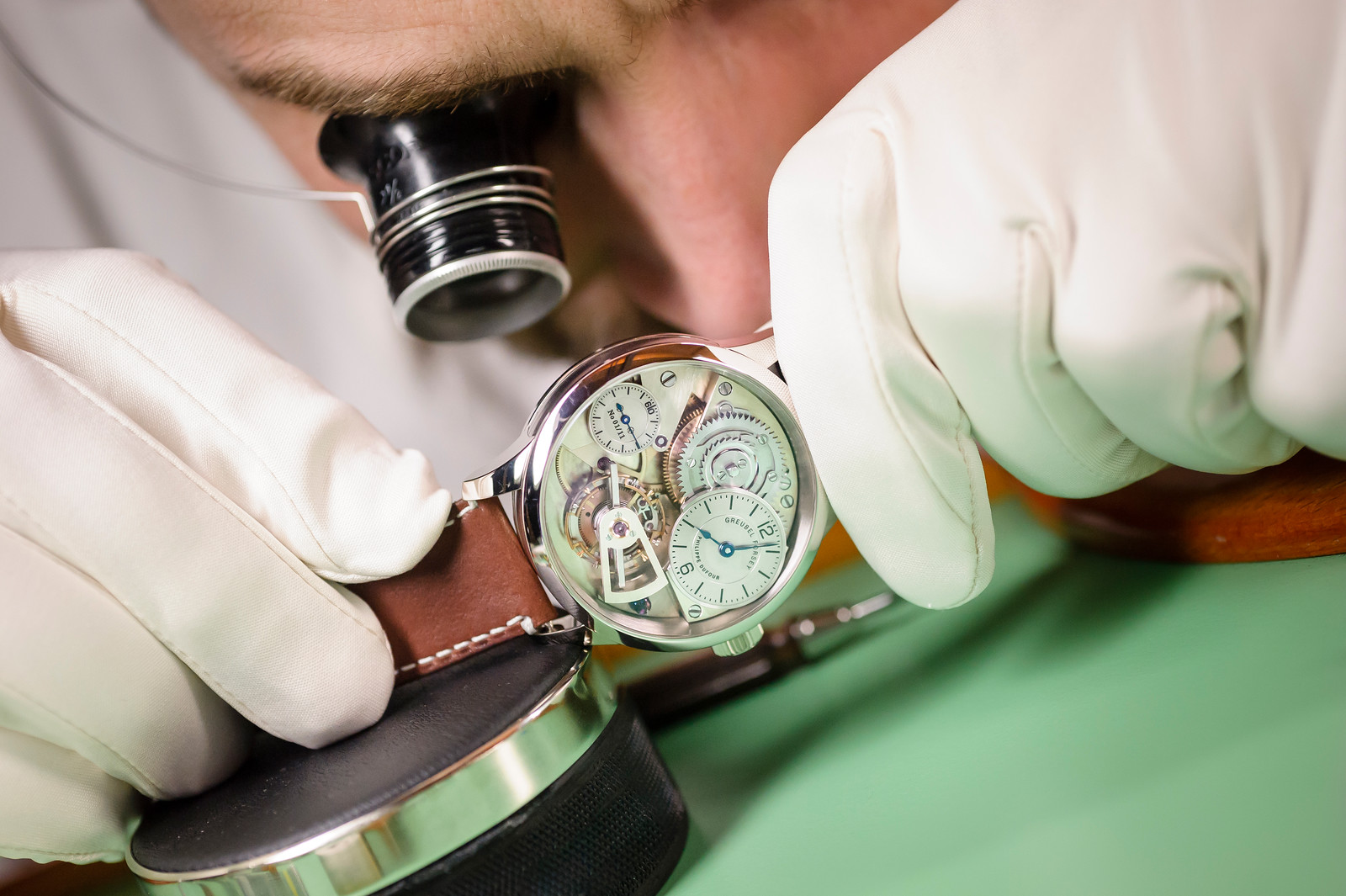 The “Le Garde Temps – Naissance d’une Montre” is a project designed to safeguard the techniques involved in traditional handmade watchmaking. With the process of making a watch becoming more automated and mechanized as time passes, the old ways of doing things are being forgotten. And so, the aim of this project is to maintain this know-how by passing it on, hence the ultimate goal of the project is to transmit watchmaking heritage to future generations.

In 2007, Robert Greubel, Stephen Forsey and Philippe Dufour decided they needed to act, and to pass their know-how onto a pupil so that. The challenge was to create a mechanical watch without the aid of Computer Numerical Control (CNC) machines in order to ensure that these centuries-old skills were not lost forever. They chose Michel Boulanger, a French watchmaking teacher at the Diderot vocational training college in Paris.

“This chosen pupil should put the techniques learned into practice by creating a timepiece by hand using traditional tools, such as the uprighting tool, the hand-mandrel lathe, and the topping tool. In turn, the pupil shall transmit these skills to future generations thus safeguarding from oblivion a certain form of watchmaking excellence.”

Every month, Michel traveled to La Chaux-de-Fonds to learn from Robert Greubel, Stephen Forsey, Philippe Dufour and from various other specialists at the Greubel Forsey Atelier. This eventually led to the creation of the timepiece we are showing you here today.

The first Le Garde Temps timepiece is 45 mm in diameter by 15.1 mm in thickness, crafted in white gold. The dial and movement are fully exposed on the front side of the watch. The time is displayed via an off-center dial on the right that indicates hours and minutes, and a small seconds display on the right. At 6 o’clock is a tourbillon, with the balance wheel that oscillates at 2.5Hz (18,000 vph). The hands are made in blued steel. The watch is paired with hand-sewn strap with a white gold pin buckle and is made in a limited series of 11 pieces (each individually numbered on the small seconds dial).

A series of 11 timepieces will be made, with the delivery of the pieces to start in 2016. The first timepiece has already sold for approximately 450,000 CHF.

The Le Garde Temps – Naissance d’une Montre is a truly noble project, designed to promote and protect the arts of fine watchmaking. Moreover, the funds from the sale of this series will go towards sponsoring the future of the project – and the “transmission of watchmaking heritage.”