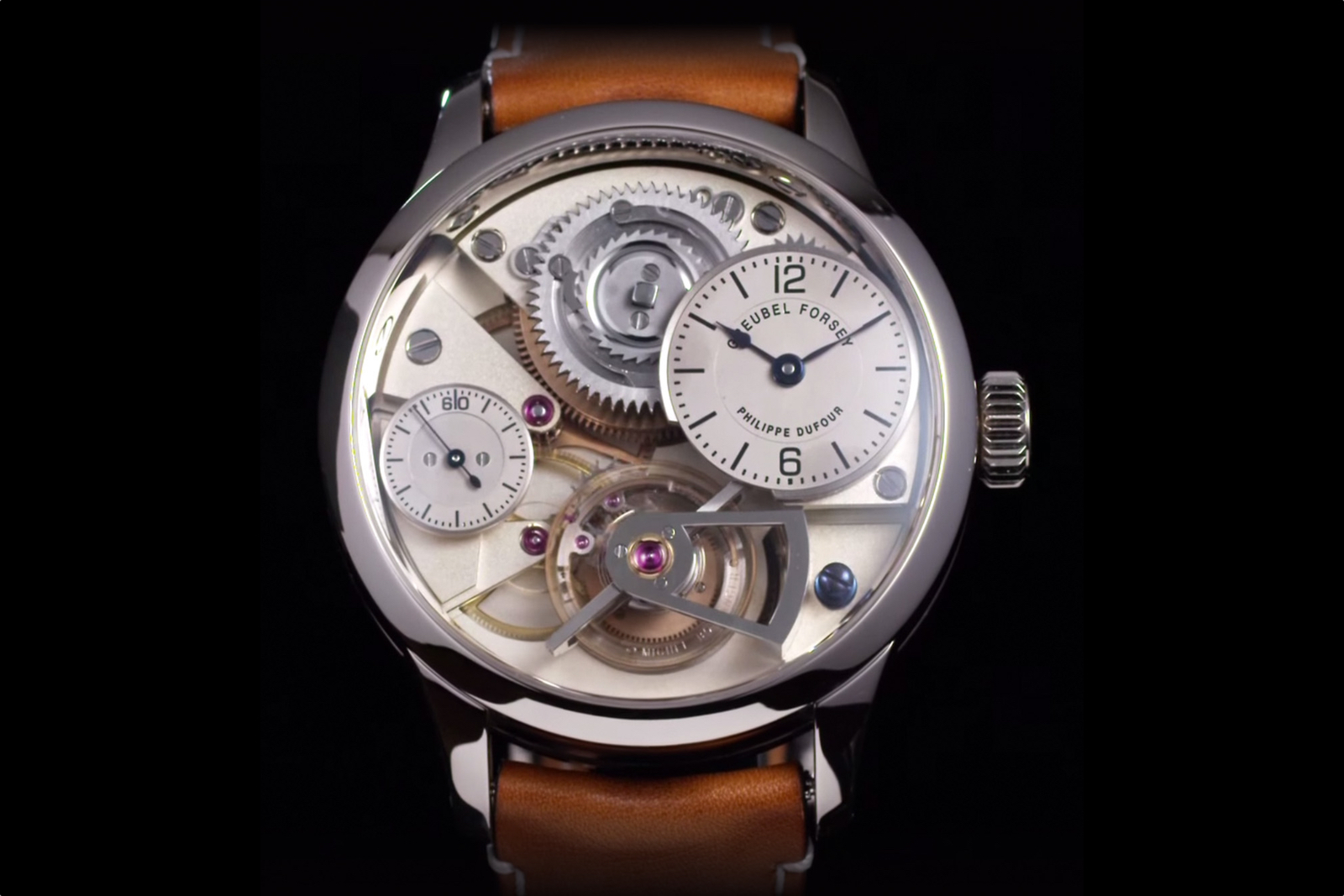 On Monday, at Christie’s in Hong Kong, the prototype piece from “Le Garde Temps – Naissance D’Une Montre” sold for just over $1.46 million.

This is an important step in the initiative that started ten years ago, called “Naissance d’une Montre – Le Garde Temps project” and validates the combined efforts of Robert Greubel, Stephen Forsey, Philippe Dufour, Vianney Halter and others to safeguard and transmit traditional watchmaking knowledge and skills.

Back in 2006, the group selected Michel Boulanger, a young watchmaker, who was already a teacher at a watchmaking school in Paris, to transmit their knowledge to him, which in turn would help teach crucial watchmaking know-how to future generations.

Michel Boulanger then began working with Phillippe Dufour, who showed him ancestral watchmaking techniques, including using and even producing traditional watchmaking tools. Over the next six years, Michel worked closely with Phillipe Dufour and specialists at the Greubel Forsey Atelier to handcraft this first watch.

“After presenting it in its various stages, the finished School Watch was finally unveiled in 2016. Inspired by a late 18th – early 19th-century approach, the watch houses an inversed movement with three hands display. At its heart is a large tourbillon, with a frequency of 18,000 vibrations/ hour. The tourbillon cage is also very much in the tradition of the great watchmakers of the 19th century, particularly Jacques-Frédéric Houriet and Abraham-Louis Breguet. In order to pro- vide an appropriate setting for the tourbillon mechanism, Michel, and the project’s initiators opted for an off-centered dial indicating the hours and minutes. The manual production of each individual part of the movement, irrespective of whether it can be seen or is hidden from sight in the interior of the movement, is of key importance.

The School Watch (‘Montre École’) is the very first of eleven subsequent pieces to be made. It is a true testament to the spirit of the Naissance d’une Montre project, of its maker and of traditional watchmaking as a whole.”

All the proceeds from the sale will be returned to the Le Garde Temps project, including the buyer’s premium from Christie’s.