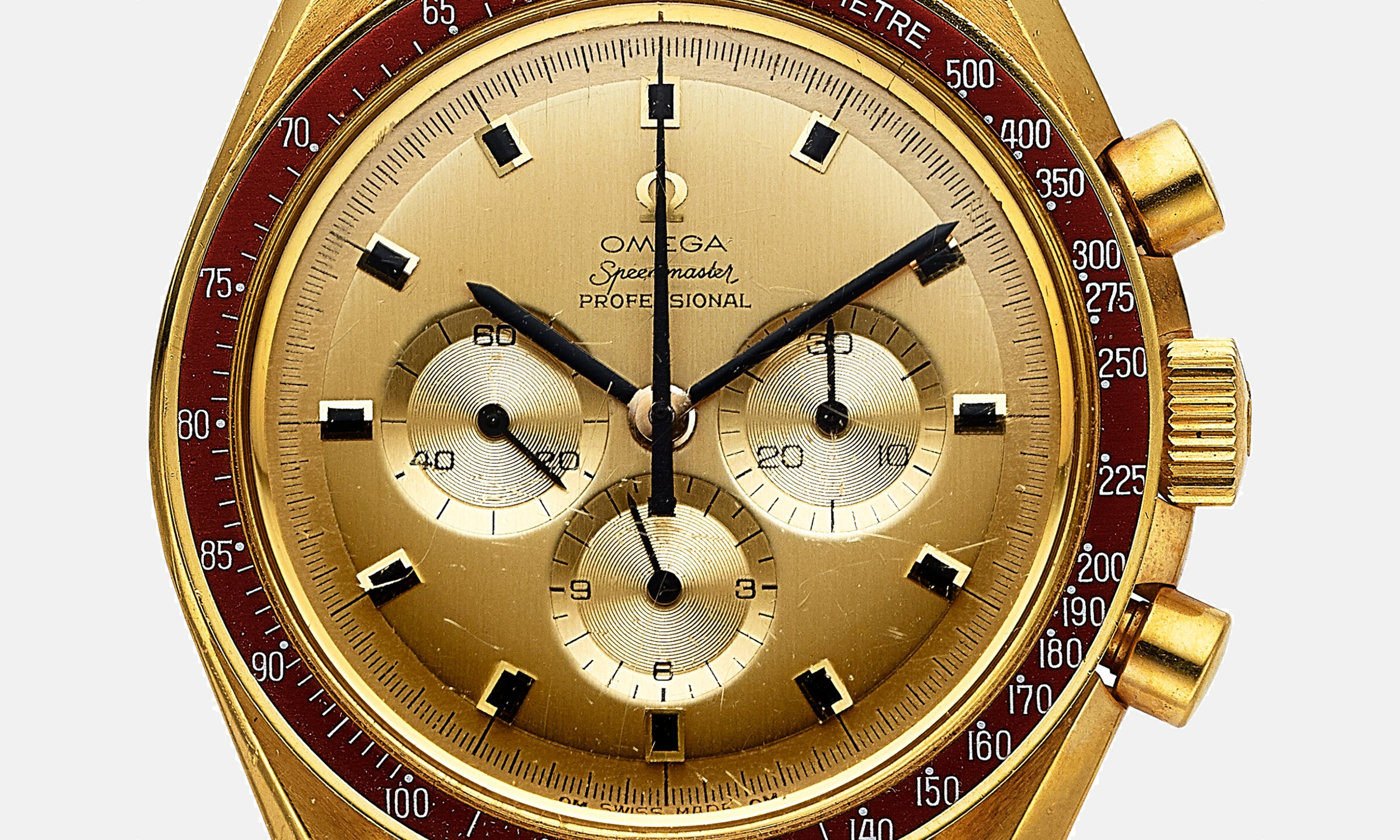 Michael Collins piloted the Apollo 11 Command Module which was part of the historic lunar landing where Neil Armstrong and Buzz Aldrin walked on the moon. This watch was not worn on the moon however it was created the same year, to commemorate the moon landing.

At a celebration following the moon landing in 1969, Omega gifted the first 30 pieces of a 1,000-watch commemorative gold Speedmaster run to VIPs including Neil Armstrong, Buzz Aldrin, and Michael Collins. Collins, who passed away in 2021, received number 19, which features a personal engraving and is engraved with the number (which were only for the first 30 pieces produced) and that’s the watch that sold on June 1, 2022, for $765,000 at Heritage Auctions.

For more information, read our original article on the Michael Collins gold Speedmaster.