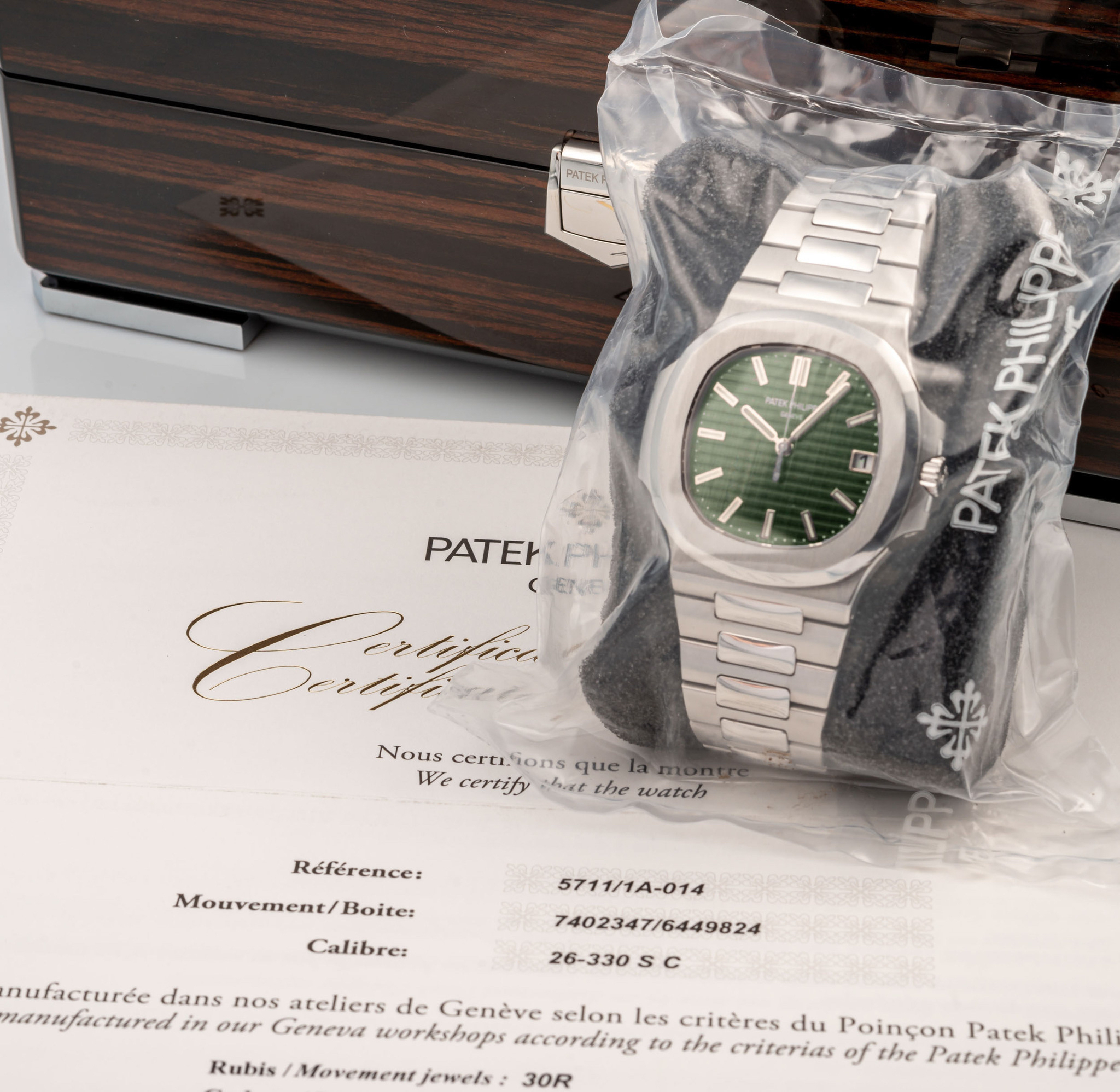 A brand new, sealed example of the highly coveted green dial Nautilus 5711 final edition sold at Antiquorum in Monaco yesterday — for over $470K.

That the person’s name who sold it was shown publicly — and Patek Philippe can presumably see which authorized dealer sold the watch — is beside the point and I’d wager nothing will happen to that dealer. Why would it? The auctions act as an official benchmark for selling prices of well-known models (or as a way to raise the benchmark), which in this case certainly benefits Patek Philippe — and those currently holding onto Nautilus 5711 watches.

Who does it not benefit? New and existing customers wanting a Nautilus.

As if the Nautilus was not already next to impossible to obtain, now it’s even more unattainable as sellers will surely try to mark the watch up even higher. A new Nautilus is expected to arrive next year, supplanting the discontinued 5711, but there are no plans to increase the volume in a way that will make the watch readily available. So once the replacement for the 5711 arrives, expect the same process to be repeated, over and over.

Thierry Stern is a great CEO, and he protects his Patek Philippe customers in a way by perpetuating the out-of-control Nautilus prices via stringent quantity controls on the brand’s most coveted reference: the 5711. Considering very recently the Nautilus 5711 was selling at retail for $22K, then $30K, and now $34,893 — the company is absolutely taking advantage of the frenzy around this model by raising the prices in huge increments (not to say that every other company would not do the same). Still, nothing will help raise the secondary price hikes more than announcing the discontinuation of the 5711 and then having a Nautilus 5711/1A-014 Olive Green “Final Edition” sell for more than 13 times the already raised retail price.

Now, the bar is set that much higher so that even fewer people will ever own a new Nautilus unless they pay ungodly sums. The good thing is: there are far better watches for the same amount of money.