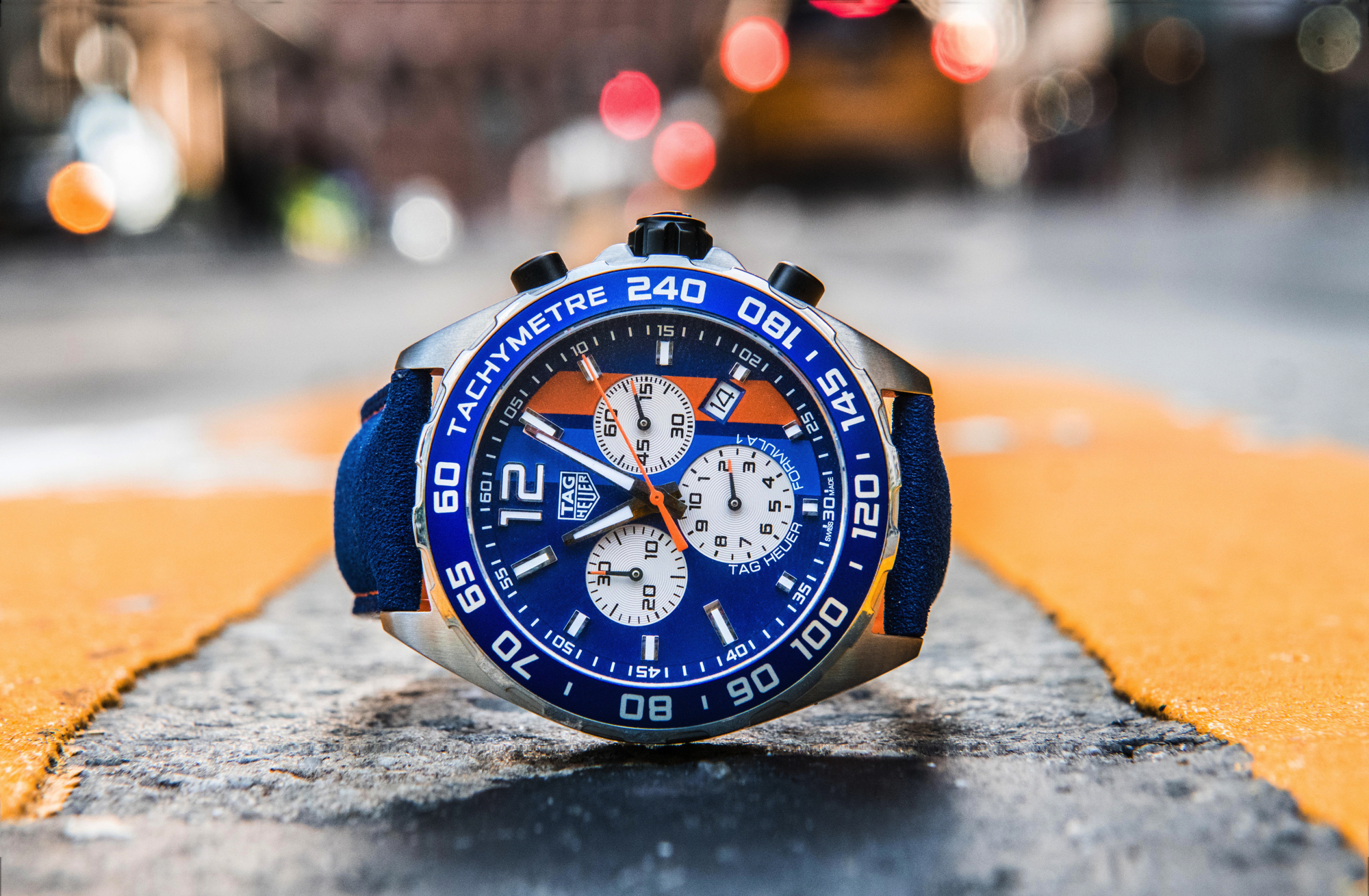 Fifty years ago, in 1968, the Ford GT 40, with an orange and blue Gulf Oil paint job, won its first victory in the 24 Hours of Le Mans. Today, in conjunction with the start of Le Mans, TAG Heuer has announced two new Gulf edition watches. One is the Formula 1 Gulf Special Edition, and the other a 50 piece Monaco Gulf Limited Edtion.

The Formula 1 Gulf Special Edition comes in a 43 mm case and is powered by a quartz movement, with a blue and orange color scheme and the Gulf logo engraved on the caseback.

The Monaco Gulf Limited Edition comes in a 39 mm square-shaped case and is powered by a mechanical movement The blue and orange and a Gulf logo are seen on the dial and the caseback features the Gulf’s anniversary emblem and is engraved with the individual number XX/50.

Retail price of the Formula 1 Gulf Special Edition is $1,600 and the Monaco Gulf Limited Edition is $6,350. Learn more at TAG Heuer.