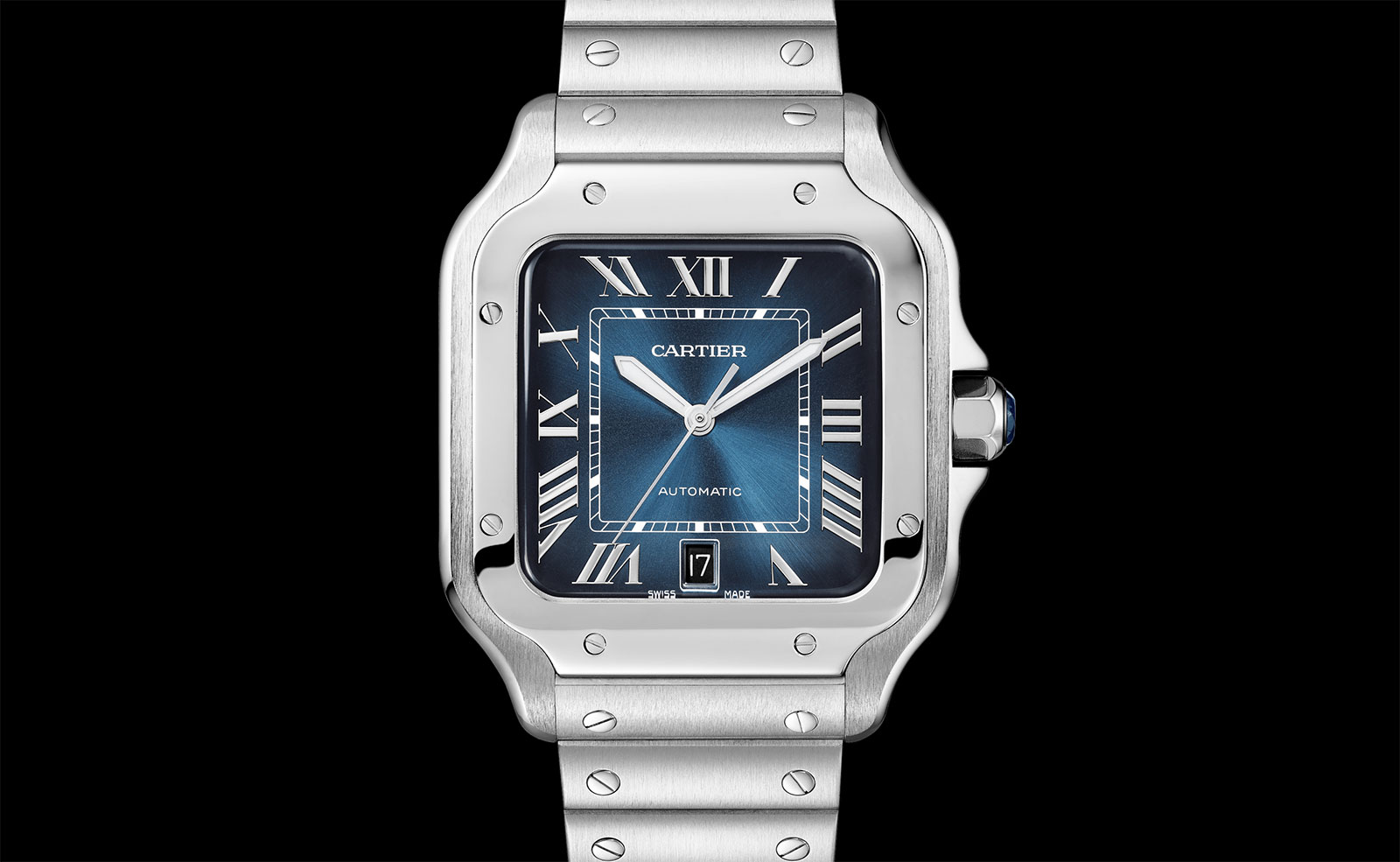 There has been a lot of change in the watch industry this past year, especially in regards to the marquee Swiss watch shows, Baselworld and SIHH, which are now set to realign in 2020.

In the short-term, it seems like a win to have the shows within the same timeframe, however, due to the growth rate and effectiveness of internet marketing, and further fragmentation of the exhibitors (Swatch and Movado are now showing in two separate cities), this may not prove to be a long-term solution.

Regardless, of where the shows take place, or what they are called, or which brands attend, one thing we know for sure: new watch debuts will continue.

With that said, today Cartier announced a new large Santos model with a metallic blue dégradé dial that will officially debut at SIHH later this month. The watch measures 39.8 mm x 47.5 mm x 9.08 mm tall. (Ref. WSSA0013) Retail will be approximately $6,750 on a blue leather strap and more for the steel bracelet.

The US division of Phillips Auction House, which is currently headquartered at 450 Park Avenue, will move to a much larger space at 432 Park Avenue in the fall of 2019 according to the New York Times.

Hermès will release the Arceau 78 this year in a 40 mm steel case with the company’s signature wired lugs, that are fully polished, contrasted by a matte sandblasted bezel. The dial is gray with a textured surface and features leaf-shaped hour and minute hands and distinctive hour numerals. The watch is powered by a Swiss quartz movement and retails for around $3,000.

Jaquet Droz, one of the many brands within the Swatch Group, perhaps the least well-known, has announced a new skeleton watch, in a black ceramic case. The Skelet One Ceramic case measures 41.5 mm x 12.48 mm and features a 4Hz see-through movement with a 68-hour power reserve. (Ref. J003525541)

Blancpain has released a preview of their soon to be released new Fifty Fathoms Automatic 5015 Titanium. The watch comes in a titanium case, measures 45 mm in diameter, and is powered by a 4Hz automatic movement that features three barrels good for a maximum 120-hour power reserve. Retail will be just under $15,000.