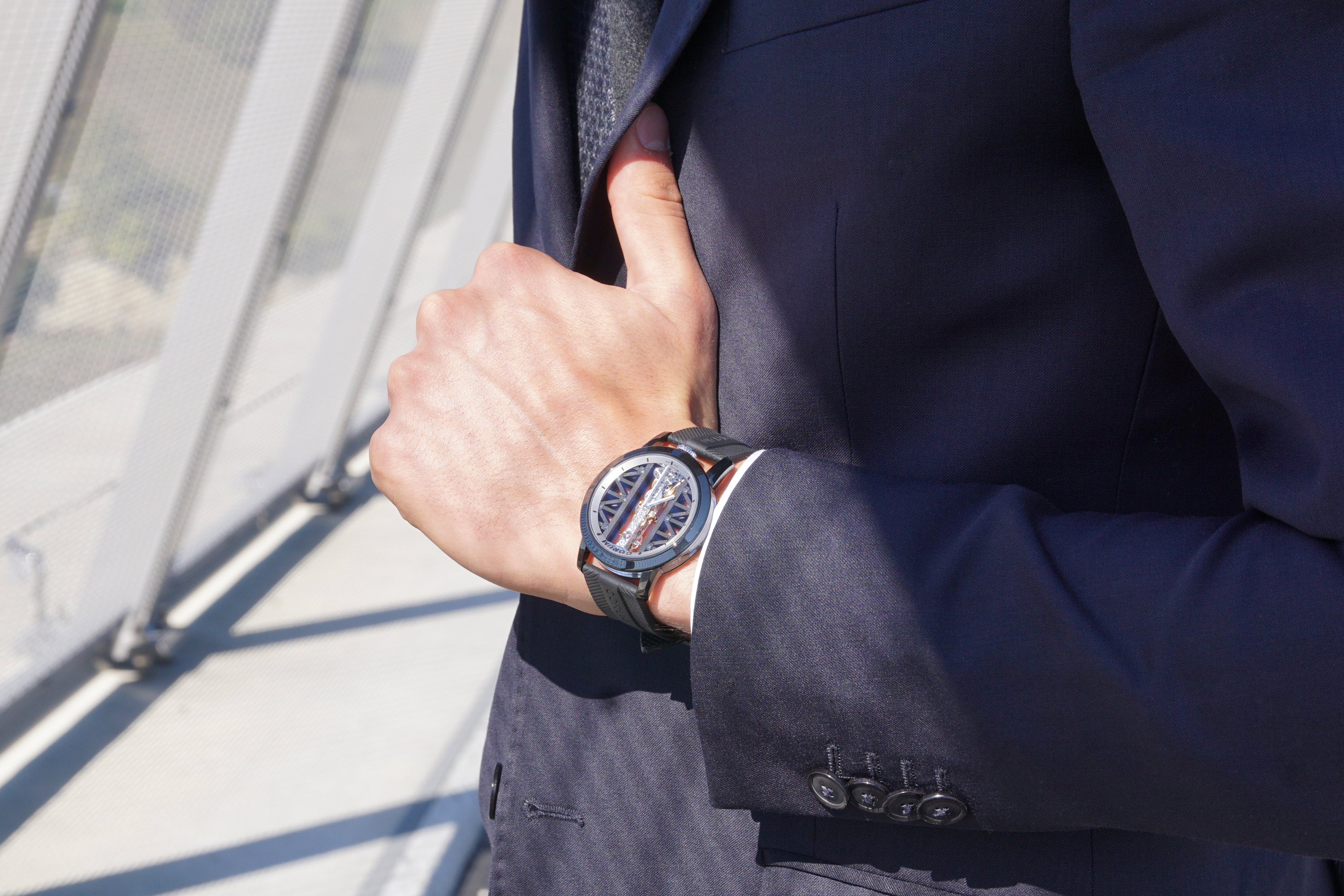 The Golden Bridge Titane DLC piece (pictured top) utilizes Corum’s signature baguette movement that forgoes the previous rectangle-shaped case for a more traditional round case. It’s available in two versions: white gold and pink gold with a variation between the two versions in the movement, the hands, the flange, the crown, and the screws which maintain the structure of both sides of the baguette movement.

This week Richard Mille Boutique NYC opened after what the company says has been a long wait and careful search for the best location resulting in an address amongst “Billionaire’s Row” which is a reference to all the new ultra-luxury skyscrapers in the area. Located at 46 East 57th Street, the two-story 4,200-square-foot flagship becomes the ninth Richard Mille boutique in the Americas.

On Monday, in London Breitling launched a limited edition of the Superocean Heritage II with Outerknown and its Co-Founder Kelly Slater, who is also a Breitling ambassador. At the same time, they unveiled the all-new Premier collection which features basic three-hand watches and chronographs and ranges in price from $4,000 to $8,700.

Save the Date: November 2-4, 2018 in the Chelsea Market in New York City Worn & Wound will be hosting the Windup NYC 2018 watch fair which is free and open to the public. This year’s fair will include over 40 brands.

A Tudor 7924 Big Crown Submariner Ref. 7924 with red triangle bezel and a gilt dial made in 1958 sold this week for a record of $162,500 at Heritage Auctions. This is the highest a vintage Tudor watch has ever sold for publicly. At the 2015 Only Watch auction, the Black Bay One, which Tudor made as a one-off for charity, sold for CHF 375,000.