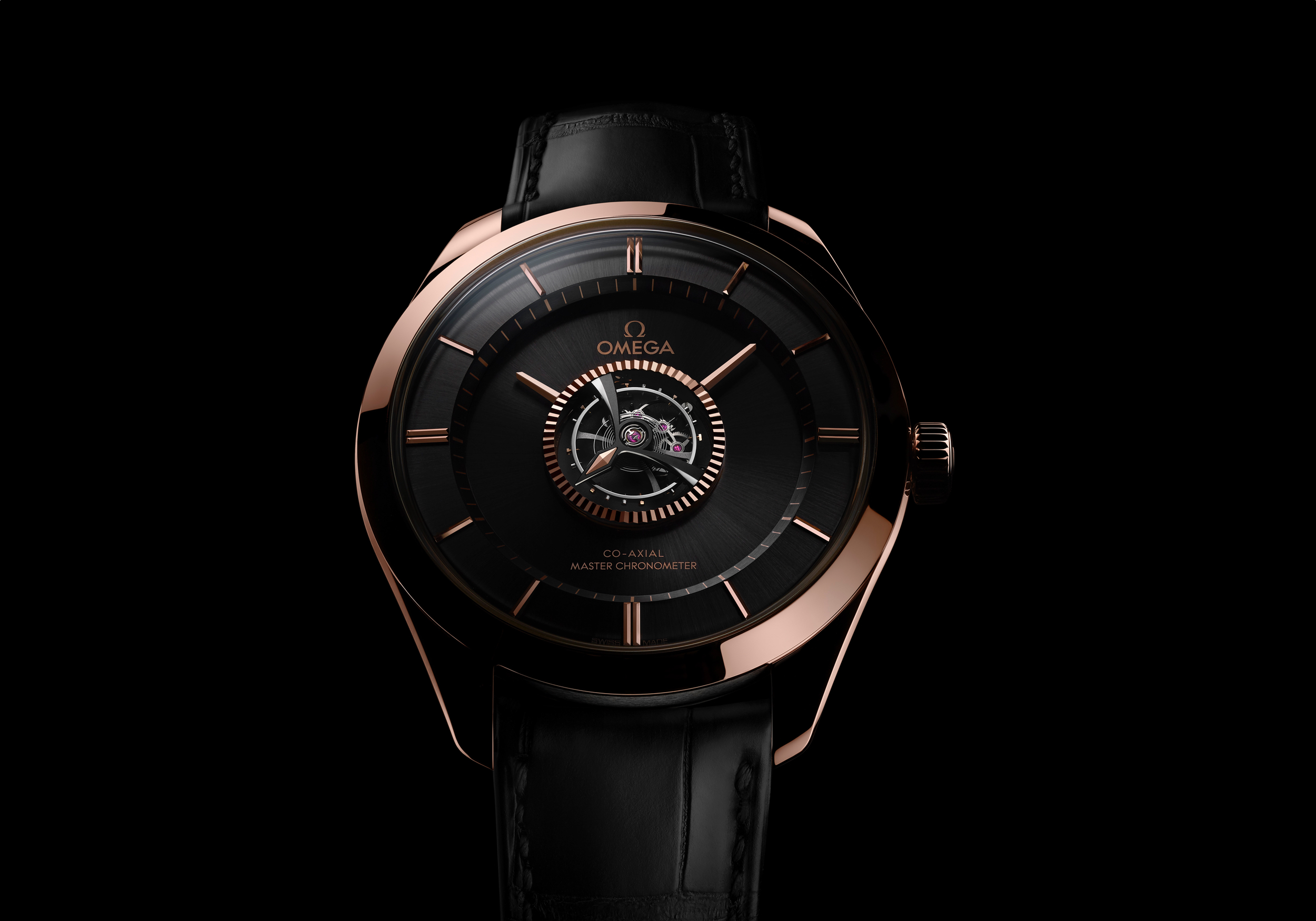 While mastery of the tourbillon is not a cash cow for a company that has the second-highest mechanical watch sales volume in the industry — largely derived from Speedmaster and Seamaster models — it’s historically been a point of importance. Underscored by the fact that a very rare 1947 Omega prototype tourbillon that sold at Phillips for a hammer price of CHF 1,428,500 in 2017. The “Tourbillon 30 I” (referring to the movement caliber 30 I) was created for three major European Observatory trials, and in 1950 achieved the highest result that had been obtained in the wristwatch category in Geneva. Moreover, according to Omega, this was the first-ever wristwatch tourbillon.

According to Phillips Watches, “In 1987, seven of these twelve movements were discovered by Omega and entirely rebuilt, they were then cased in gold and silver livery and offered to a select group of collectors.

However, whereas it was always believed that these movements had only been created to participate in Observatory trials, illustrations and information contained in letters preserved at the Omega Museum showcase plans for a 30 mm tourbillon movement to be housed in a wristwatch, at least one such movement was created thus increasing the total count of cal. 30 I to thirteen.”

Fast forward to June 2020, and Omega released one of it’s most impressive pieces of chronometry ever — a tour-de-force for the brand. Not only is Omega caliber 2640 engineered to resist the highest amount of magnetism of any tourbillon in existence while keeping the time with chronometer level accuracy, but it’s also a Co-Axial movement with a 3-day power reserve.

Further, the movement is immaculately decorated with bridges and a mainplate that are made from 18K Sedna gold, with hand-beveled edges, frosted surfaces, polished jewel sinks, and Omega’s signature Arabesque Geneva waves.

The Omega De Ville Tourbillon Master Chronometer comes in a 43 mm diameter two-tone case that’s crafted from two precious metals: 18K Canopus and Sedna gold. Canapous gold is a proprietary white gold alloy distinctive for its high brilliance, white hue, and longevity and is used for the case middle, buckle logo, and crown. Meanwhile, the lugs, bezel, and caseback of the watch are machined in 18K Sedna gold, which is Omega’s proprietary non-fading red gold alloy.

Even the sun-brushed dial was made from solid 18K Sedna gold, although it’s been given a black PVD treatment. The hour and minute hands, faceted applied hour markers, and the fluted bezel surrounding the central tourbillon are also made from Sedna gold. The tourbillon cage is constructed from black ceramized titanium, with hand-polished beveled edges, and a diamond-shaped red gold marker that acts as the second hand as the tourbillon cage makes a complete 360-degree oscillation precisely every 60-seconds.

Unlike the production line construction of Speedmasters and Seamasters, each timepiece De Ville Tourbillon has been handcrafted by a select group of horologists at Omega’s Atelier Tourbillon, taking around an entire month of dedicated work to complete. The new De Ville Tourbillon Numbered Edition comes with Omega’s 5-year warranty, and is delivered in a special box with a travel pouch and watch crown winder. In addition to the edition number being embossed in the center on the movement side, there’s also a certificate that mentions the specific number of each watch. Each De Ville Tourbillon Master Chronometer is a numbered production but is not a limited edition. (Ref. 529.53.43.22.01.001)