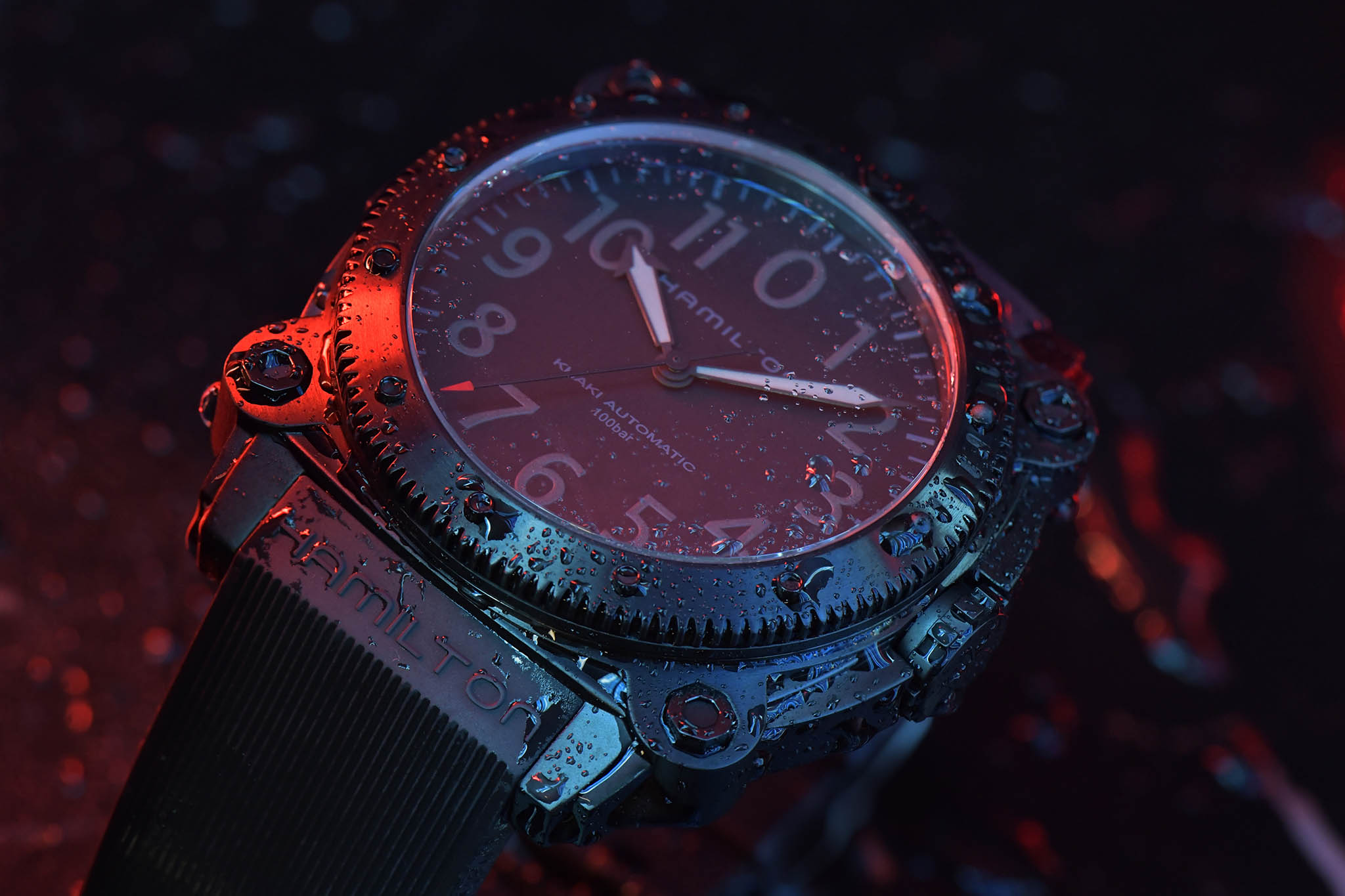 Tenet is a sci-fi spy film written and directed by Christopher Nolan and starring John David Washington (Denzel Washington’s son), Robert Pattinson, Elizabeth Debicki, Dimple Kapadia, Michael Caine, and Kenneth Branagh. Washington plays an operative for an organization known as “Tenet” and is tasked with preventing World War III. After delays due to the Covid-19 virus outbreak, the film is expected to be released in theaters on July 31, 2020.

Interestingly, for Tenet, the watch was created to not only be a piece of the wardrobe — like in Jack Ryan and Men and Black — it’s also relevant to the narrative, much like the Murph watch in Interstellar.

Presented in a black plated titanium case, black dial with large printed black luminescent Arabic numeral hour markers, and outsized hour and minute hands — this limited edition comes with either a blue or red-tipped second hand as a reference to key colors in the movie. Each version is limited to 888 pieces, and the number was chosen as a nod to the movie, as Tenet is also a palindrome (something that reads the same backward or forwards).

The case not only has a lot of wrist presence at 46 mm in diameter — it’s also quite robust with a locking crown, crown guards, multiple gaskets, and a water-resistance rating of 100 bar (or 1,000 meters). Matching the large case is a 24 mm interlug width integrated rubber strap with a 22 mm black titanium buckle.

It’s worth noting, that Hamilton Khaki Navy BeLOWZERO Tenet Limited Edition comes with a mechanical watch movement and does not features the digital screen that appears on the custom-made prop watch created for Tenet.

The translucent packaging was created by Tenet production designer Nathan Crowley and features blue or red accents, inspired by design elements in the film. (Ref. H78505332 – red,  H78505331 – blue) Retail is $2,095 and each version (red and blue) will be available for sale starting next month, in a limited edition of 888 pieces each.