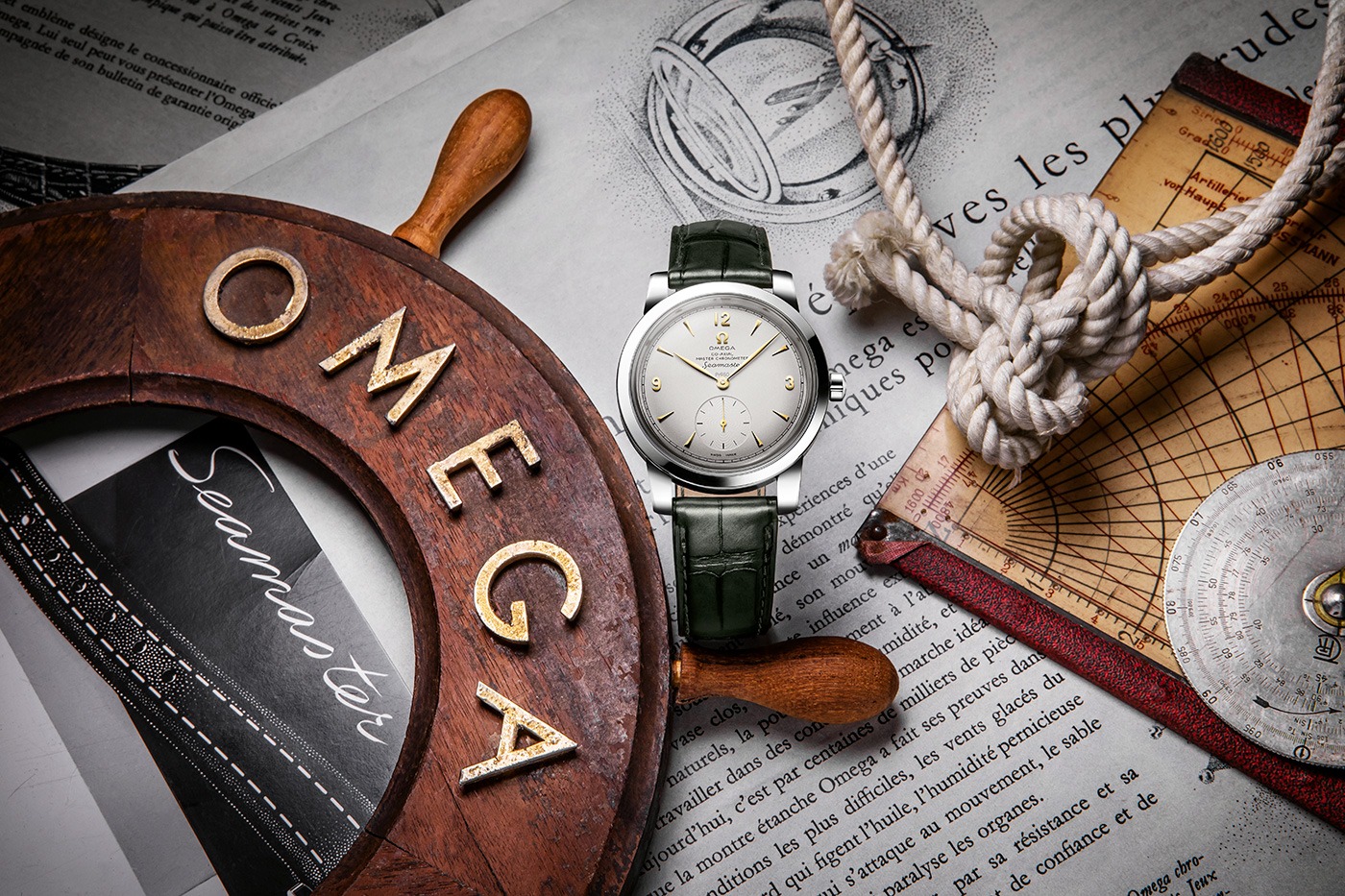 The 1948 Seamaster Limited Editions in platinum, like the steel models, come in two variants: central seconds and small seconds. Each is limited to 70 numbered pieces (compared to 1,948 each for the steel versions).

Like their steel counterparts, each watch has a METAS-certified movement inside, resistant to magnetic fields of 15,000 gauss.

The Central Second version has Dauphine-shaped 18K Sedna™ gold hands and matching indices, is presented on a brown leather strap, and is driven by caliber 8807. The Small Seconds version has yellow gold leaf-shaped hands and yellow gold indices, with hunter green strap, and is driven by caliber 8805. Both platinum models are fixed to the wrist by a polished and brushed 950 platinum buckle with a vintage horseshoe emblem Ω.