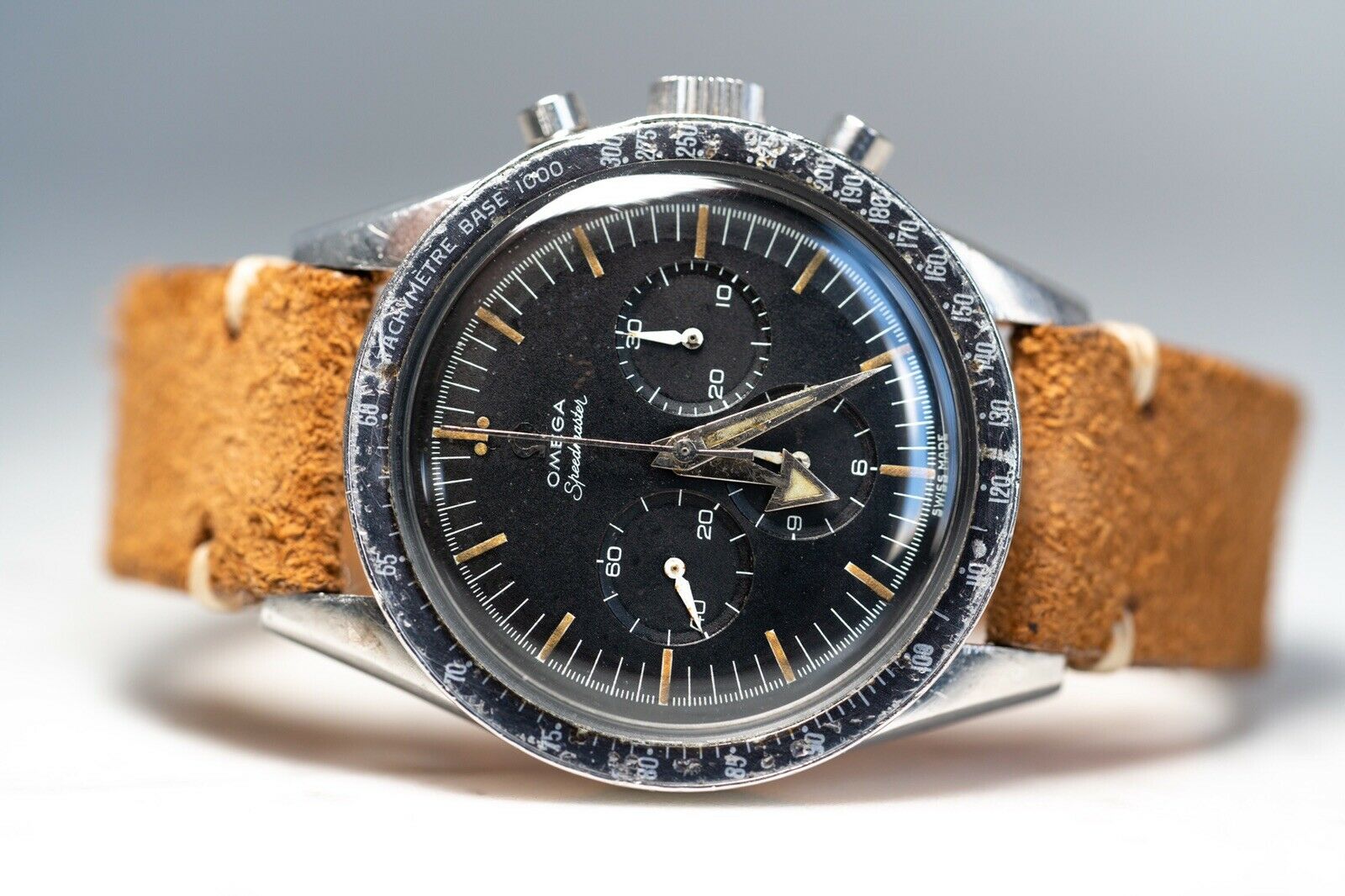 A nicely patinated, super rare Speedmaster CK2915-3 is for sale right now on eBay, with no reserve, and ends this Monday, April 22, at 10;59 am EST. There are 32 bidders with the highest being just over $48,000 at the time this article was published.

The Omega Speedmaster first came out in 1957 and is still sold today.

If you want a new Speedmaster closest to the vintage reference 38 mm 2915-3 (shown above), there’s a limited edition model which came out in 2017, has the 38 mm case, and the Broad Arrow hands that’s still available from Omega for $7,250.

Another good option is the 42 mm Speedmaster Professional, also known as the “Moonwatch” which retails for $5,350 and is a regular production model.

There’s also a third new Speedmaster option, which comes is a 40 mm diameter case and has the Alpha hands and runs $5,300 on a strap.

All three modern Speedmasters are powered by caliber 1861, not caliber 321, like the vintage Speedmaster CK2915 (shown above).

The third iteration of the original Omega Speedmaster, a transitional model (Ref. CK2915-3) came with either a black or steel bezel, broad arrow or Alpha hands, and a few other variations that make them harder to precisely value. They all came with the coveted column-wheel equipped caliber 321 movements, and are all from 1959, which means they are pre-moon Speedmasters (Wally Schirra wore the first Omega in space in 1962 with a reference 2998 which superseded the CK2915 references).

This particular CK2915-3 iteration comes with Broad Arrow hands and a black bezel. The seller Steve Hallock, who used to be the US brand manager for MB&F, said that this is from his personal collection and stated this about the condition:

“The hands have been relumed at some point, otherwise the case is very thick and sharp, dial is a beautiful color, movement running well, etc.”

With the auction houses constantly pumping up the prices of vintage watches, it’s a nice change to see something such as this selling on eBay, with no reserve. Sure, Hallock, who owns TickTocking wants to make as much as he can on this sale, but he’s not overselling or overhyping it that way some sellers of vintage tend to do.

It’s worth noting, that last year a Speedmaster 2915-1 broke the all-time record Speedmaster record at auction, setting the bar at $408,500.