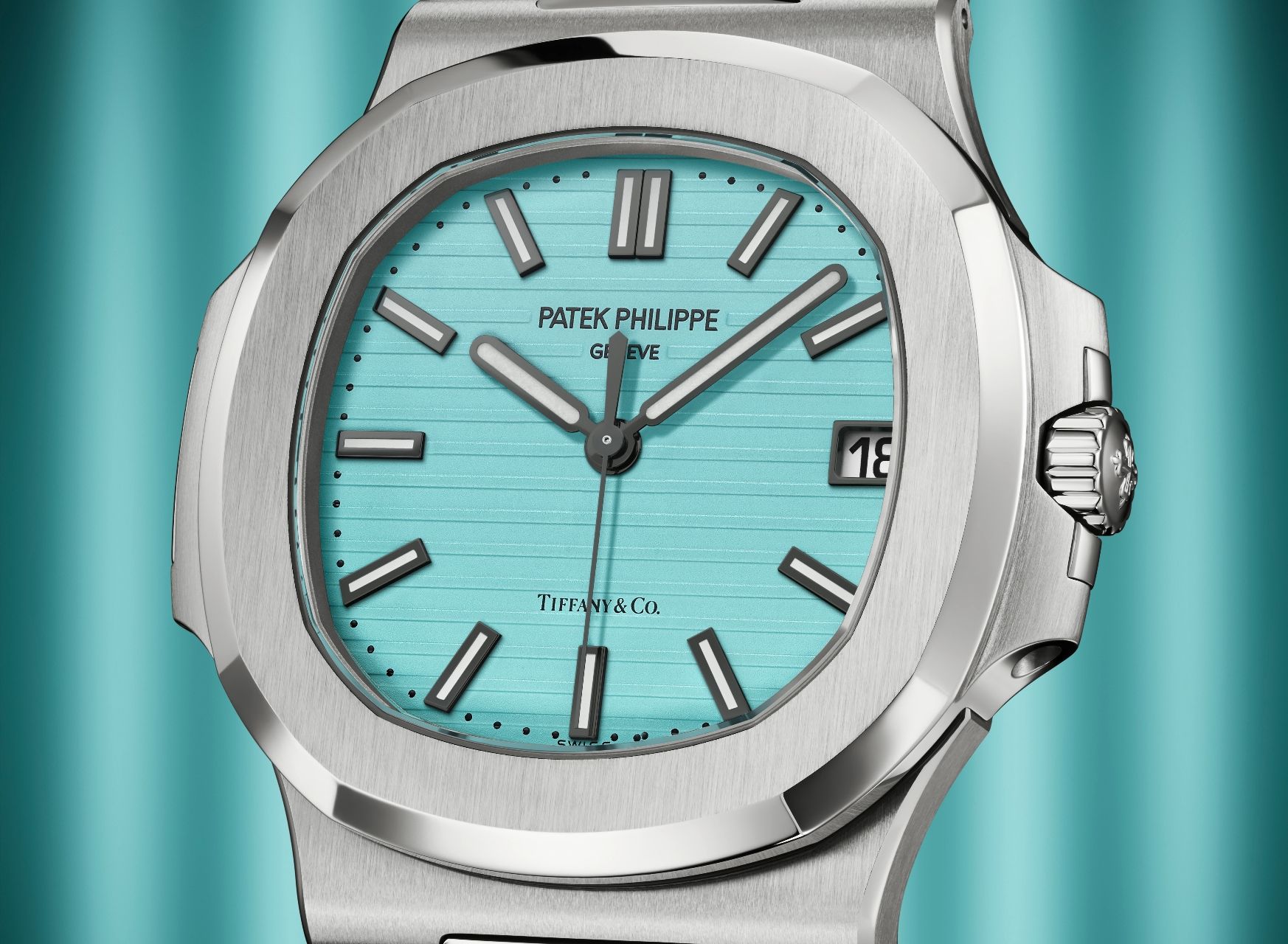 Tiffany & Co was the first US retailer to carry Patek Philippe timepieces — their partnership dates back 170 years.

As a special gift from the CEO of Patek Philippe, Thierry Stern, the Swiss company has created a very special limited edition Nautilus 5711 that’s not just stamped with the Tiffany & Co dial — which already carries a high premium — but is also decked out in Tiffany’s famous light pastel blue hue.

The Nautilus Ref. 5711/1A-018 will be limited to just 170 pieces, that the retailer, now owned by LVMH, will have to divvy up to their best clients. The demand will of course exceed the supply by a significant amount, which is a signature of how the big Swiss four — Rolex, Audemars Piguet, Richard Mille, Patek Philippe — operate nowadays.

Interestingly, Thierry Stern told CNBC “I put something secret in the back of the watch.” And while we have no confirmation of what detail Stern is referring to, it could simply be that “LVMH” was added vertically in very small font to the “1” of the “2021” print on the caseback, which is a nod to the fact that the French luxury group, LVMH, bought Tiffany & Co. for $16.2 billion in 2020.

One of the 170 Patek Philippe Tiffany & Co Nautilus 5711s will be auctioned by Phillips on December 11th, in New York, with the proceeds going to the Nature Conservancy, a charity chosen by Bernard Arnault, the CEO of LVMH.

According to CNBC, each of the lucky buyers will be able to own this final reference of the Nautilus 5711 for approximately $52,635. The allocation will be exclusively available at Tiffany & Co boutiques in New York, San Francisco, and Beverly Hills