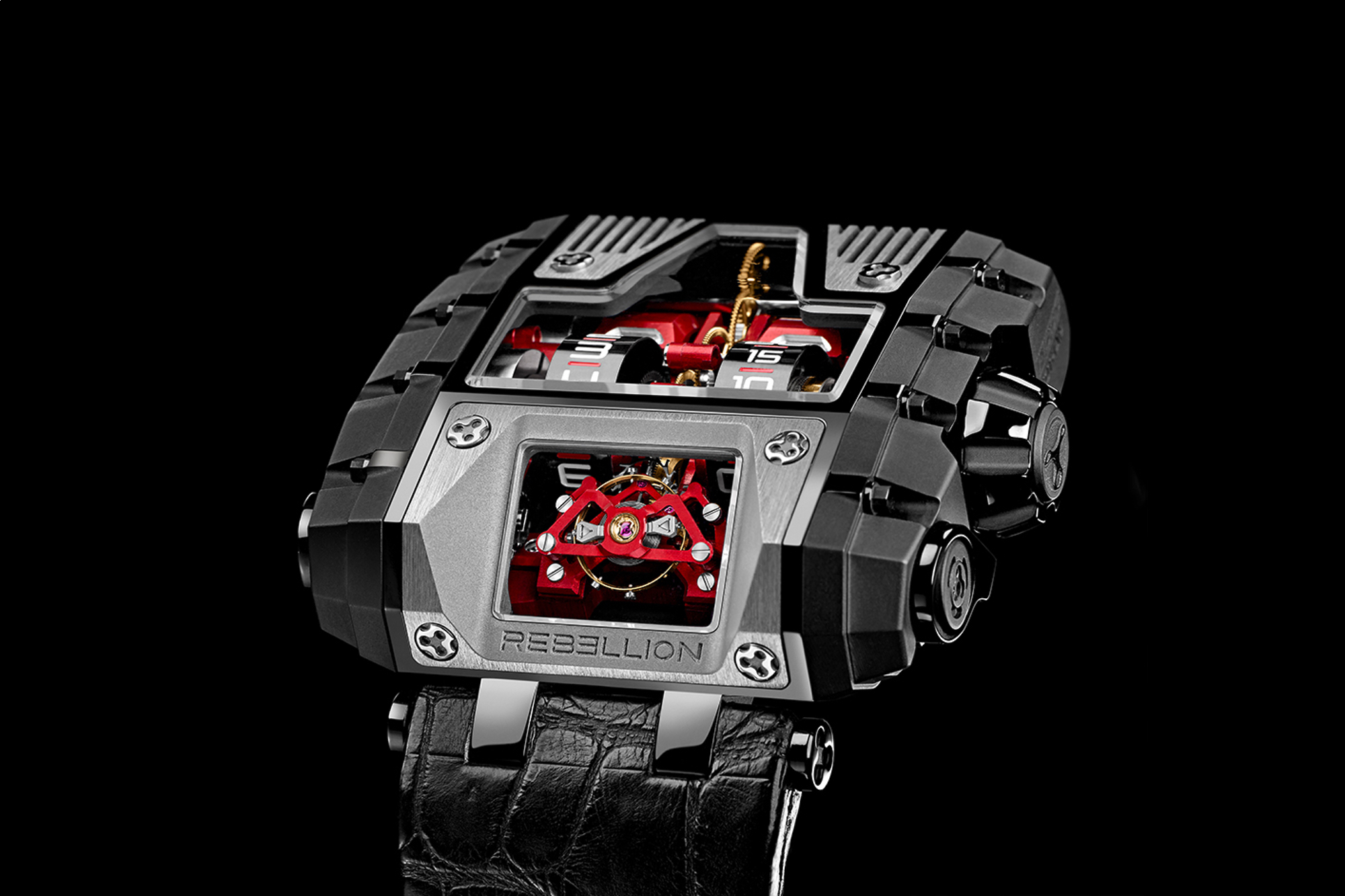 This is the new Rebellion T-1000 Gotham which will be officially launched at Baselworld later this month. The T-1000 Gotham is being produced in a limited edition of 25 pieces. It will be available in two different combinations of natural and blackened titanium, with a choice of a black, gold, red (shown), blue or purple movement.

The case measures 52.2 x 47.9 x 18.2 mm — it is anything but small. Inside, is a unique movement, caliber REB t-1000, featuring a double hairspring inclined at 39° powered by a patented system of six mainsprings wound in parallel by two chains. The proprietary manually wound movement features manual winding via an integrated winding level that is located on the case back. The movement consists of 693 total components, 14 of which are ceramic jewels, as well as 22 rubies. It beats at 18,000 vph (2.5Hz). And thanks to the 6 power barrels, it has a power reserve of over 1,000 hours (which is more than 41 days). 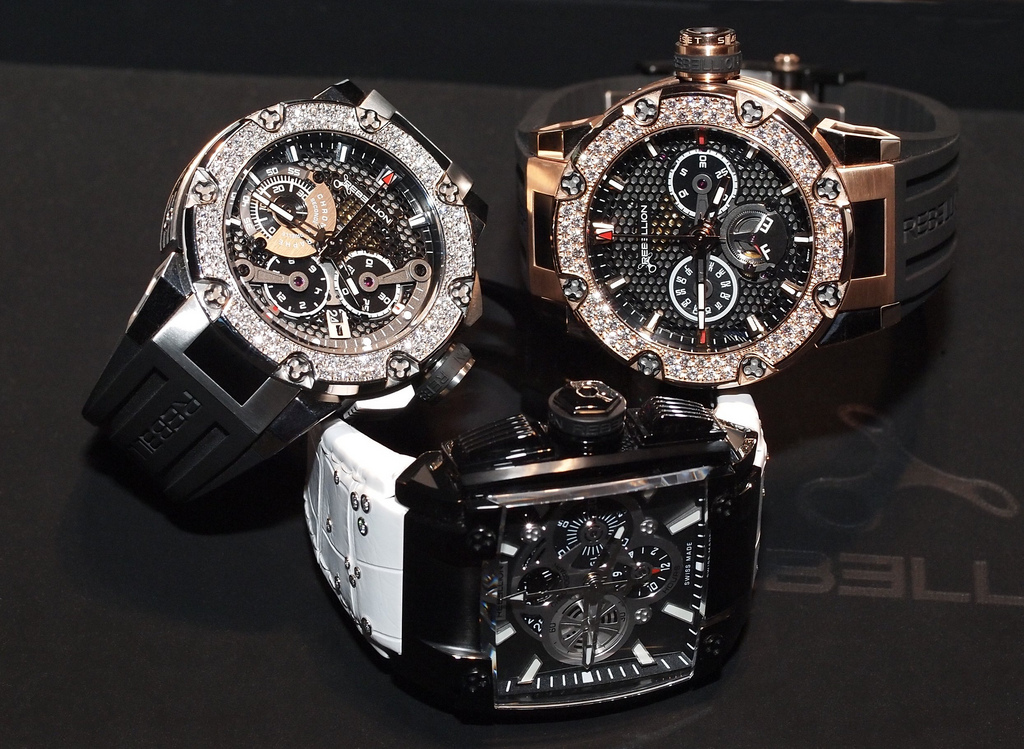 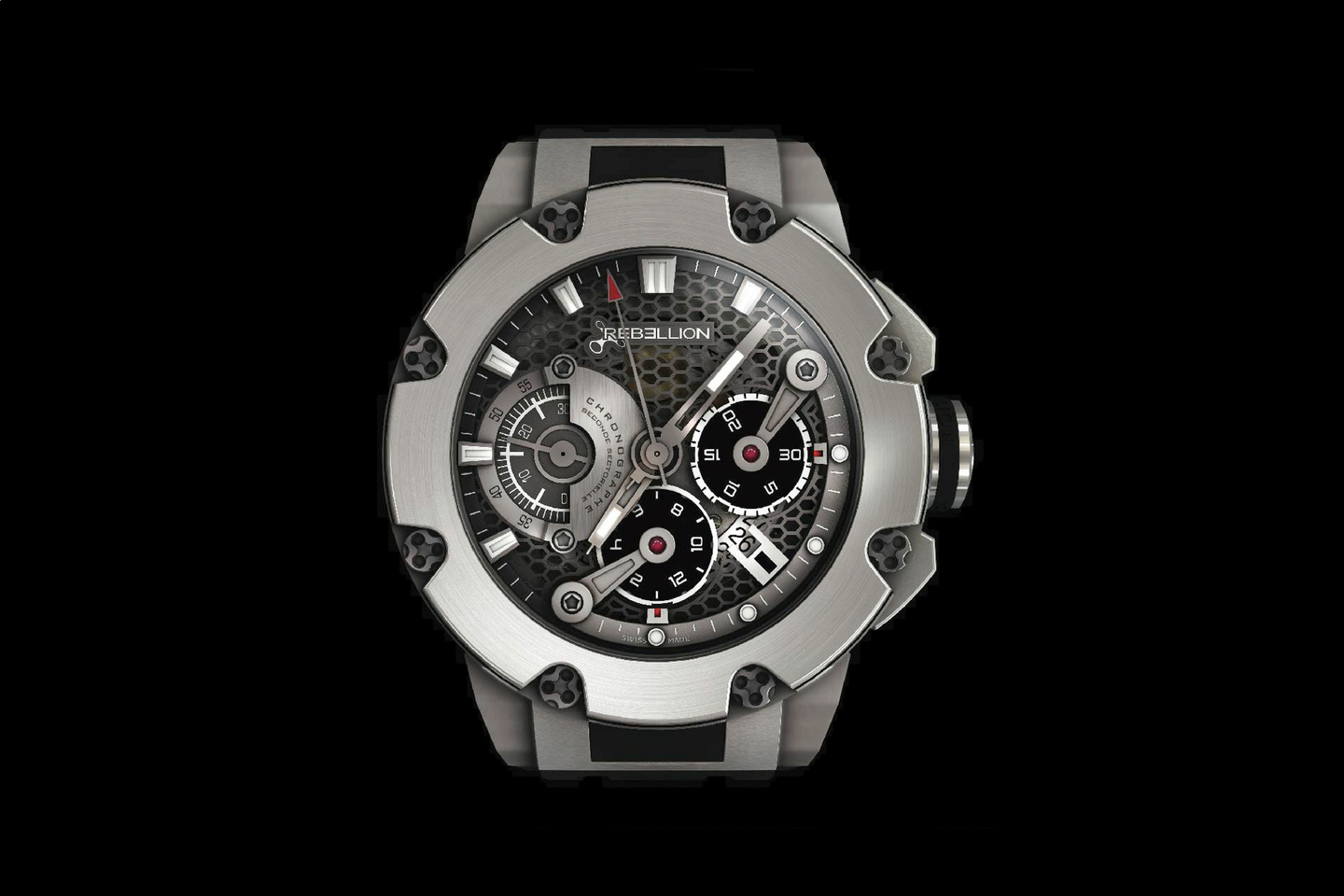 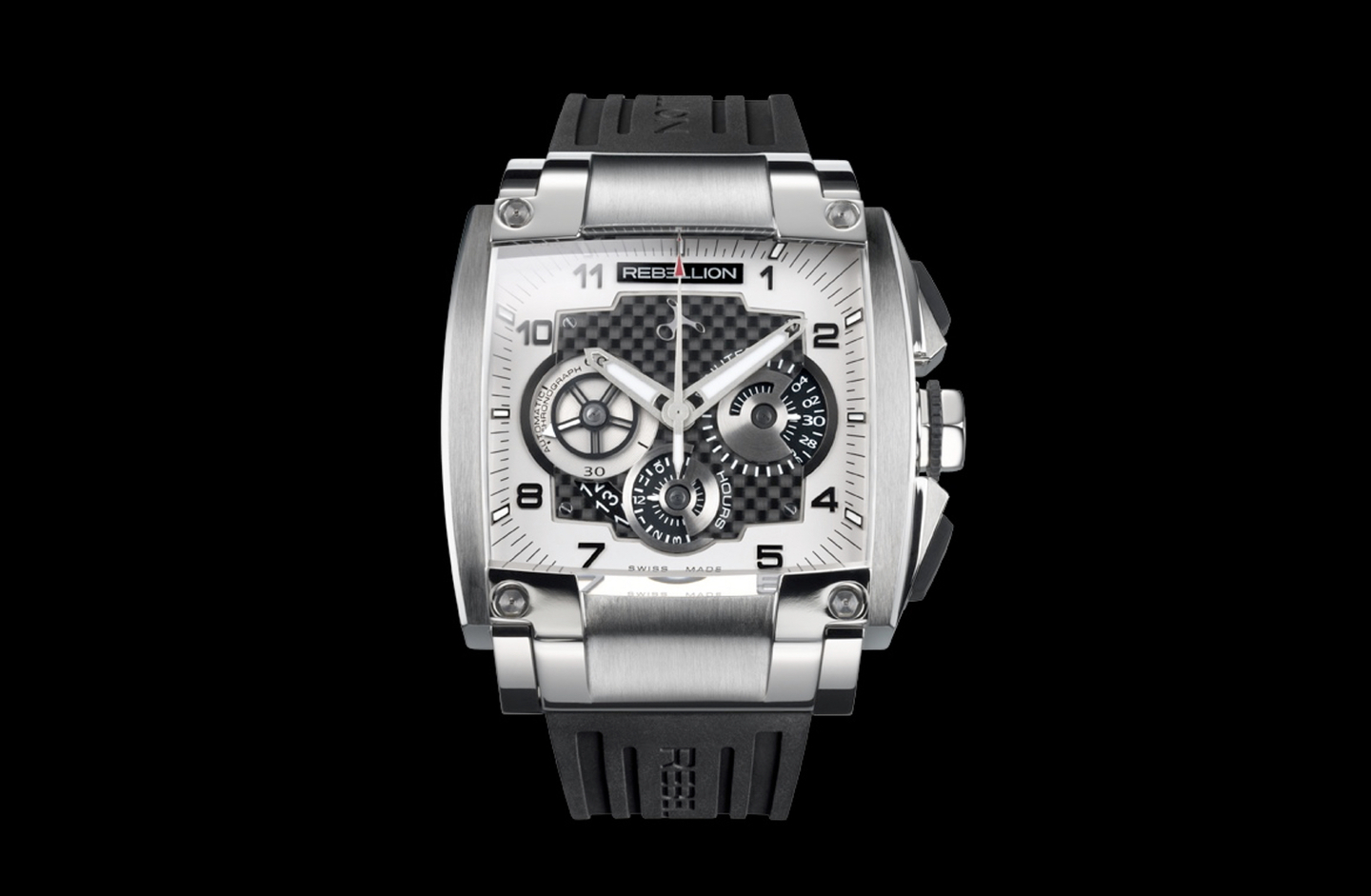