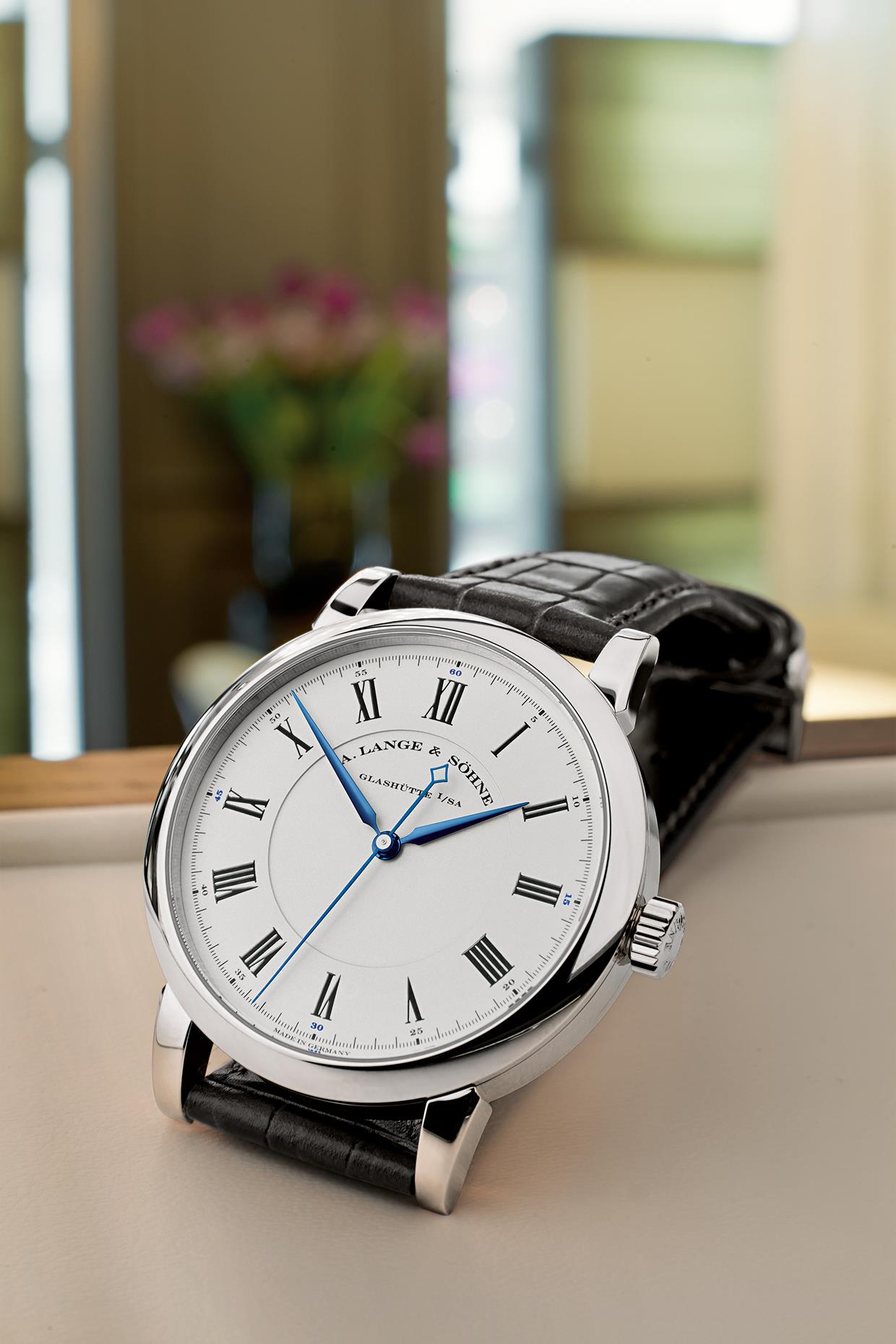 Originally launched in 2006, the Richard Lange by A. Lange & Sohne, which is an observatory chronometer (high precision timepiece originally produced for scientific work – more accurate than a typical chronometer), and was only ever produced in rose gold, yellow gold and platinum — is now available in white gold.

The new timepiece features the same dimensions, movement and dial as the other Richard Lange models. It is 40.5 by 10.5 mm, has a solid silver, argenté dial with printed Roman numeral hour makers and blued steel hands. Inside, is Lange manufacture caliber L041.2, which is manually wound with 199 total components, 26 of which are jewels and 2 screwed gold chatons. Power reserve is 38-hours when fully wound.

The movement is, of course, crafted of the best materials and finished to the most exacting standard. From untreated German silver plates and bridges, to its hand engraved balanced cock, and immaculate hand decoration. Not to mention that it is is precision-adjusted in five positions and has been assembled and unassembled twice before being delivered for sale. This particular variation will be available at one of the brand’s 11 worldwide boutiques: Dresden, Shanghai, Tokyo, Seoul, Hong Kong, Lisbon, Abu Dhabi, Dubai, Singapore, Palm Beach and Paris.