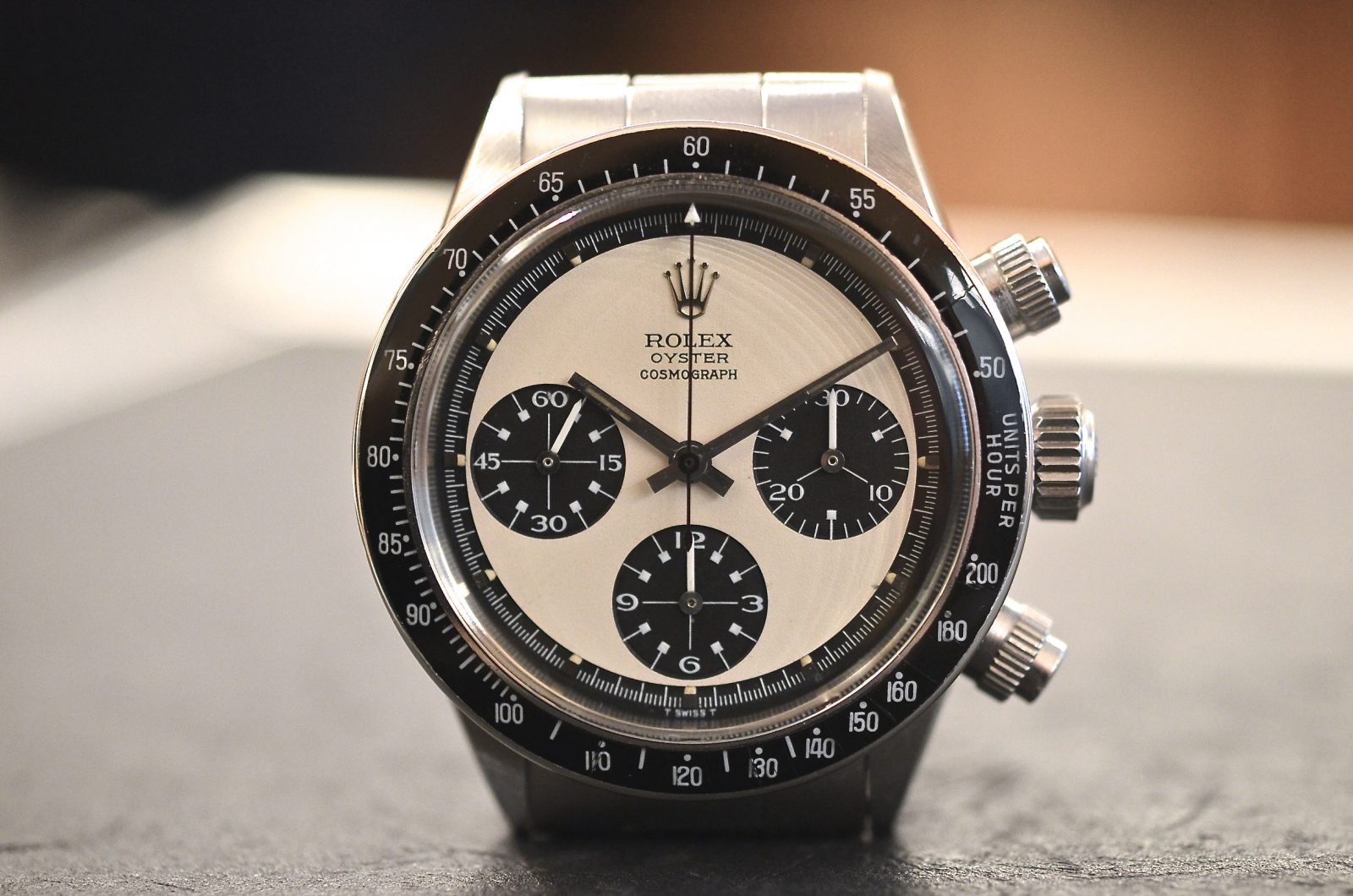 A segment on the PBS series Antiques Roadshow which was shot in Bonanzaville, USA (a history museum complex) located in West Fargo, North Dakota that aired this week shows an Air Force veteran’s incredible reaction after being told the value of his new old stock Rolex 6263 Paul Newman Daytona.

The watch was ordered in November 1974 and picked up in April 1975 $345.87 (with a 10% discount) from the exchange store on the military base where he was stationed in Thailand. While the veteran explained he purchased the Rolex initially to go scuba diving, he never ended up wearing it and instead, it sat in a safe deposit box for all these years.

The appraiser Peter Planes of Luxe Auctioneers explained to him that this was a rare 1971 “Paul Newman” Rolex Oyster Cosmograph Ref. 6263, which has a rare mark II dial marked “Oyster” that references its screw-down pushers. He then went on to say that a watch like this would sell for $400K — which was so shocking that he literally fell over backward.

After he got up, the appraiser went on to explain that this watch was manufactured in Q1 1971 based on the bracelet hallmark and that it’s basically new old stock, meaning it has never been worn, and if it had been worn the intact foil sticker on the back would be worn off. He also pointed out that the watch still has a blank Rolex warranty paper, original brochure, two receipts, the original box, and even the outer box — making the watch complete and worth between $500k-$700K.

While this is not Paul Newman’s Paul Newman Ref. 6239 that went for $17.75 million in 2017, it does have a similar Panda dial and is in far better condition. In fact, it’s probably one of the best Ref. 6263 Paul Newman Daytonas that are known to exist, considering the condition. It would not be a stretch to say that with all the publicity (this story has been covered by countless publications already) if he sells this through the right outlet he might actually get a million dollars or more. Why? Every serious collector with the funds to buy this mint Paul Newman probably wants to do so right now — and if they are all fighting for it, presumably in an auction, the number achieved could be quite high.