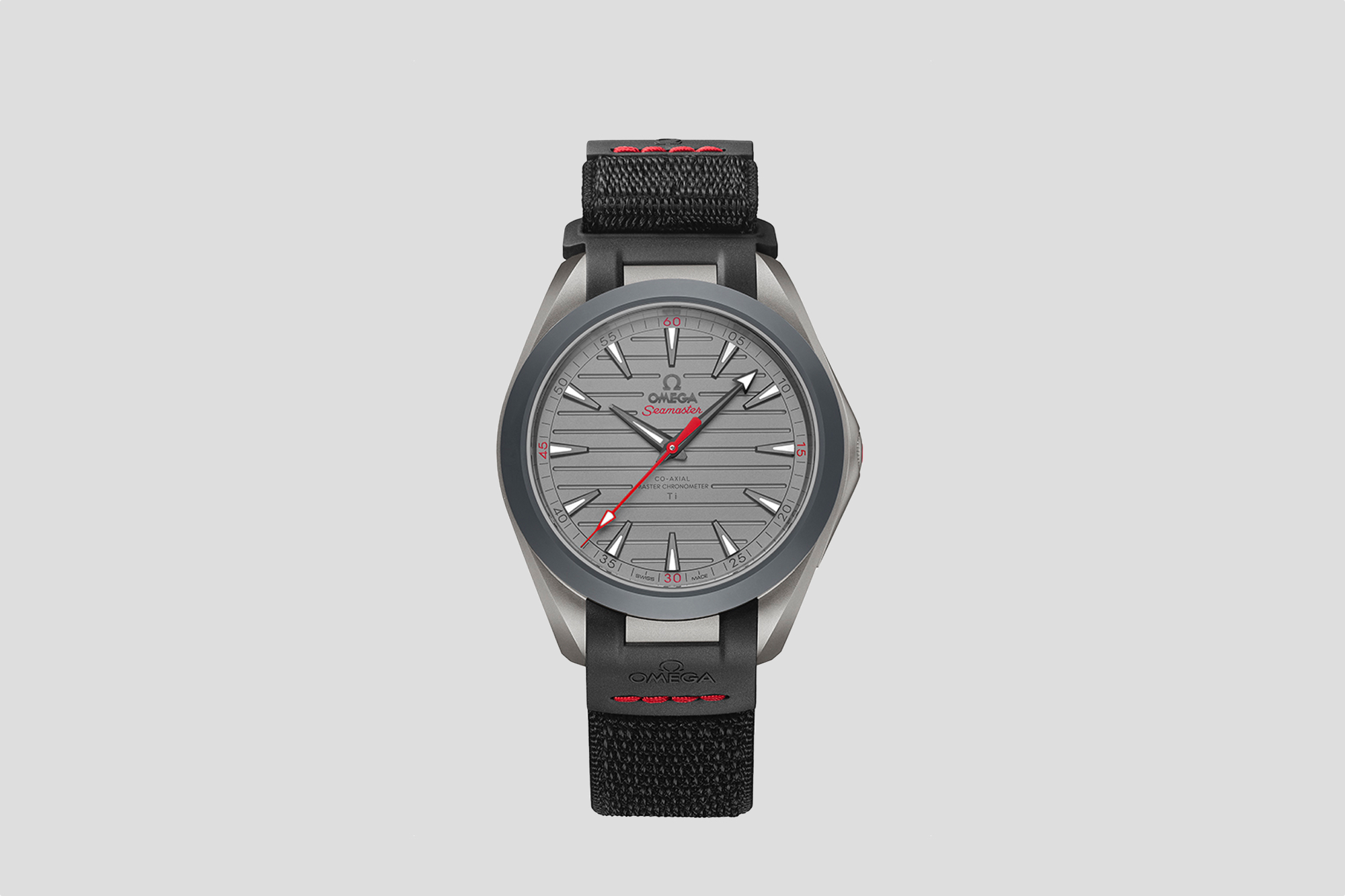 Today, as you’ve likely seen across the internet, Omega announced a new ultra-light watch with a case, caseback, and crown machined from gamma titanium. The material is used in aeronautics thanks to its resistant properties and because it’s harder and lighter than conventional titanium alloys.

The 41 mm diameter Seamaster Aqua Terra Ultra Light will be worn by Omega golf ambassadors, such as Rory Mcllroy, who is helping with the development presumably demanded a watch that’s light and unobtrusive in order to wear it seamlessly while competing. This utilitarian design consideration is most apparent not just in the lightness of the watch – which is excellent, although a small vintage watch can easily weigh just 55 grams – but in the design of the crown. Omega’s new crown design is referred to as a “push-in” crown but it does not mean than in the traditional sense where we typically have “screw-down” or “push-in.” Also referred to by Omega as “telescoping” the crown literally pushes in so that it’s flush with the case, to prevent digging into your wrist while playing golf, as well as other sports. However, it’s also a “screw-down” or “locking” crown.

In addition to the gamma titanium used for the core case components, the dial is made of grade 5 titanium, which is a more typical material used in watchmaking compared to gamma titanium, although using it for the dial is uncommon and helps decrease the watch’s total weight. The fixed bezel is manufactured from lightweight ceramic, in a color slightly darker than the case, and also helps to keep weight at a minimal.

Finally, driving the hours, minutes, and seconds hands, the latter of which is made from lightweight aluminum, is a new manually wound movement: Omega caliber 8928 Ti. It’s Omega’s first titanium movement and it’s made of ceramized titanium actually, which is not quite the same as regular titanium yet it does feature a dark color hue and reduces friction between components. The movement is a Master Chronometer with a Co-Axial escapement, with a very robust traversing balance bridge, and can thus withstand significant impacts, as well as magnetic forces. The power is supplied by twin parallel barrels and has a maximum reserve of 72-hours.

The entire watch is matte-finished to prevent glare. Water-resistance is 150 meters. Each watch comes with both a rubber and fabric strap (adjustable) and will be available in three colors – red, blue and green and will be available on online and in Omega boutiques in the US starting early 2020.