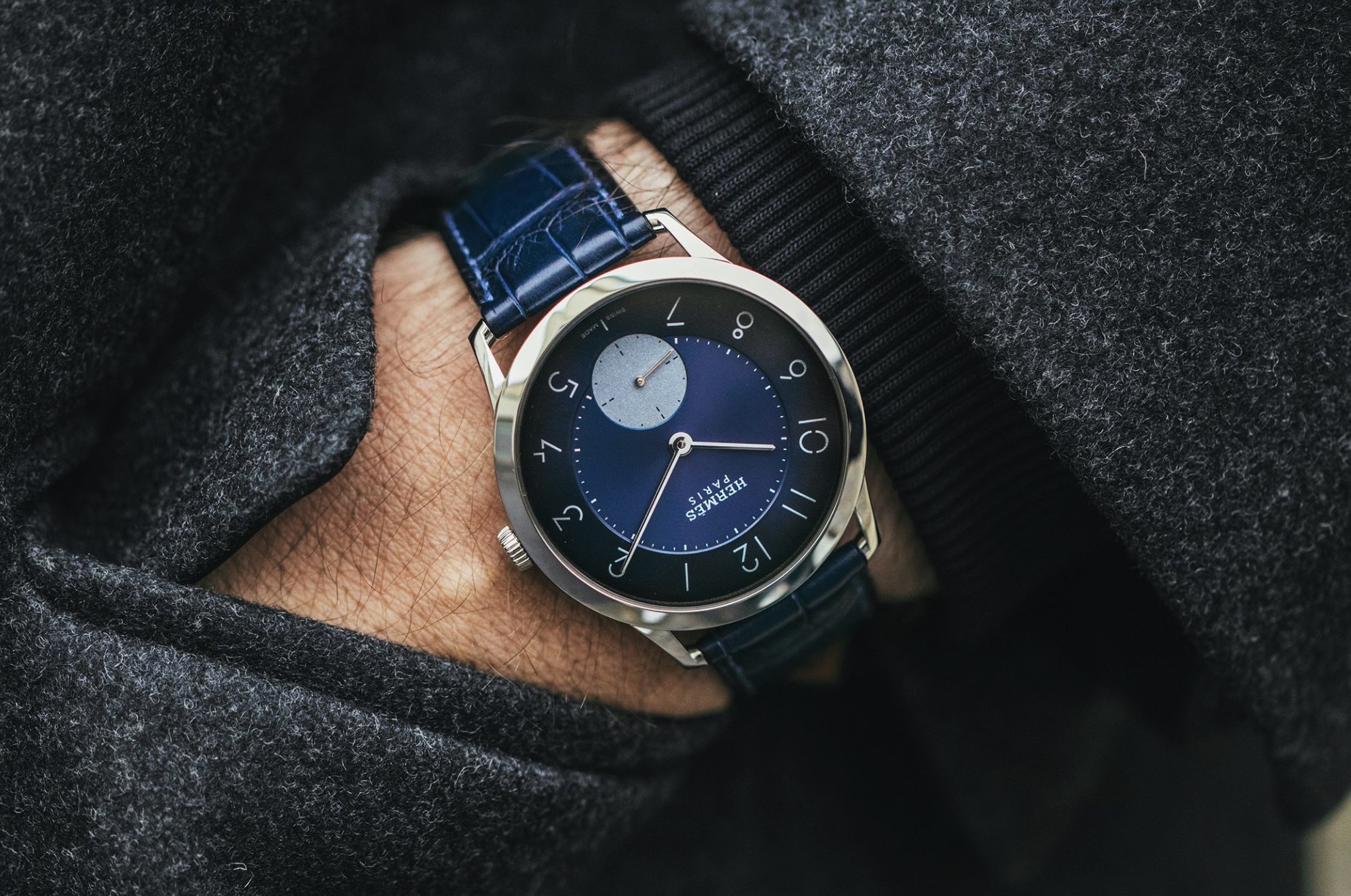 Originally introduced in 2015, the Slim d’Hermès watch by Hermès – which was designed by La Montre Hermès creative director Philippe Delhotal and features a unique typeface created by Parisian designer Philippe Apeloig – has a been a major success Hermès, a company more known for leather goods than wristwatches.

In partnership with watch magazine and retailer, Hodinkee, Hermès produced blue limited editions of the original Slim d’Hermès, from 2015, and the Slim d’Hermès GMT from 2018, available exclusively at the Hodinkee Shop. Not surprisingly, as has happened with all of the past limited edition Hodinkee timepieces, the entire supply – which totaled 124 timepieces available for sale starting at 10 am Thursday, December 13, 2018 – sold out within the first day (likely within less than an hour).

This partnership with Hodinkee is particularly rare considering the famous Parisian luxury good manufacturer has only done a timepiece collaboration with two other companies: Apple and Jaeger-LeCoultre.

Both watches have a deep blue dial that was achieved via a complex, multi-stage galvanic dial treatment. The dial appears to have a subtle vignette thanks to a smoked crystal on the perimeter. Contrasting the blue are frosted silver small seconds on the former and GMT subdial on the latter. The stick hands are half polished and half frosted. The silver numerals feature the same original Apeloig-designed typeface. The dial appears to have a subtle vignette, though it is actually due to a smoked crystal offering a dramatic edge to the dial of the watch.

Vaucher-made movements drive the functions on each watch and are automatically wound via a micro-rotor, with a power reserve of 42-hours. Referred to internally as caliber H1950, each movement has been custom finished exclusively for Hermès.

On the back of each limited edition are caseback engravings including the edition number “X/100” or “X/24” and “Edition HODINKEE.” Either version comes with a hand-cut and stitched Hermès blue alligator leather strap.