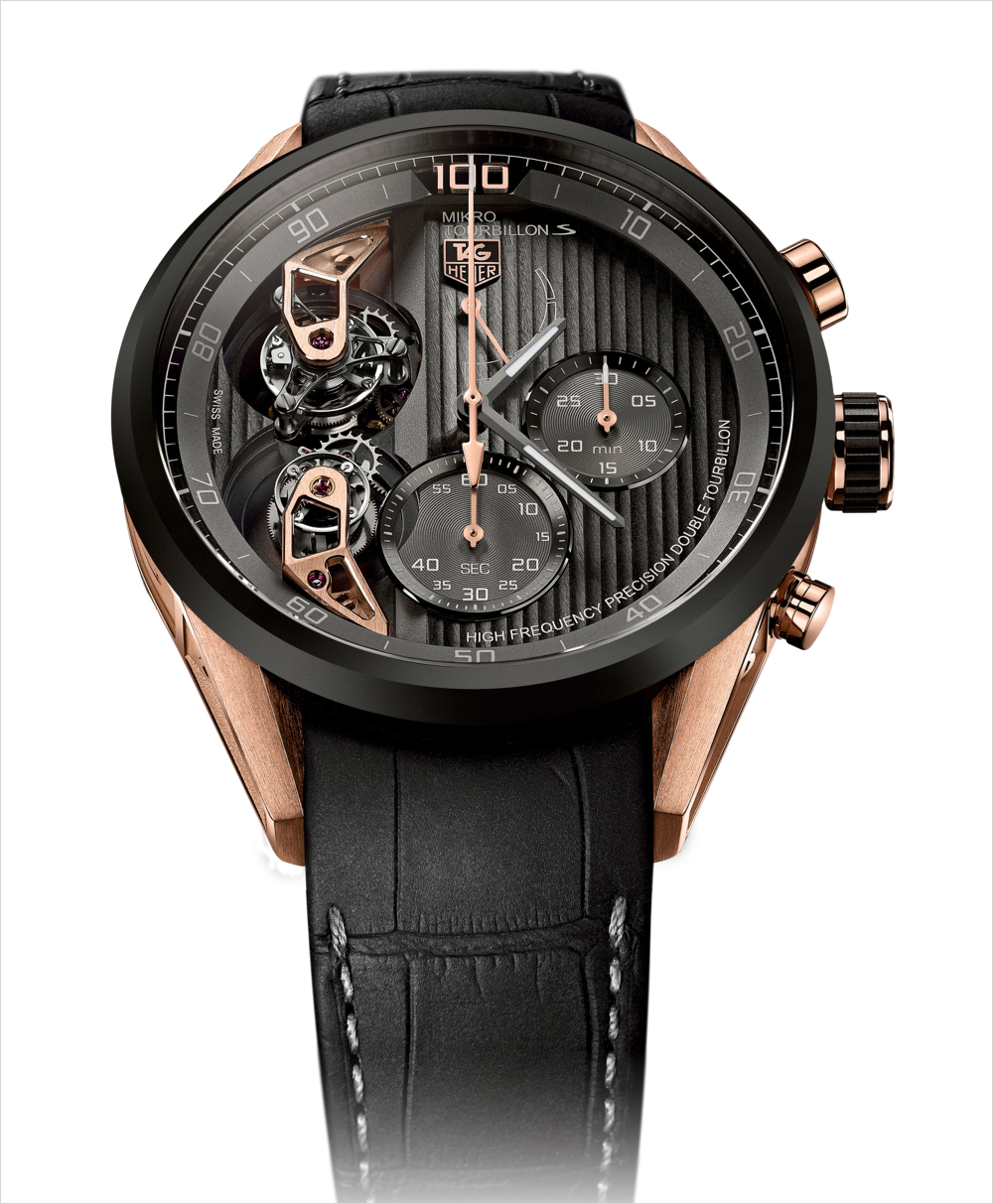 Introducing the TAG Heuer Mikrotourbillon S, a wristwatch equipped with two tourbillon escapements, one for the chronograph and the other for timekeeping. The functions runs autonomously of one another.

“According to Semon, every component for the Mikrotourbillon S mechanism, with the exception of its two hairsprings, is made in-house at TAG Heuer’s La Chaux-de-Fonds factory.”

Unlike many cutting edge timepieces, the Mikrotourbillon S is not a concept, it will be for sale very soon. The price is $225,000.