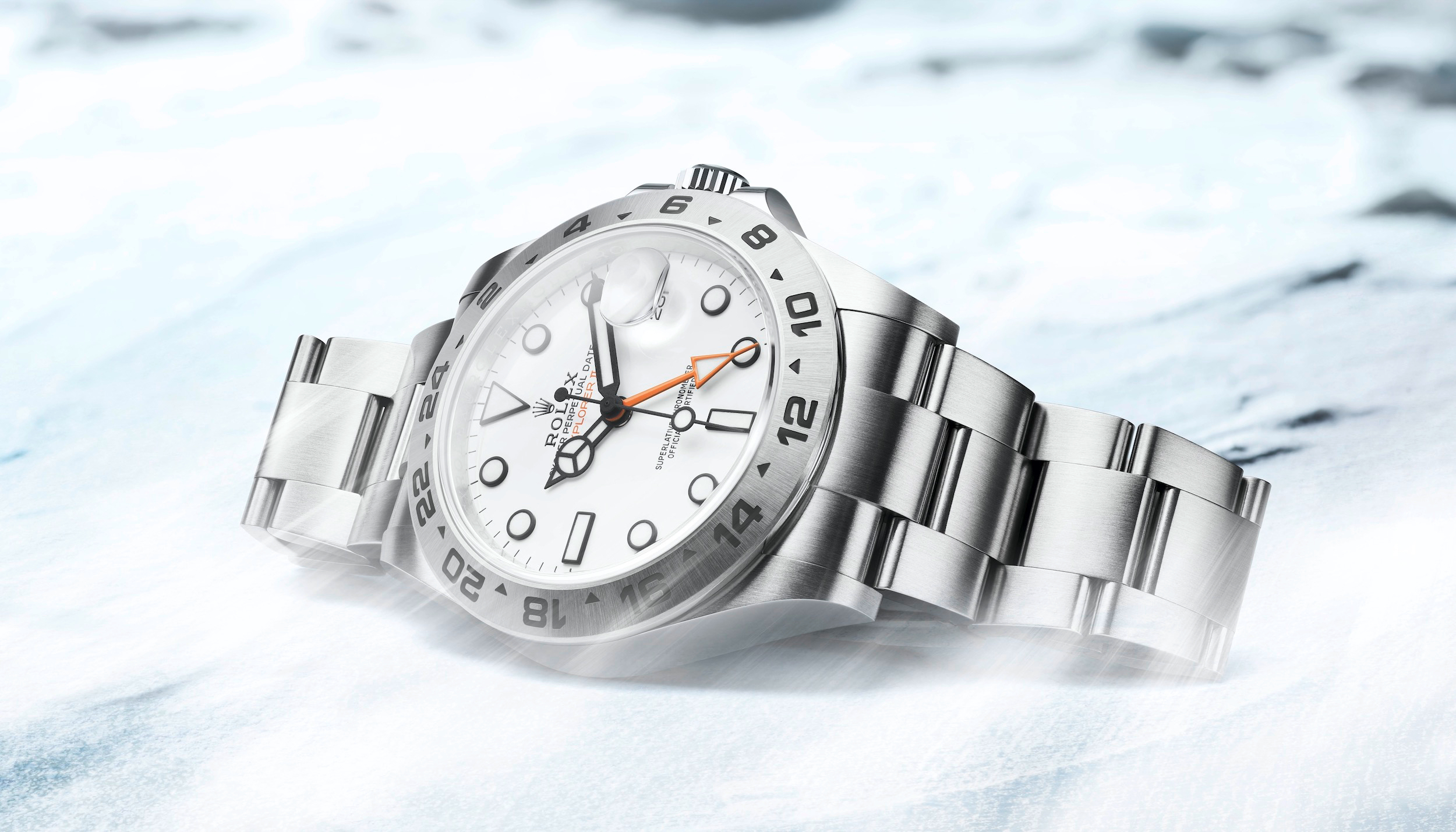 Rolex has redesigned the Explorer II case and bracelet, and it’s now equipped with the new caliber 3285.

Originally launched in 1971, the Explorer II maintains a 42 mm Oystersteel case and has received an update to both the white (polar) and black dial versions for 2021. With this update, reference 216570 is replaced by reference 226570.

While the new 226570 case and bracelet have received a subtle redesign, the aesthetic of the Explorer II with the white lacquer dial features the same PVD applied hour markers and hands. The black dial, with polished applied markers and hands, also retains the same look as the outgoing model. Appearing first in 2011, the signature orange “EXPLORER II” font, and the large arrow-tipped orange lacquer 24-hour hand, are unchanged.

What’s new, beyond the case and bracelet, is the use of Rolex’s caliber 3285 which also powers the latest GMT-Master II watches. The 4Hz automatic movement has a Chronergy escapement for enhanced efficiency, a blue Parachrom hairspring which reduces magnetism, a power reserve of 70-hours, and is a Superlative chronometer with -2/+2 accuracy.

Additionally, the new Explorer II has received an optimized Chromalight application which now lasts longer and has a brighter white hue during the day.

Lastly, the Oyster bracelet on this new watch features the Rolex-designed and-patented Oysterlock folding safety clasp, which prevents accidental opening. It is also equipped with the Easylink comfort extension link, which allows the wearer to easily adjust the bracelet length by approximately 5 mm. In addition, a concealed attachment system ensures seamless visual continuity between the bracelet and case.