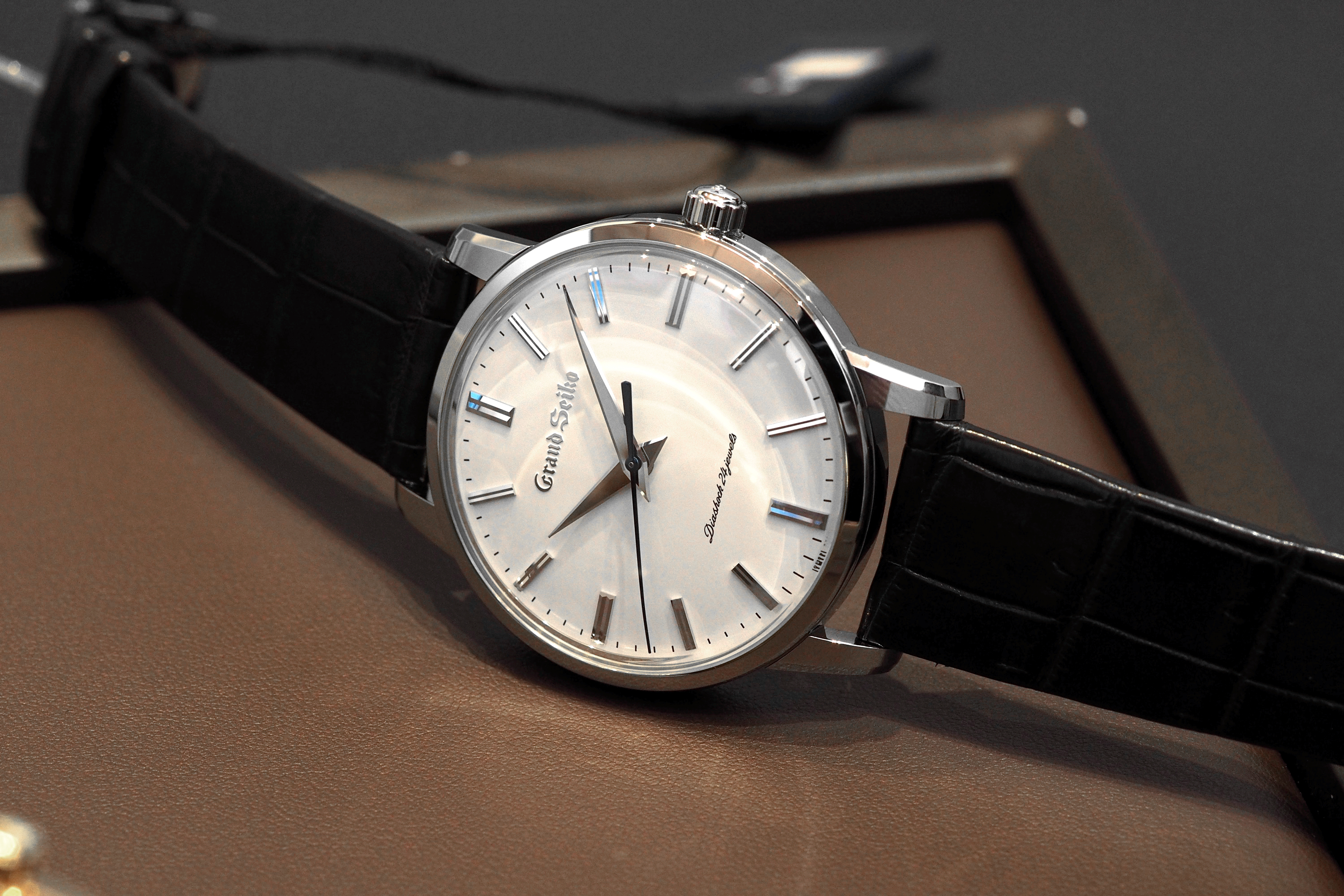 Most of the first Grand Seiko models were made in 80-micron gold-filled cases, along with a small number of platinum cases. The new re-editions are available in either 18K yellow gold, solid 950 platinum, or stainless steel. The latter of the three metals was not offered in 1960 when the first Grand Seikos came out.

This photo, taken at Baselworld 2017, is of the stainless steel Grand Seiko (Ref. SBGW253G), which apart from the metal, is aesthetically very close to the original. In fact, the case is virtually identical to the original Grand Seiko from 1960, except its been increased from 35 mm to 38 mm in diameter and it’s a fraction of a millimeter thicker at 11.2 mm.

Naturally, like the case, the movement has been modernized as well. The first Grand Seikos used caliber 3180 Diashock manual-wind movements. This re-edition, however, uses manually wound caliber 9S64 which beats at 4Hz, has 24 jewels, and a 72-hour power reserve. Accuracy has been tested to -3/+5 seconds per day.

For the dial, much of the design has been retained from its predecessor as well. The new movement has one less jewel, which is marked as such on the dial at 6 o’clock. Also, the printed star emblem has been omitted from the dial at 6 for the steel version.

Otherwise, the prominent facetted blade-like Dauphine hands are the same, as our the facetted double-baton indices.

The Grand Seiko lion emblem is embossed in 18k gold in the center of the steel caseback. Water-resistance is 30 meters.

Editor’s note: The platinum and gold versions are .5 mm thinner, and the platinum version has been tested to a slightly higher level of accuracy (-1/+5) despite using the same movement as the other two versions.