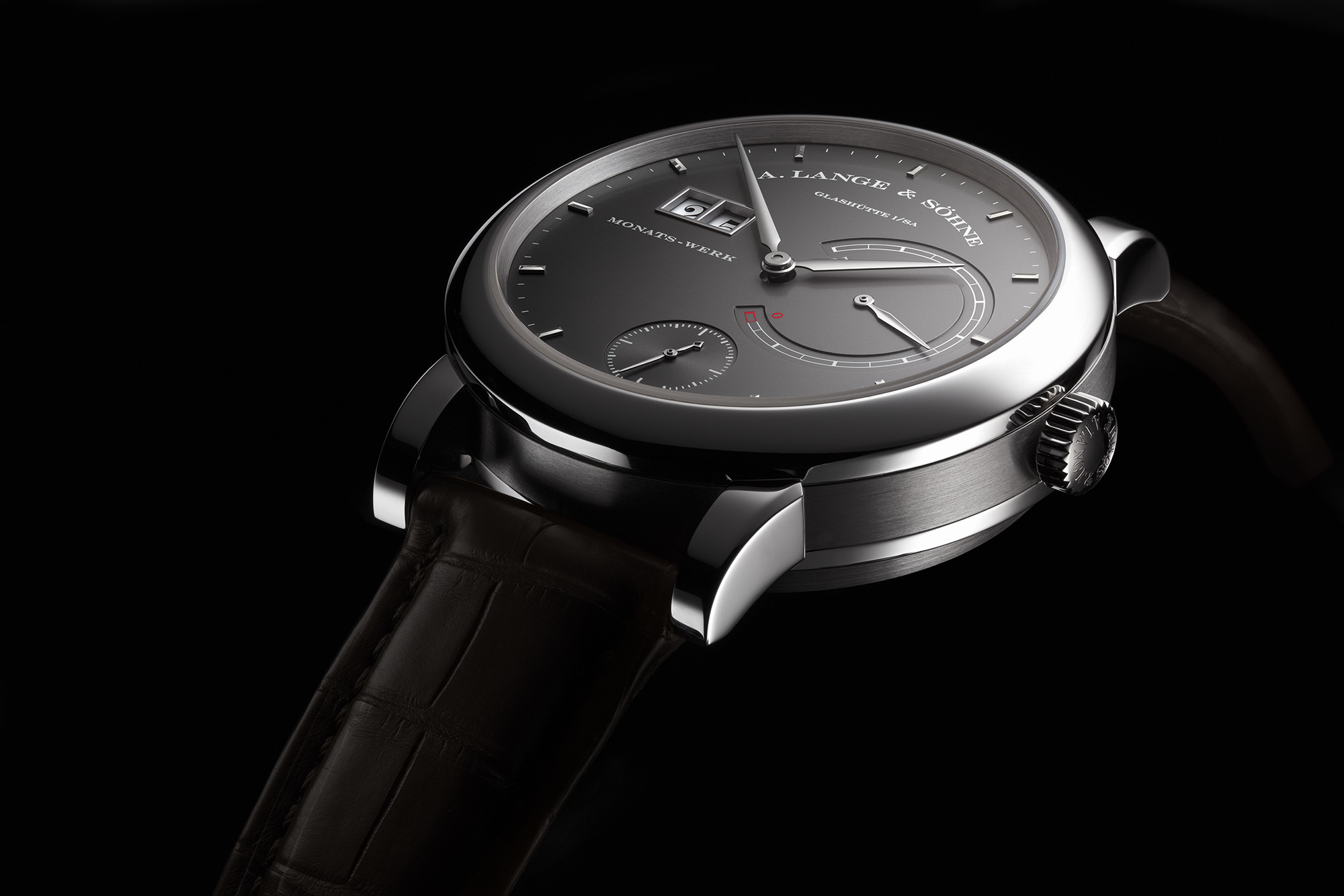 The Lange 31 with Anthracite Gray Dial in White Gold

The Lange 31 was launched in 2007 and was the first mechanical watch with a power reserve of 31 days (744-hours), a feat that might not appear that impressive, especially when you see the fairly simple dial. However, in reality developing a mechanical wristwatch with a month-long power reserve, and delivering the power uniformly over the entire period, was extremely complicated, and accordingly, the cost of a Lange 31 is over six-figures. Moreover, only a few other watch companies have been able to achieve such a feat.

Technically speaking, nothing has changed with the Lange 31 since its initial introduction in 2007.

The Lange caliber L034.1, which uses a key to wind the mechanism on the caseback of the movement (the crown only controls the time) is exactly the same as before. The outsized date is set by the pusher at 10 o’clock on the baseband. The movement is crafted in German silver, finished to perfection. In total, the movement is made up of 406 components, including 62 jewels, 3 of which are screwed gold chatons, and 1 sapphire bearing. The watch runs at a rate of 3Hz (21,600 vph).

Delivering the massive amount of torque from the mainsprings to the going train is precisely controlled by a constant-force escapement that utilizes a remontoir spring to release energy to the escapement every ten seconds, ensuring that the balance oscillates at an ideal amplitude (instead of delivering the power uniformly which would have a negative effect on the rate results), and thus resulting in superior accuracy.

The twin mainsprings are tensioned with a separate key that inserts in a square socket in a recess of the sapphire crystal caseback.

What is new, is that the Lange 31, which was previously only available in platinum and pink gold, is now available in white gold with a gray dial and rhodium plated hands and indices. (Ref. 130.039)