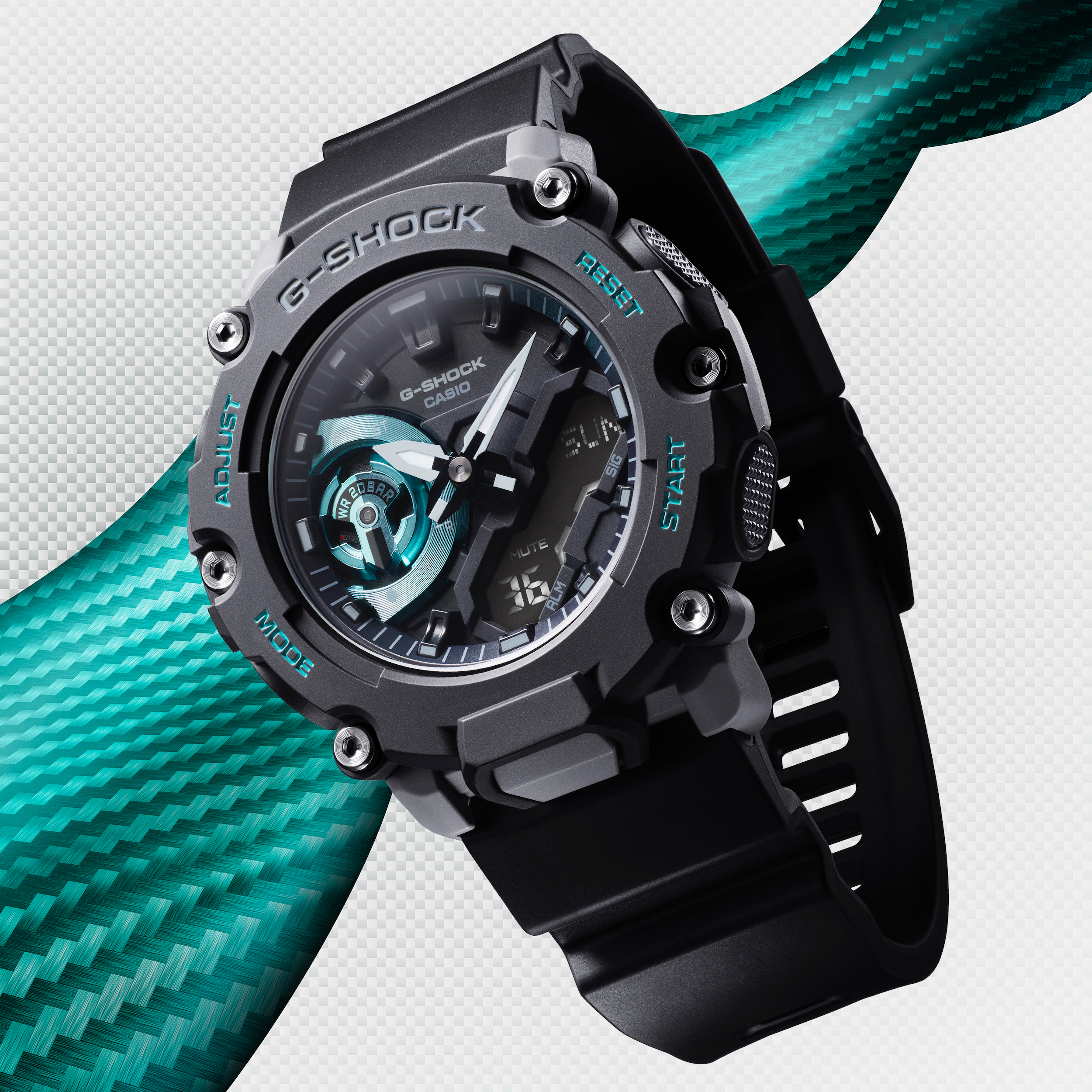 While the watch is rather thin considering its prerequisite shock-resistant structure and 200 meters of water resistance, the knurled buttons have been enlarged for better grip and operability compared to past models, and the button guards have been removed altogether.

Overall, the design is contemporary yet combines signature G-Shock elements such as the front button. Six metal screws secure the case on the dial side, further distinguishing this as a rugged G-Shock.

The new GA2200 models have 3D dials including an inset dial indicator inspired by an automotive brake disc and treated with a metallic vapor deposition finish. Much of the dial is made of resin, including the stamped indices. Metal indices would be nicer but considering the price range, this is one way Casio can offer such a watch for barely over a hundred dollars. A diagonal digital display in the lower right completes the new aesthetic.

The GA2200 Series has G-Shock’s prerequisite heavy-duty shock-resistant structure and impressive 200 meters of water-resistance allowing it to withstand almost anything you throw at it. Functions include a world time indication for 48 cities, a 1/100th of a second stopwatch, a countdown timer, 5 daily alarms, and a double LED light (Super Illuminator).

The G-Shock GA2200 Series has a 3-year battery life and is not solar powered or equipped with Bluetooth, but again, considering the price, this is to be expected. The resin strap has a traditional lever-based quick-release function, which is great for swapping out bands without any need for tools.