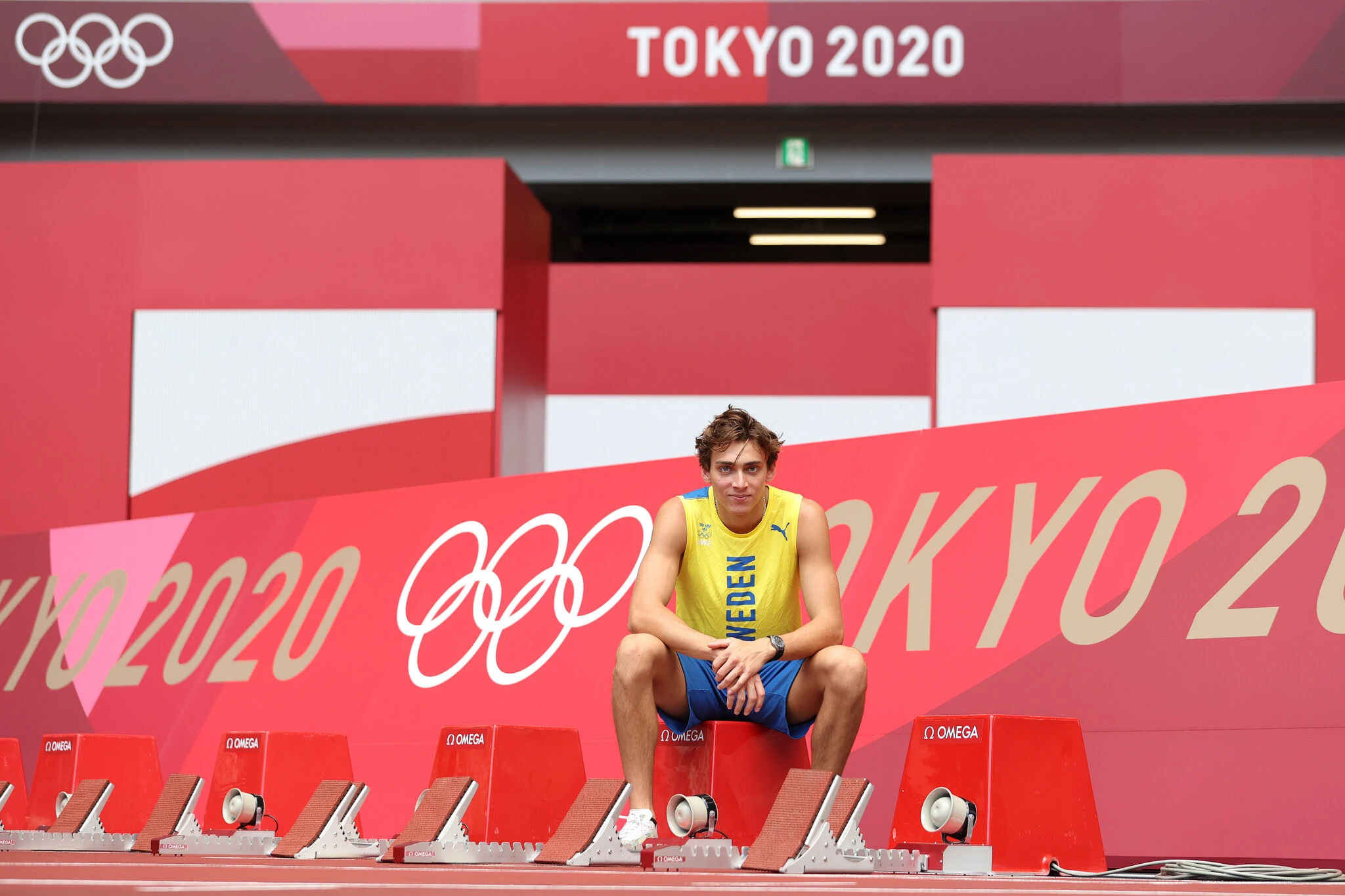 Pole vaulting prodigy Armand “Mondo” Duplantis extended his list of achievements this week with a Gold Medal in Tokyo.

The 21-year old Swedish-American pole vaulter, who competes for Sweden and lives in both the United States and Sweden, won the gold at the Tokyo 2020 Summer Games earlier this week — further solidifying his status as the best pole vaulter in the world.

Duplantis’ US-born father, who was an All-American vaulter at Louisiana State — with a personal best of 5.80 meters (19.25 ft) — lead the way for his son who has started vaulting at the age of 3 or 4. His Swedish mother was also a heptathlete and volleyball player.

On Tuesday, in Tokyo, while wearing the same lightweight Omega Seamaster Aqua Terra 150M Ultra Light, he won a gold medal with an indoor jump of 6.02 meters (19.75 ft). The jump did not break his own world record, although he later tried to by setting the bar at 6.19 meters (20.31 ft) where he failed to clear the bar. Still, the 6.02-meter jump was enough.