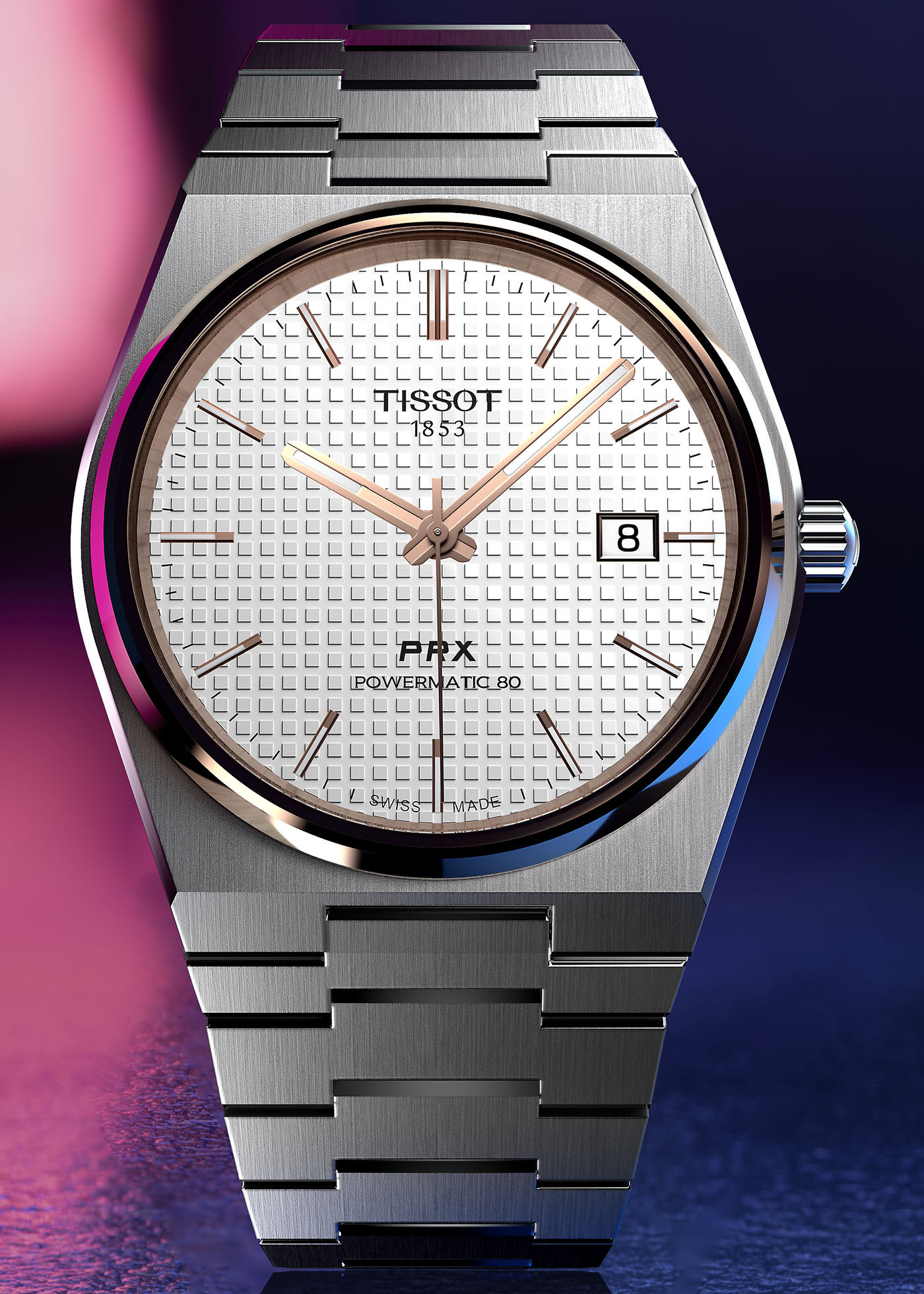 Tissot had a mechanical version of the PRX already in production when the quartz version dropped this past winter, and by summer the first automatic references were announced.

The Tissot Powermatic 80 shares the same 40 mm case diameter and overall design of its quartz counterpart, although the mechanical model is slightly thicker at 11.3 mm compared to 10.9 for the battery-powered PRX. This additional thickness is due to the use of a Powermatic 80 automatic movement and a clear caseback which allows a view into the mechanics.

A new checkered dial — available in blue, silver-white, or black — subtly sets the mechanical PRX apart from its quartz brethren. Like the vertically brushed dial of the PRX 40 205, the PRX Powermatic 80 has thick rectangular hour and minute hands, applied indices, a baton-shaped center second hand, and a beveled date aperture at 3.

While the black and blue dial variants each feature a steel bezel, frame on date window, hands, and indices — the silver dialed version utilizes the same steel elements but with the addition of rose gold PVD plating, resulting in a two-tone aesthetic.

Tissot’s “PRX” acronym, first used in 1978, stands for Precise, Robust, and the “X” indicates the 10 bars of water resistance (or 100 meters). The other distinguishing factor of the PRX is its bracelet that’s integrated directly into the case, and that takes advantage of a popular “integrated bracelet” trend from far more expensive mechanical watchmakers such as Audemars Piguet, Patek Philippe, others. The PRX design uses a series of large links that take up the entire bracelet width and thanks to the lines and beveled ends, the look is congruent with the case which also has chamfered edges. The attractiveness of the case and bracelet integration is further accentuated by polished edges that contrast the mostly matte finishes across the surfaces of the watch.

A closely stacked set of hands allowed the designers to create a raised effect and bring the dial closer to the glass — making the watch appear more slender than it really is.