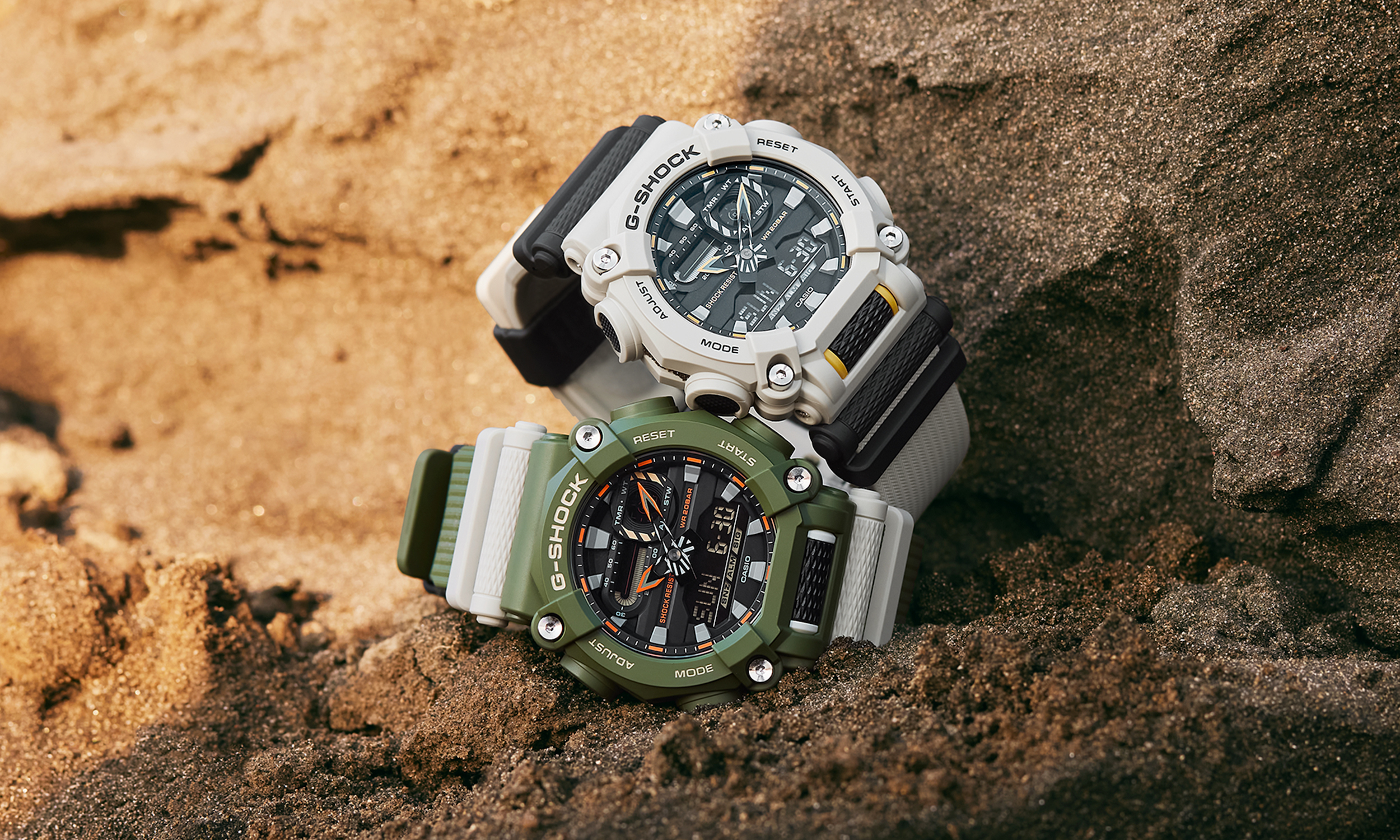 Based on three existing G-Shock wristwatches — the analog-digital GA2000, the slim octagonal GA2100, and the GA900 — the collection features new clear, sand, and earth-toned colorways.

Using a Carbon Core Guard structure to protect the inner module, along with a double-layer caseback, the GA2000HC comes in two versions. The GA2000HC-3A comes with an orange bezel and green band while the GA2000HC-7A has a translucent bezel with a blue case and white band.

The final of three series is the GA2100HC (aka the “Casio Oak”), which is available in two versions. The GA2100HC-2A, has a clear white bezel, a blue translucent band, and a blue and white dial, and the GA2100HC-4A has an olive green bezel, orange translucent band, with orange accents on the dial. This slim case design also has a Carbon Core Guard structure for enhanced strength and shock resistance.