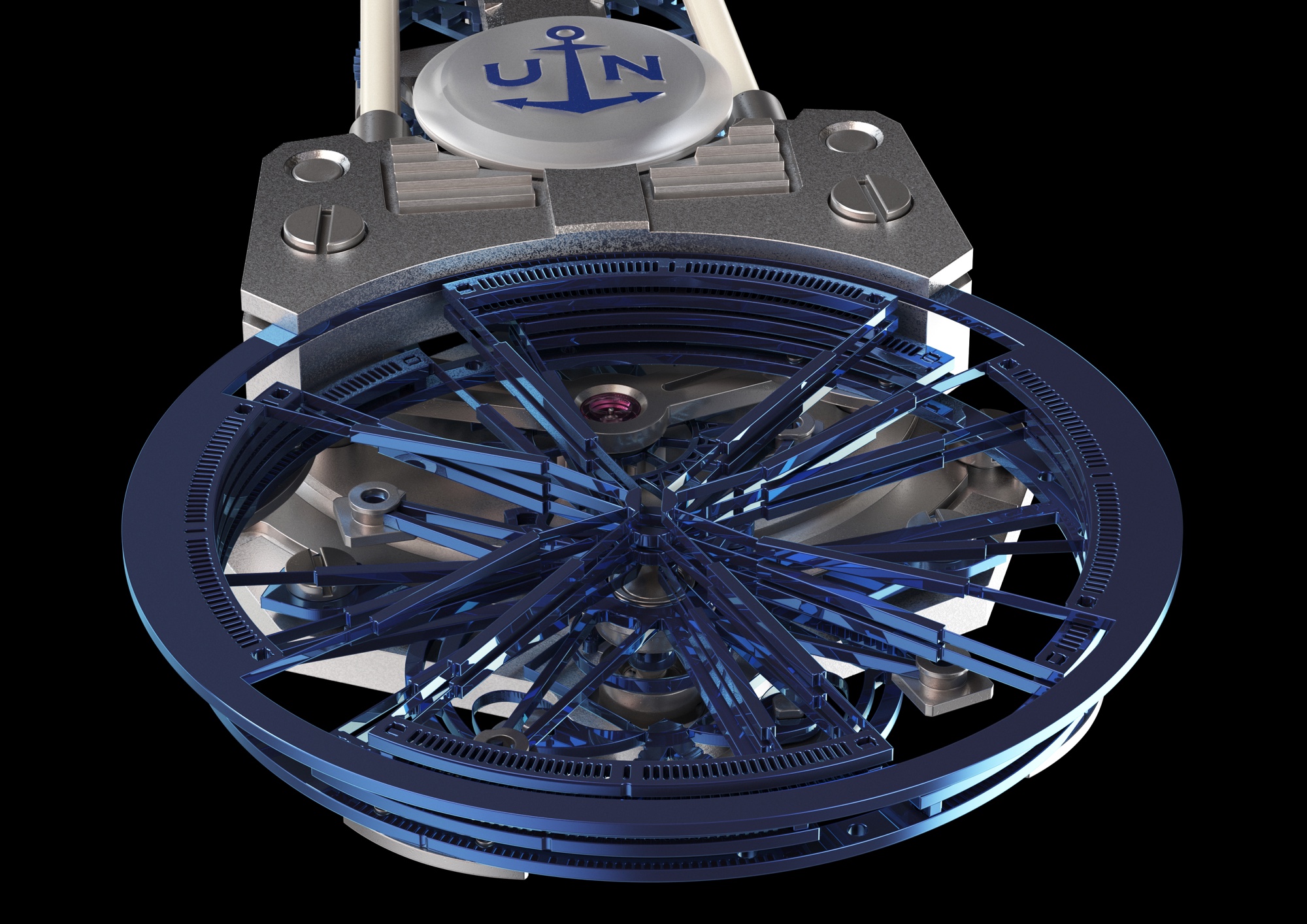 To go along with its innovative flying escapement technology that came out in 2015, Ulysse Nardin – in collaboration with Sigatec, a firm they co-own and that specializes in the production of silicon micro-components – has developed a flying oscillator.

The new mechanism uses four layers of highly elastic silicon blades (that act like a hairspring) and a solid layer that acts as a flywheel in place of a traditional balance staff and central pivot, resulting in an oscillator that appears to be floating (with no balance bridge) as it oscillates to and fro.

“This new oscillator eliminates the necessity for pivots and jewels. The new FREAK features a ‘suspended’ beating heart that ‘levitates’ without a balance-cock (balance bridge). The direct result of this system is none other than the total elimination of friction on the bearings, optimizing the global quality factor and therefore the movement’s energy consumption. The only remaining friction is with the air. No more – or very little – friction, no more contact, no more wear, no more oil,” according to Ulysse Nardin.

Constructed from 32 silicon micro-blades, the flying oscillator forms 16 triangles superimposed in 4 stacked layers, measuring 16 microns in width, connected to one another, that flex and release energy each oscillation, similar to a traditional hairspring. The oscillator frequency of the Freak Next Concept watch (the latest evolution of the Freak) has been increased by a factor of 5, from 2.5Hz to the ultra-high frequency of 12Hz (or 86,400 vibrations per hour), which improves power reserve by 30%, and can do so for a maximum of 70-hours (at constant amplitude). This technical feat was accomplished thanks to the elimination of friction.

To put this development in context, according to the manufacture, “it’s last stage in a decade of developments for FREAK concept watches at Ulysse Nardin with the 2014 launch of the Ulysse Anchor escapement, followed by the Grinder, also fitted with blades, presented in 2017 on the Freak InnoVision 2 model.”