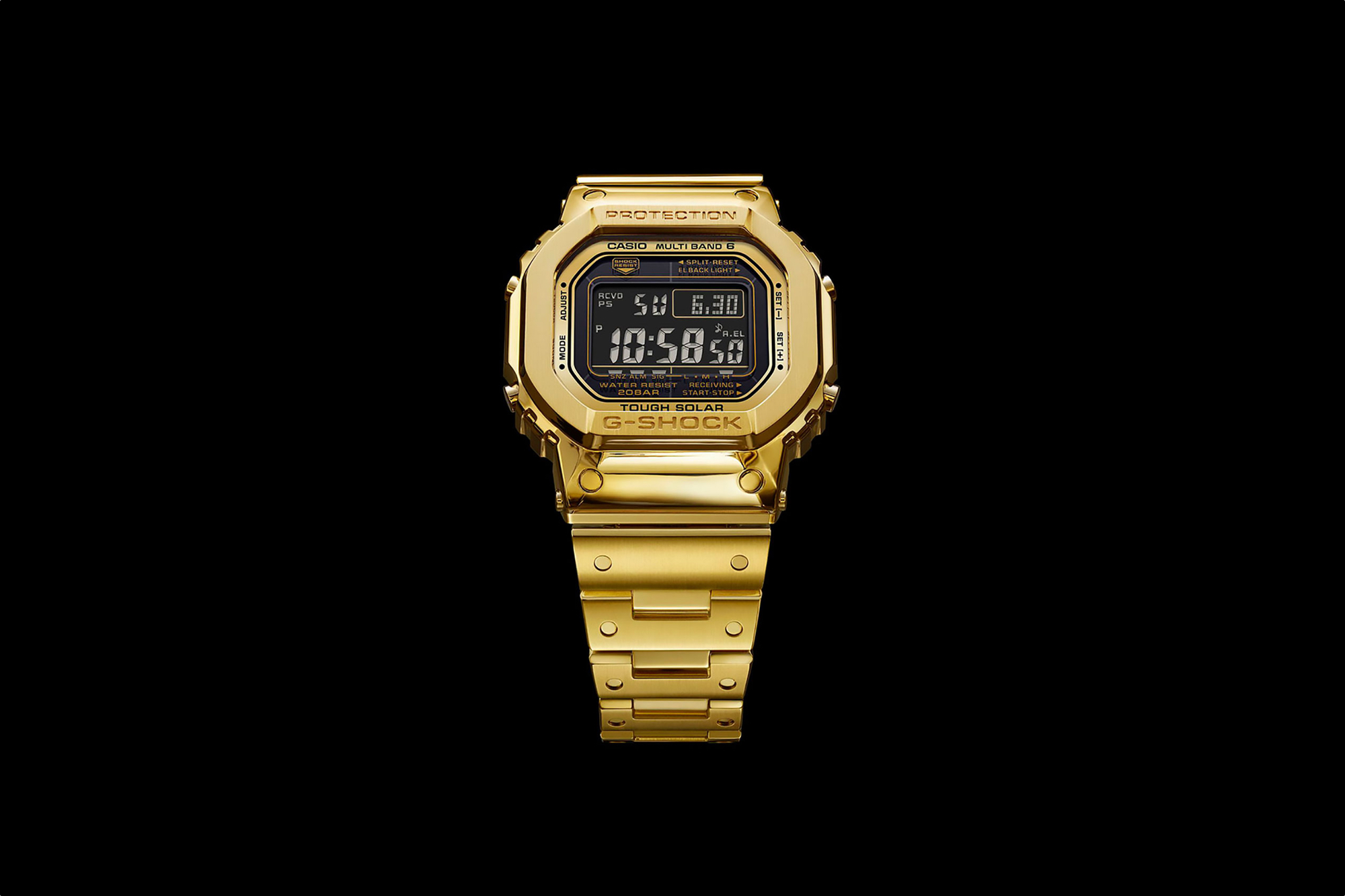 G-Shock recently announced a solid 18K yellow gold version of their popular Full Metal 5000 watch. The G-Shock Pure Gold G-D5000-9JR will cost approximately $70,000 but this is not for the masses considering only 35 will be made. It has the same features and specs as the standard versions, which you can read about here, just in a solid yellow gold case. There’s even gold-plated version that looks almost identical. Available in Japan beginning May 2019.

The Nubia Alpha is a phone that you wear on your wrist. Nubia is owned by Chinese smartphone maker ZTA and their new phone-watch, with flexible OLED display, electronic crown, Bluetooth, Wi-Fi, eSim, 4G, music player, 5-megapixel phone – powered by the Snapdragon Wear 2100 processor from Qualcomm – is actually being released this year, it’s not a concept. There’s no keyboard but you can use the numeric keypad or voice, as well as swiping on the 4-inch touchscreen.

Bell & Ross recently announced the BR-V1-92 Blue Steel, a new color variation of the existing BR-V1-92 model. The steel case measures 38.5 mm, the dial is light blue with a sunray finish, and the sapphire crystal is highly domed. Comes with a basic automatic movement, on a brown calfskin leather strap. Retail is $2,300.

Last week, in collaboration with online watch retailer Hodinkee, Seiko launched a blue-dialed limited edition of their 39.5 mm diameter Alpinist field watch. By aligning the hour hand with the sun, halfway between that point and 12 o’clock, is your South bearing (which can be done with any traditional 12-hour watch). With the Alpinist, you can take it a step further: after you determine your bearing you can then rotate the inner compass bezel accordingly, giving yourself an accurate compass reading on your wrist. Retail is $600 (sold out currently).