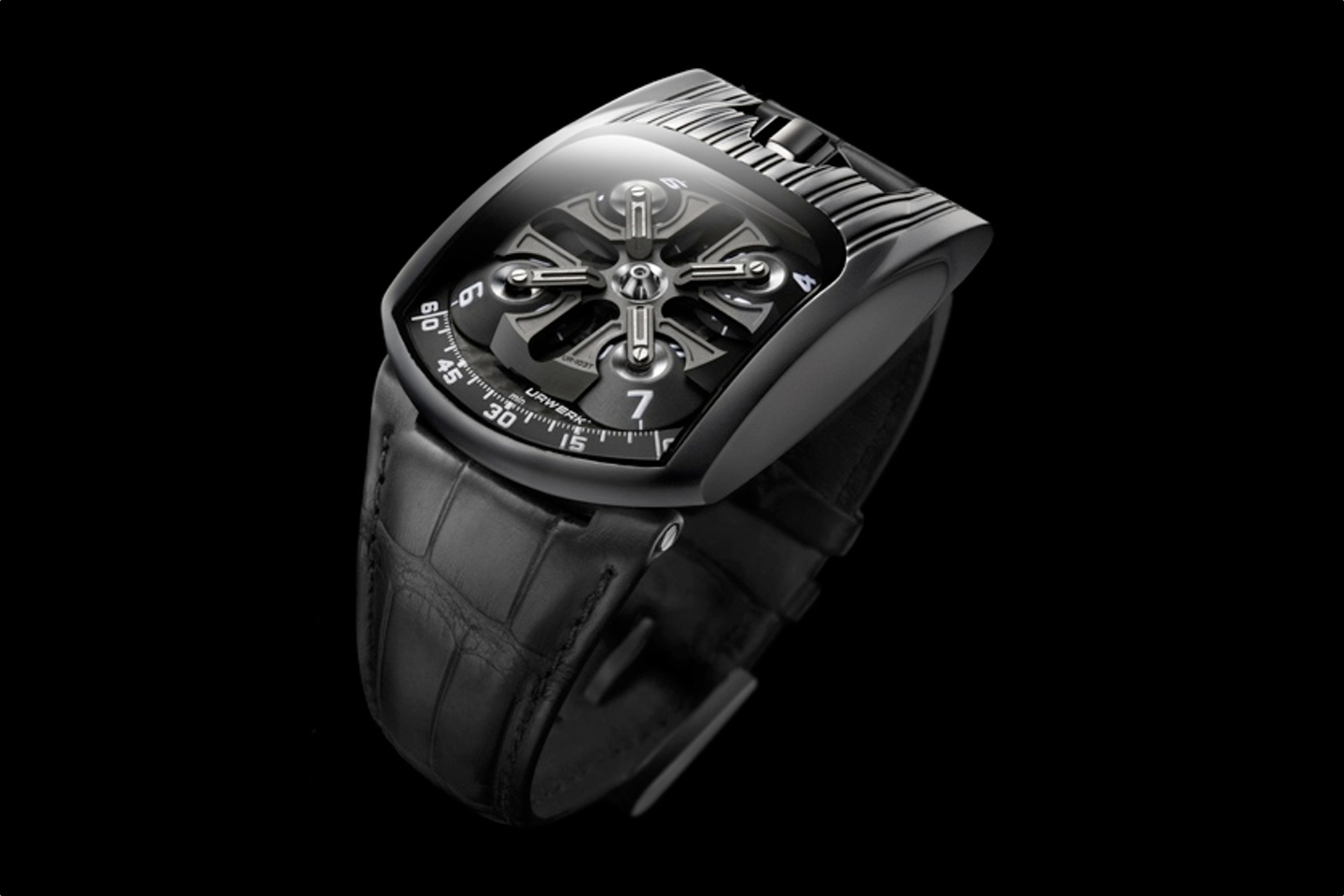 The ‘T’ in the 103T is at first a mystery, but only until the first look down through the massive sapphire crystal into the mechanism below. There you will sense a shape before you see it. A form slowly emerges from the orbital cross and stretches its mesmerizing legs: ‘T’ for Tarantula! URWERK’s latest addition to the UR103 collection has a few genetic codes borrowed from one of the most famous members of the world of arachnids.

In the classic UR103, the central element is an orbital cross in titanium. In the new UR103T, the titanium cross has been replaced by a completely redesigned structure in ARCAP, a very stable copper/nickel alloy. The dark ARCAP wraps around the hour satellites in a protective embrace – though we can perhaps imagine something more sinister! This new configuration ensures that the numbers on the hour satellites can only be seen when they are required to tell the time while passing the arc of the minutes. With the UR103T, time takes on a different conceptual and even philosophical dimension to that of the open satellite system on the classic UR103. With the UR103T, the past and the future remain hidden – only the present is revealed.

The actual mechanism for rotating the satellites has been completely modified on the UR103T. With this model the satellites rotate simultaneously behind the scenes in multiple stages, in preparation for their turn to indicate the time. They actually perform a four-beat 480° pirouette. Each satellite turns four 120° turns in the period between leaving the minute arc and arriving again with a new numeral displaying. The orbital satellite complication is over 300 times heavier than traditional hands, a factor that requires absolute precision in the manufacture of its minuscule components, and in assembling, balancing and regulating the complication to obtain the excellent chronometric performance URWERK demands of its exceptional timepieces.

The four satellites of the UR103T are made of aluminum and mounted on their own bronze/beryllium Geneva cross. The mechanism is then suspended from the orbital cross structure in ARCAP 40, a material that is light, non magnetic and corrosion resistant, and is mounted on an ARCAP plate.

However, the essential feature of the UR103T is not technical but human, a testament to URWERK’s master watchmaker Felix Baumgartner, visionary chief designer Martin Frei and their talented team.