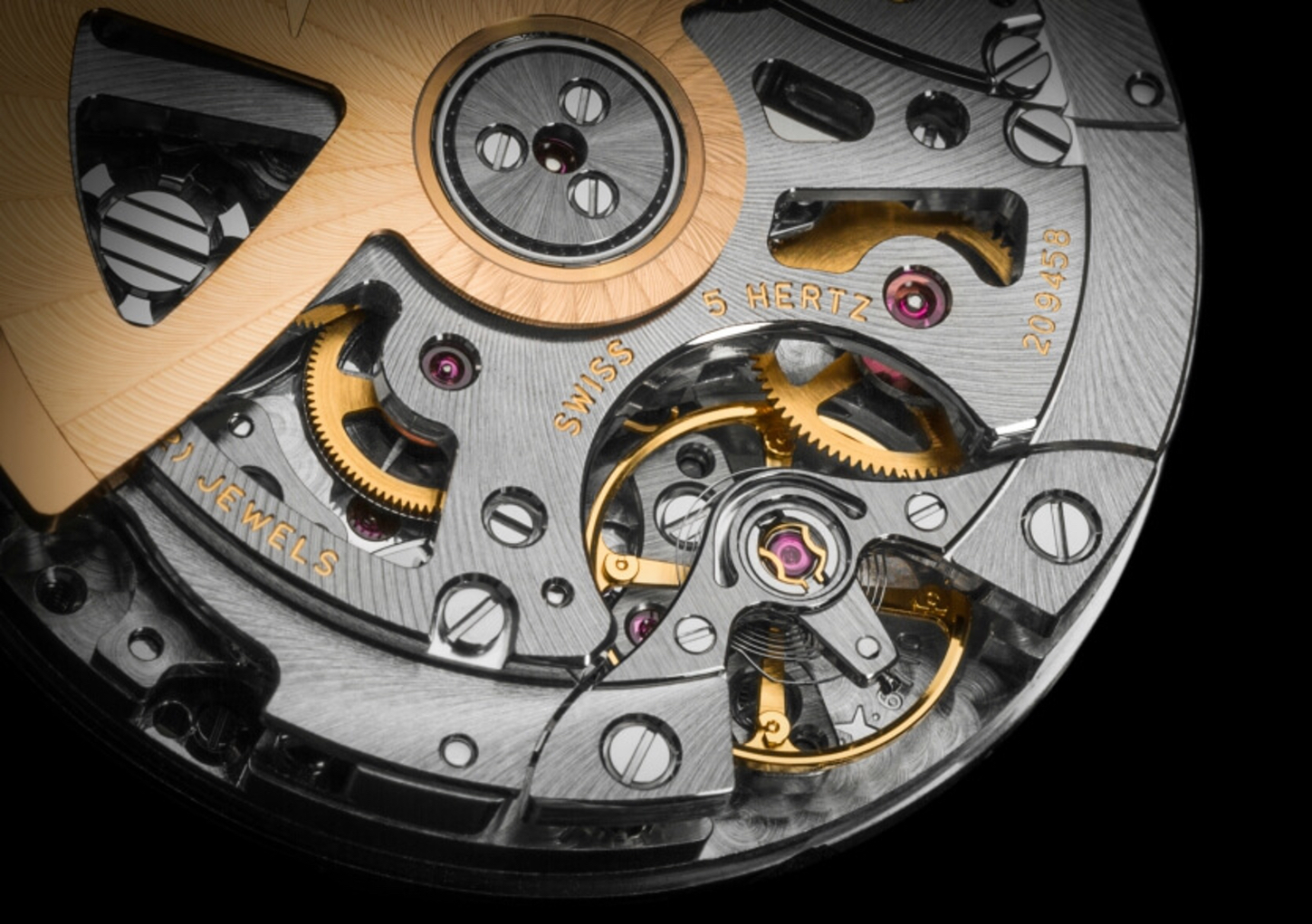 This month, after 6 years of development, Swiss movement maker, Vaucher Manufacture Fleurier, announced an all-new premium chronograph caliber that will be exhibited at Baselworld later this month.

The high frequency 5Hz (36,000 vph) caliber VMF 6710 is an integrated chronograph movement (as opposed to an add-on) with an optimal configuration that includes a column-wheel (the smoother, more premium option as compared to a cam and lever), vertical clutch (which eliminates the jumping of the seconds hand at start as well as preventing loss of timekeeping accuracy during chronograph operation compared to a horizontal clutch), and triple return-to-zero hammer.

Interestingly, the clutch is off-centered and drives the chronograph seconds and minutes, but to enhance efficiency, the chronograph hours are powered directly by the barrel.

Measuring 30 mm x 6.95 mm, the movement consists of 315 parts, 42 of which are jewels, and a 22K gold central rotor mounted on ceramic ball bearings, with bi-directional winding. The watch is good for 65 hours of power reserve and has a fast rotating barrel.

Thanks to the 5Hz frequency, which is the same as the famed El Primero by Zenith, the watch is capable of 1/10th of a second chronograph precision.

The movement bridges, mainplate, and components have chamfered edges and have been finished with a variety of straight and circular graining techniques. 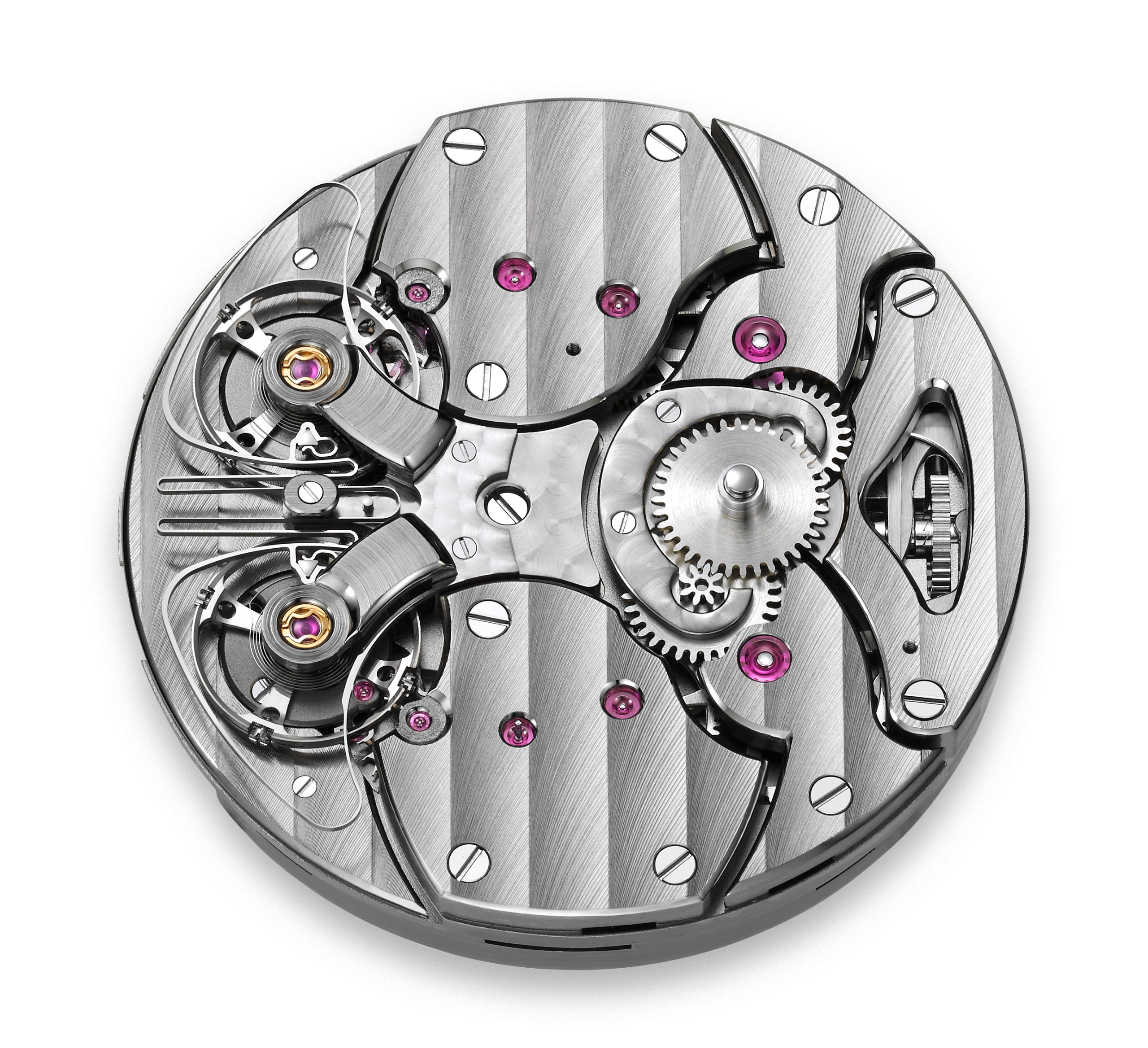 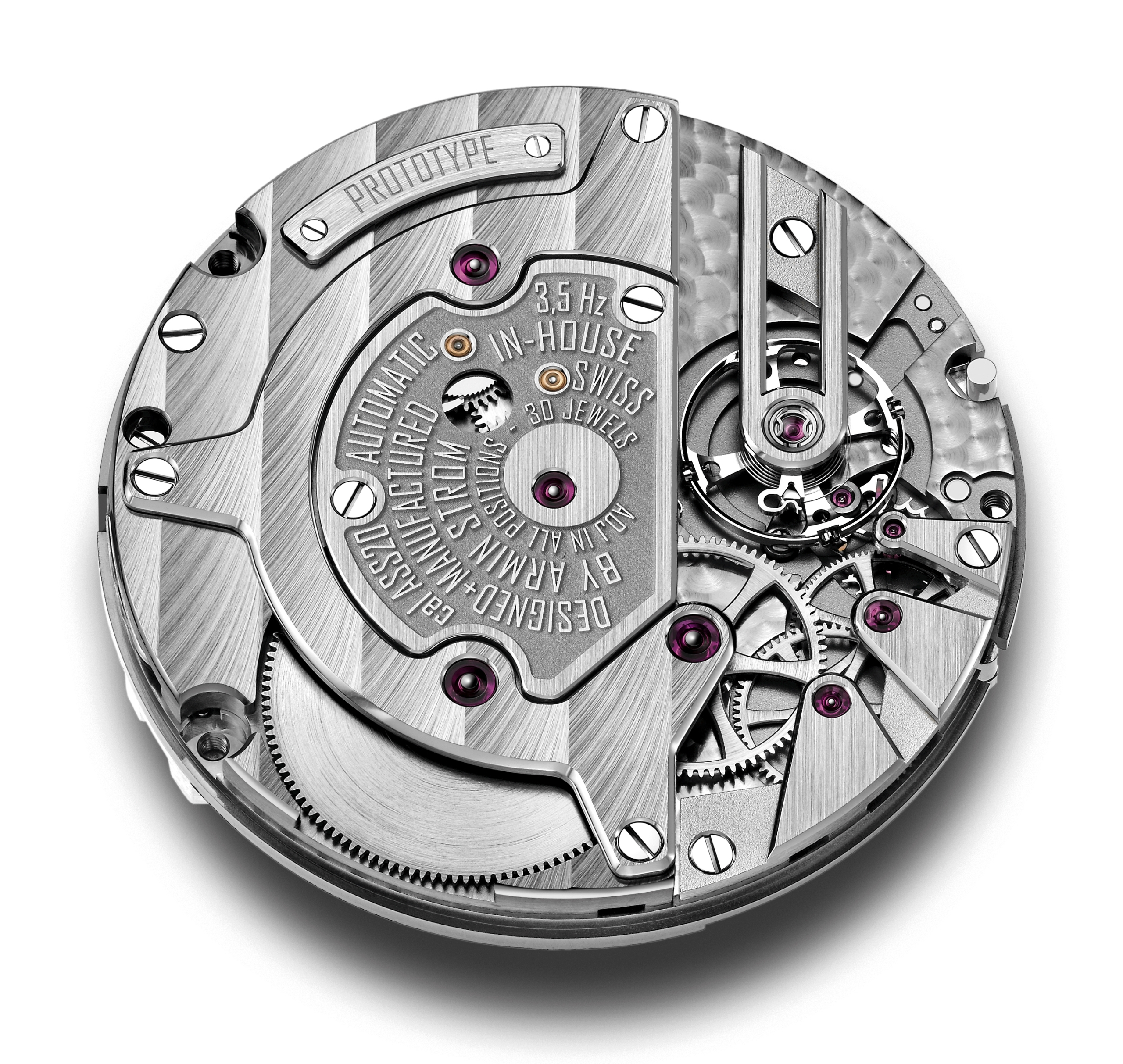 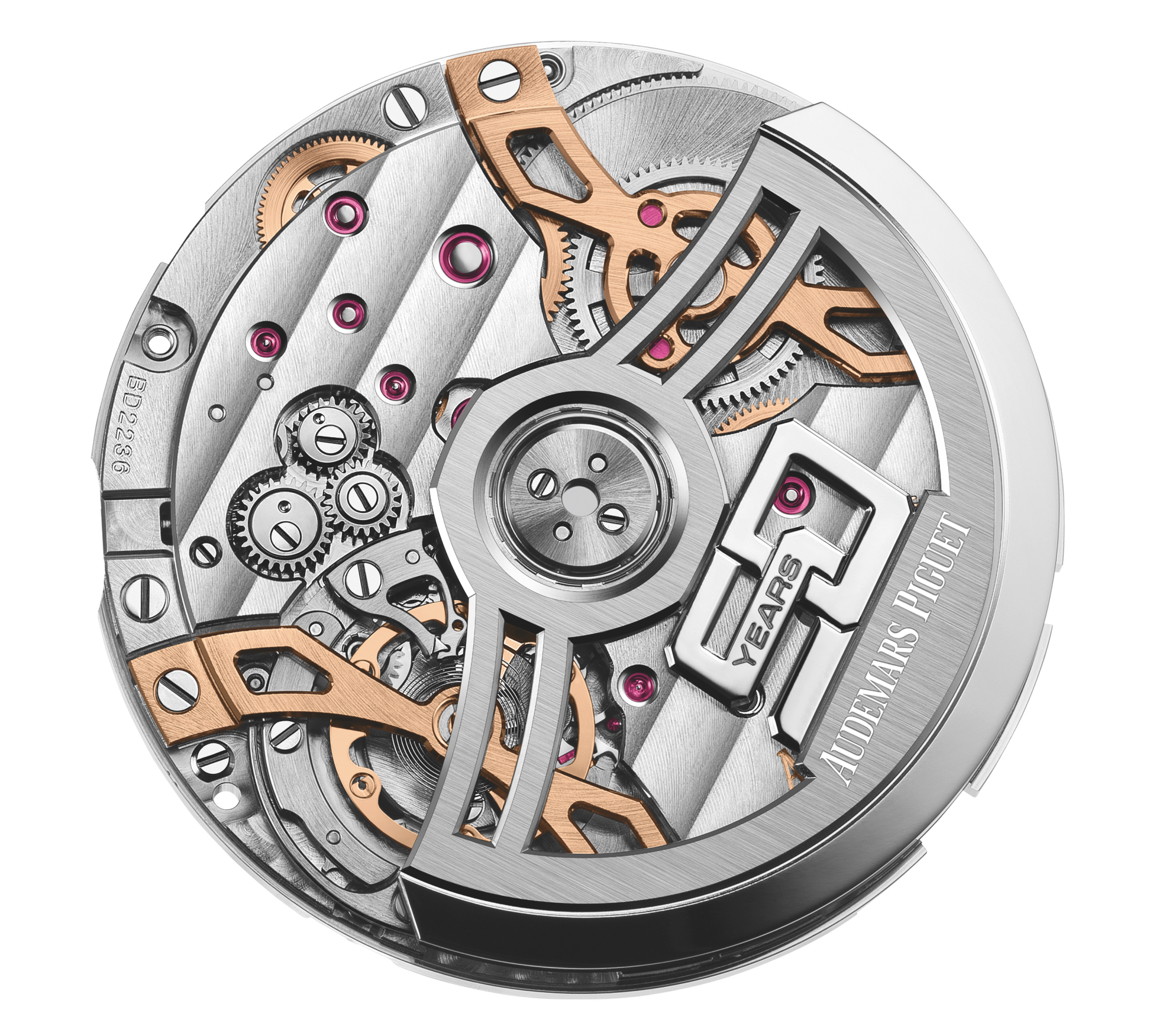