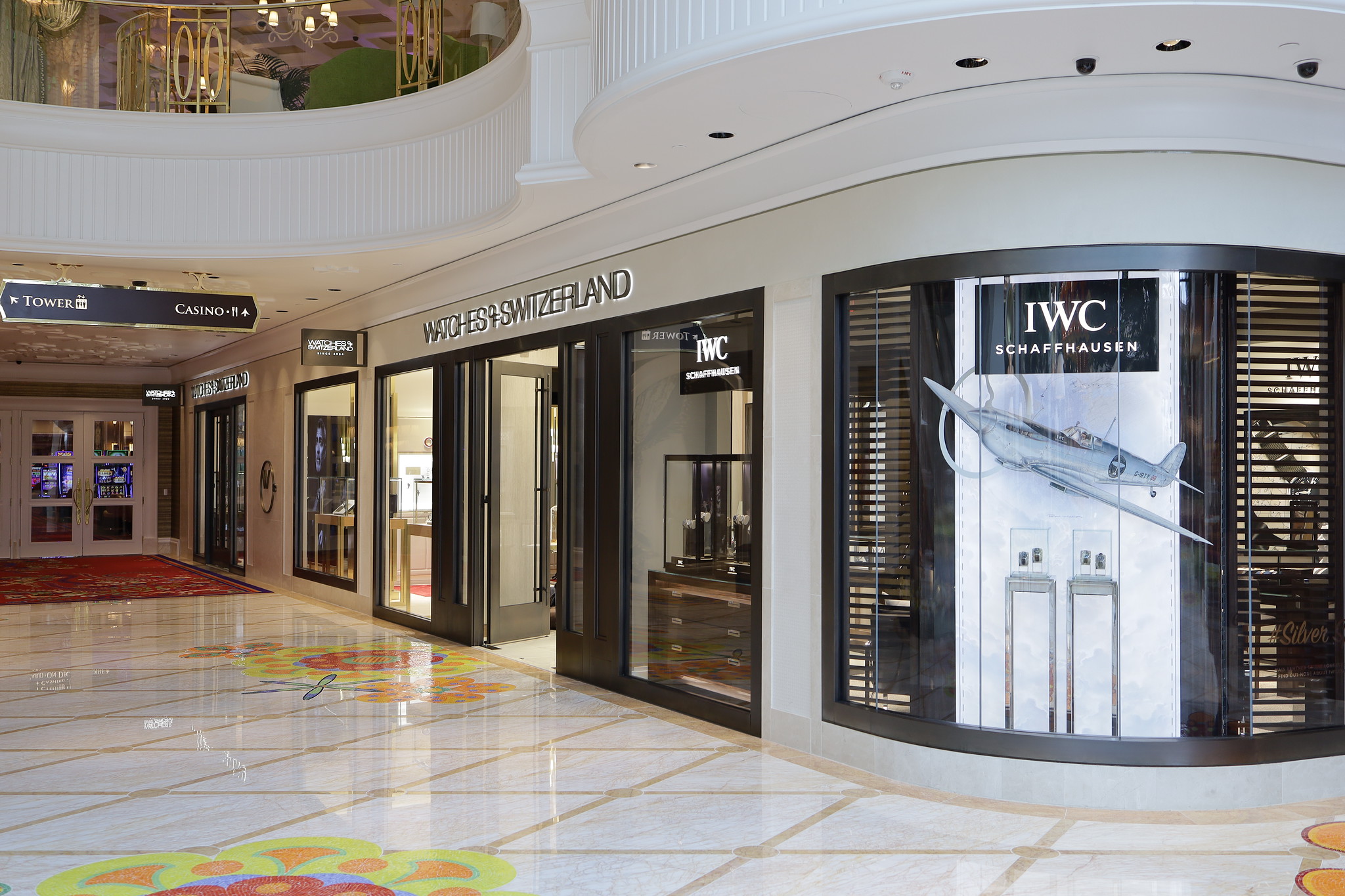 The location itself, although not the gambling mecca that Las Vegas is, or blessed with year-round warm weather, is quite attractive with Boston Harbor as the backdrop, and is located just across the Mystic River from the city of Boston and is in close proximity to Logan International Airport.

As has been the modus operandi for Watches of Switzerland in New York, Las Vegas, and at their London flagships, the group has once again targeted a new high traffic tourist destination as the home for their latest store.

The Watches of Switzerland Encore Boston Harbor store has the most prime location in the Encore, right at the front, in between the lobby and the casino. Last week during the grand opening, Professional Watches spoke with WOS Executive Vice President, David Hurley, and he pointed out how significant the amount of frontage is (the walls and displays that face out of the store as you approach).

In total, the WOS Boston flagship store has 1,900 square feet of space, which is smaller than the New York flagships that opened in SoHo in 2018 and Hudson Yards in 2019, but this feels like the right size for the new, smaller Encore.

Watches of Switzerland makes a statement in Boston with the layout and interior design by New York-based architecture firm MNA. The storefront is clad in Spanish marble and the interior is lined in a zebra grass wall covering with white oak trim. The wristwatch assortment consists of full collections from Omega, Panerai, IWC, Hublot (each with their own distinctive area) and a condensed selection of high-end watches from Laurent Ferrier, Jacob & Co., Ressence, and Franck Muller (located in the vestibule between Omega and IWC).