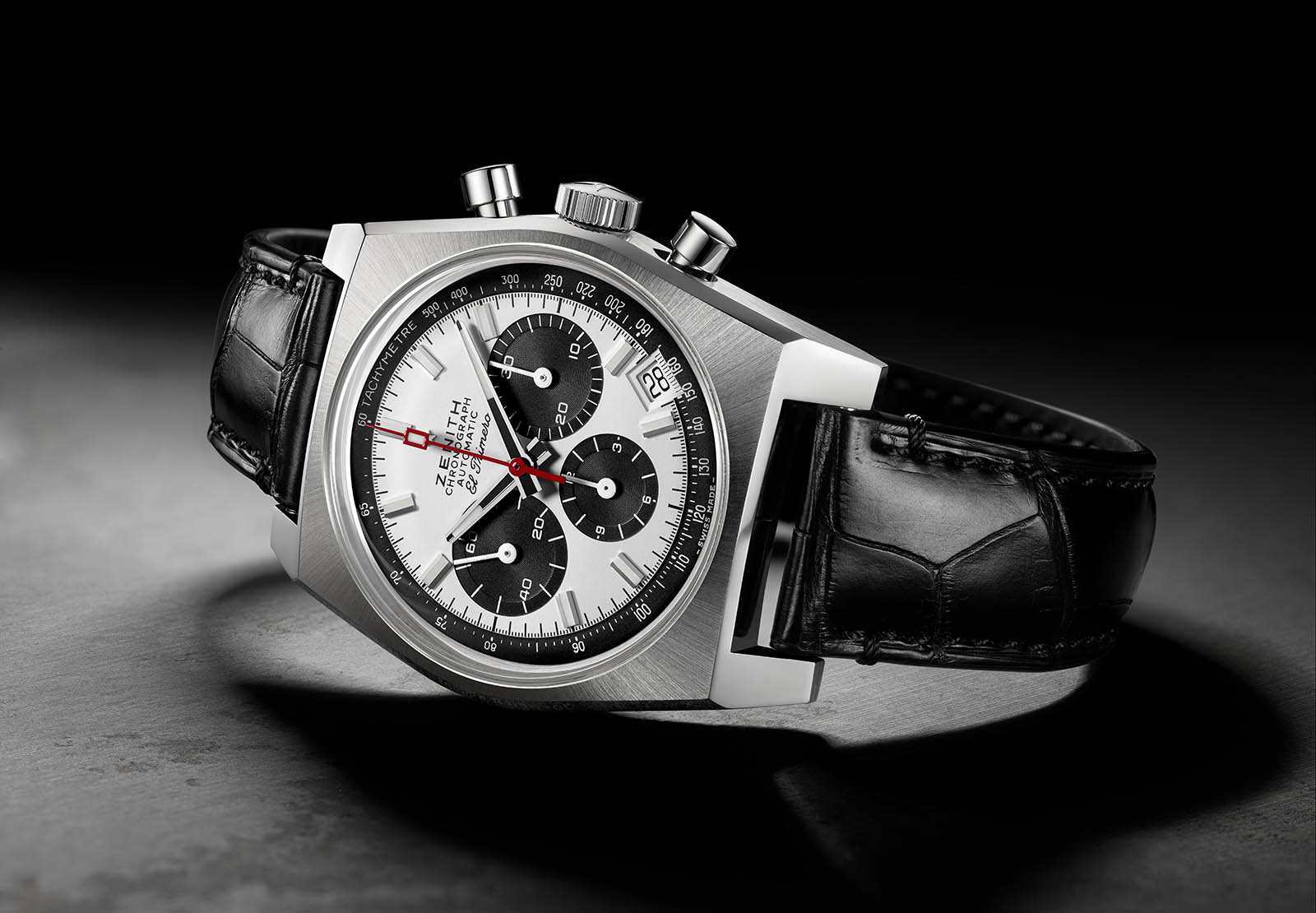 In celebration of the 50th anniversary of the legendary El Primero (caliber 3019 PHC) chronograph, which in 1969 became one of the first automatic chronograph movements, Zenith has remade the original.

The Zenith prototype was announced first but the Seiko 6139 and the Caliber 11 actually came to market first. El Primero, which means first in Spanish, is the only of the three movements still in production. It features an integrated chronograph with a column-wheel and horizontal clutch and the famous high beat rate of 5Hz (36,000 vph). The original El Primero 3019 PHC movement has been swapped out for a contemporary caliber 400 but not much has changed.

Zenith’s first automatic chronograph was the Ref. A384 which debuted in 1969 and was followed the same year by the A385 and A386. Visually speaking, the Zenith A384 Revival is a near 1:1 remake of the original 1969 model, with a true black on white Panda dial, an angular cushion case in stainless steel, and that measures 37 mm x 12.6 mm.

The subsequent A386 which features a round case on Zenith’s tri-color counters is surely more widely recognizable and well known but the swanky style of the A384 is bound to stand out compared to the round cased El Primeros which so many more people own.

Interestingly, for the El Primero’s 40th Anniversary Zenith also made retro versions of the A384, but not replicas in regard to colors and materials. Those watches look pretty cool too but the 2019 model is more tastefully down in my opinion and is simply more authentic.

Zenith went the extra step for the 50th and reproduced the original stainless “ladder” bracelet which harkens back to the past and is a stylish alternative to the black alligator strap. Like Tudor’s riveted vintage bracelet on their Black Bay line, or Omega’s vintage bracelet that comes on their 50th Anniversary Speedmaster, this throwback Zenith bracelet shows great taste.

The retail price of the Zenith El Primero A384 Revival is $7,900 and it will be part of the regular catalog, not a limited edition. 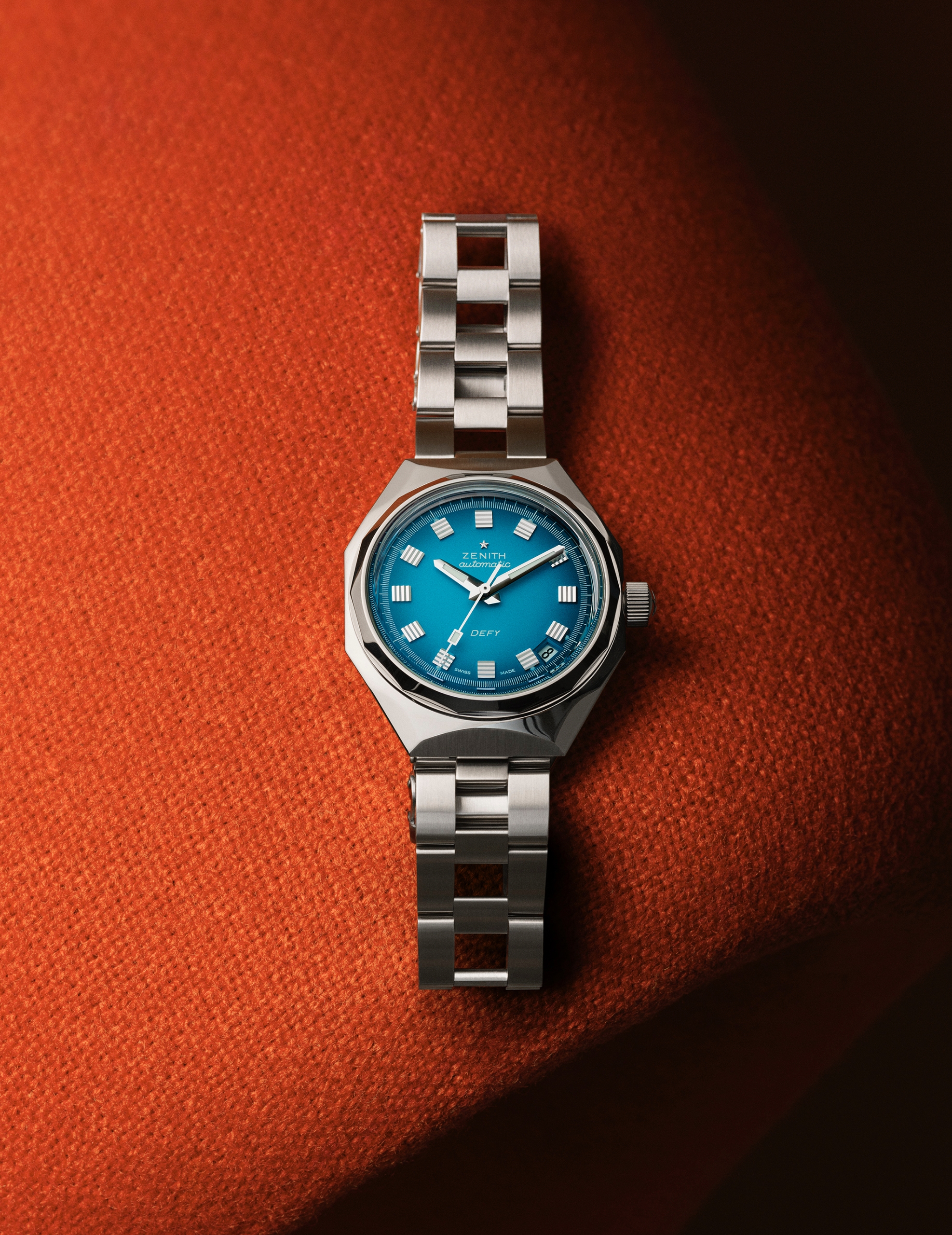