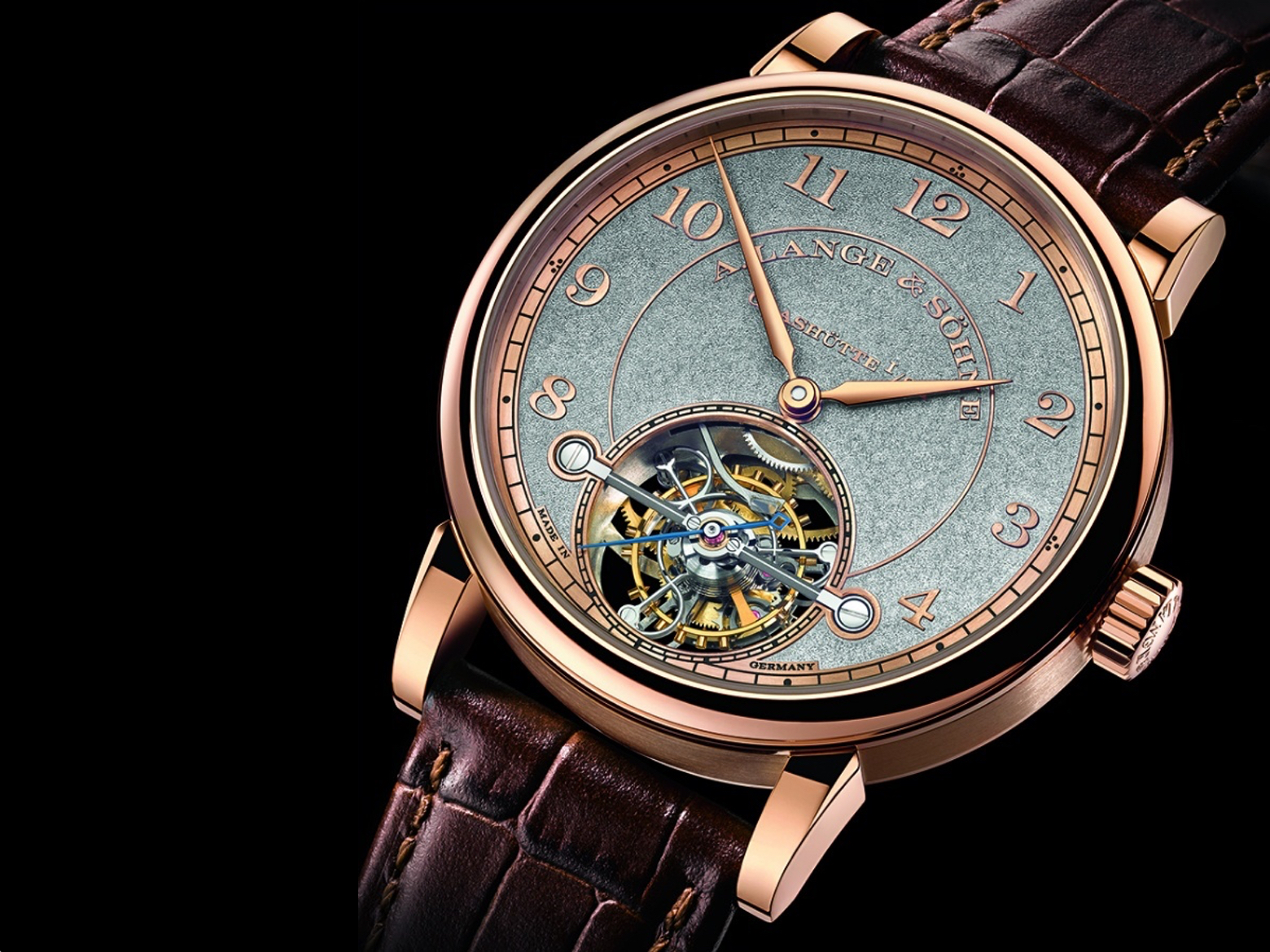 To commemorate 200 years since the birth of Ferdinand Adolph Lange – the namesake founder of A. Lange & Sohne – the German watchmaker has produced a 30 piece limited edition version of the 1815 Tourbillon (which combines a zero-reset seconds hand as well as a hacking tourbillon cage).

This special edition 1815 Tourbillon Handwerkskunst (the German word for “artisanship”) is presented in a pink gold case measuring 39.5 mm x 11.1 mm, the same as the 2014 model. The dial, however, is new. It is made of 18K pink gold which has a tremblage engraving that achieves a uniform granular structure. The numerals and logo are in relief and are polished to stand out against the black rhodium-plated surface of the dial.

According to the manufacture, “The tourbillon bridge and the upper part of the cage are black-polished: this is one of the most elaborate and time-consuming finissage techniques.”

In addition to the unique handcrafted dial, this special model also features a slightly different movement. Instead of a Glashutte stripes decoration – which was seen on the original 1815 Tourbillon – this version features a frosted finishing technique on the German silver three-quarter plate. Also, the mainspring barrel has now been revealed with an open-worked cut-out, which offers more edges to be bevelled and polished, further exemplifying what Lange is best known for – exquisite movement finishing.