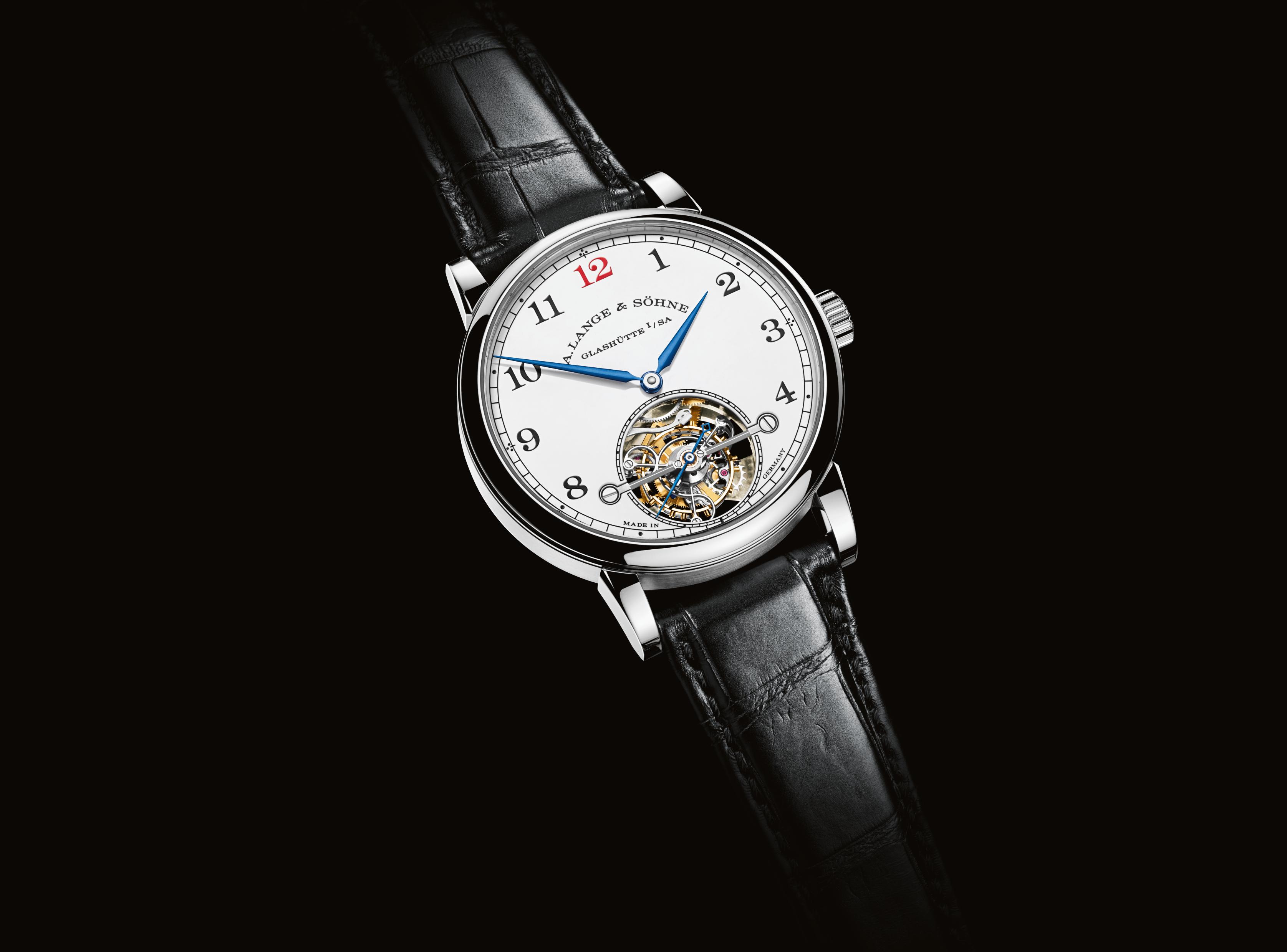 In 2014 Lange released the 1815 Tourbillon with a patented Zero-Reset feature that resets the seconds hand (which is attached to the one-minute tourbillon) when the crown is pulled out, and simultaneously stops the tourbillon to allow the time to be set to the second (this is referred to as seconds hacking, and is rarely seen on tourbillons).

This week, Lange released a new 100-piece limited edition white baked enamel dial version. Similar to the 1815 Tourbillon Handwerkskunst, this watch is a variation from the original and the only changes are the new dial, which is white enamel with black painted Arabic numerals including a red “12,” and a slightly thicker case which measures 11.3 mm (versus 11.1 mm).

The 39.5 mm diameter case is platinum, the dial is made of copper, and the movement plates and bridges are made of untreated German silver. The movement beats at 3Hz, has 20 jewels including one diamond endstone, 3 screwed gold chatons, and a 72-hour power reserve.