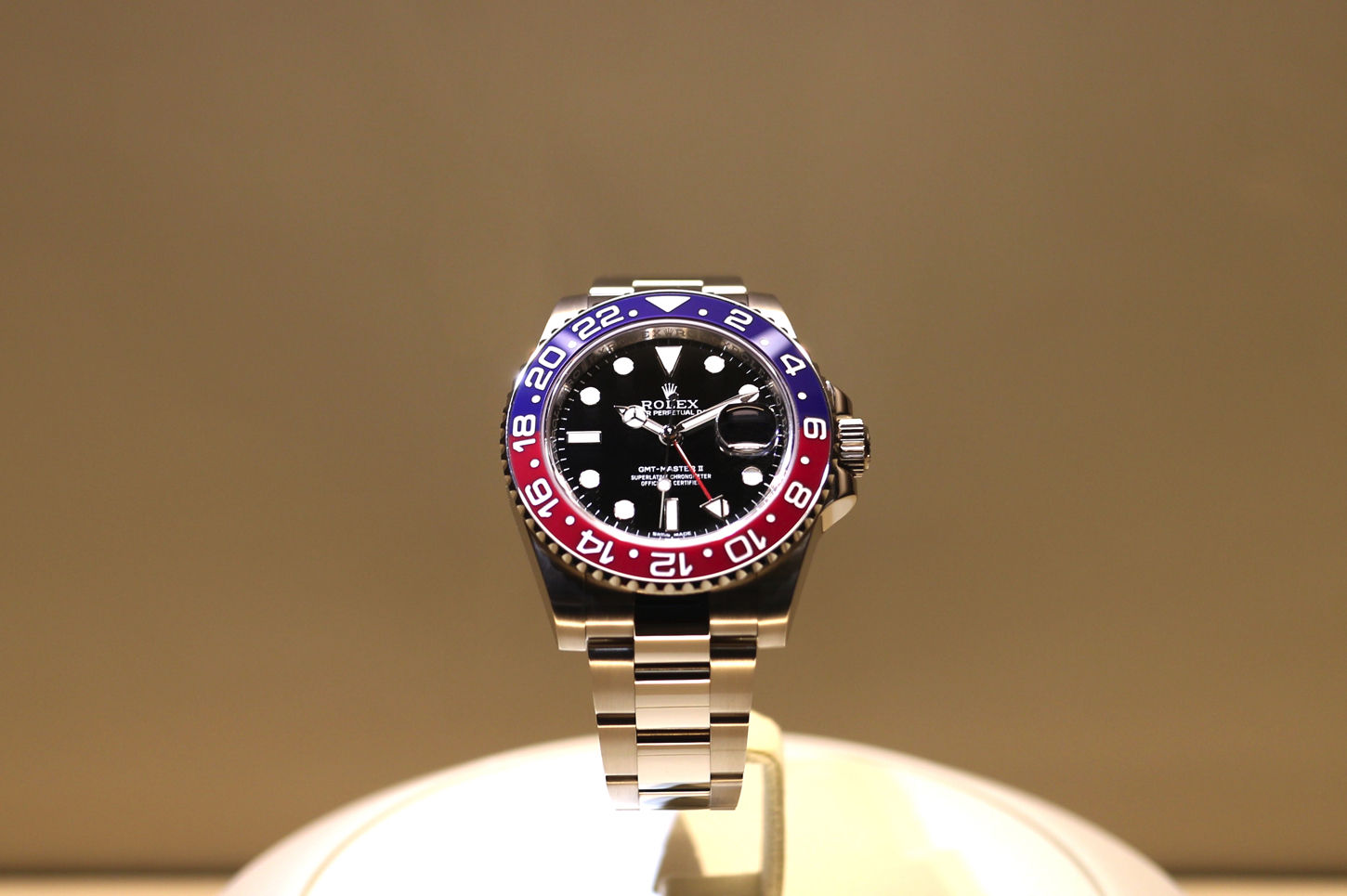 The Rolex GMT-Master was originally designed as a professional tool for intercontinental commercial airline pilots to simultaneously display two time zones along with a two-tone bezel to help distinguish between day and night. More than 50 years later the GMT-Master II (as it’s called now) is a staple within the Rolex lineup.

Despite Rolex producing large quantities over the years, demand for pre-owned and vintage GMT-Masters continues to increase (based on resale prices). Specifically, the GMT-Master references (beginning in 1954) up to the previous generation GMT-Master II models (ending in 2007).

To purists and collectors, the older versions have more ideal proportions, without squared case edges, ceramic bezels, or the Maxi dials seen on the more conspicuous modern GMT-Master IIs. But there is clearly a market for both.

Other watch companies have followed with their own GMT watches but few have been able to produce anything close in terms of popularity.

This week at Baselworld 2018, it’s possible TAG Heuer might try with the introduction of an Autavia GMT, which makes sense because it could be built on the new Autavia platform, and was in the Heuer collection historically.

Tudor could finally introduce a GMT as well. After the success of the Black Bay – which is essentially a lower priced Submariner – it would be a logical next step, especially considering the popularity of the GMT-Master.

Even Doxa, who just unveiled yet another awesome vintage-inspired dive watch re-issue, has a GMT in their archives and so I would not be surprised if they had one in the pipeline.

Adding credence to speculation that Rolex will be debuting a new GMT-Master II at Baselworld is an official video that was distributed online last week on Facebook teasing a Jubilee bracelet, which suggests a new Rolex GMT with Jubilee bracelet may be coming, possibly with a Coke bezel.