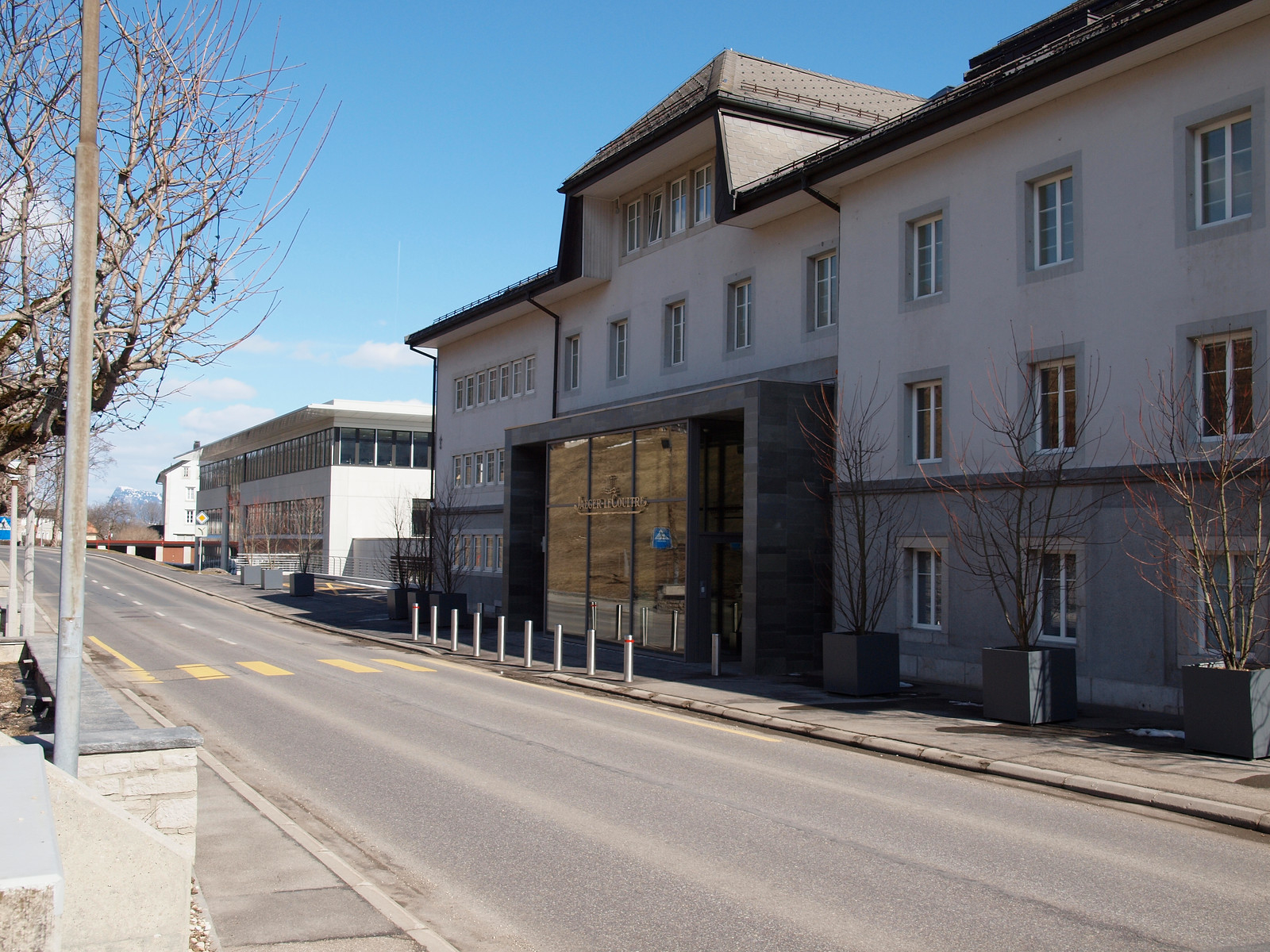 The crème de la crème watchmakers, whether they are Swiss, German, or Japenese, have their own factories, often referred to in the industry by the French usage manufacture, which is a noun that basically means a manufacturer or factory that can produce at least one full mechanical watch movement completely inside their own factory. And below are four of the best in the world, which we have toured and photographed, just click the link for each to visit the original article.

Located in Le Sentier, in the famed Vallée de Joux, a valley located in the Jura Mountains, is Jaeger-LeCoultre, which we toured in 2010 (pictured at top).

In between the Jura mountains and the Alps, in Geneva, in the Roger Dubuis manufacture, which we toured in 2010.

Piaget has two manufactures, their historical home in La Côte-aux-Fées (pictured above) and their modern factory in Plan-les-Ouates (pictured below), situated just outside of Geneva, which we visited in 2012.

In 2011, we toured A. Lange & Söhne, which is based in Glashutte, Germany in the Ore mountains (pictured below).