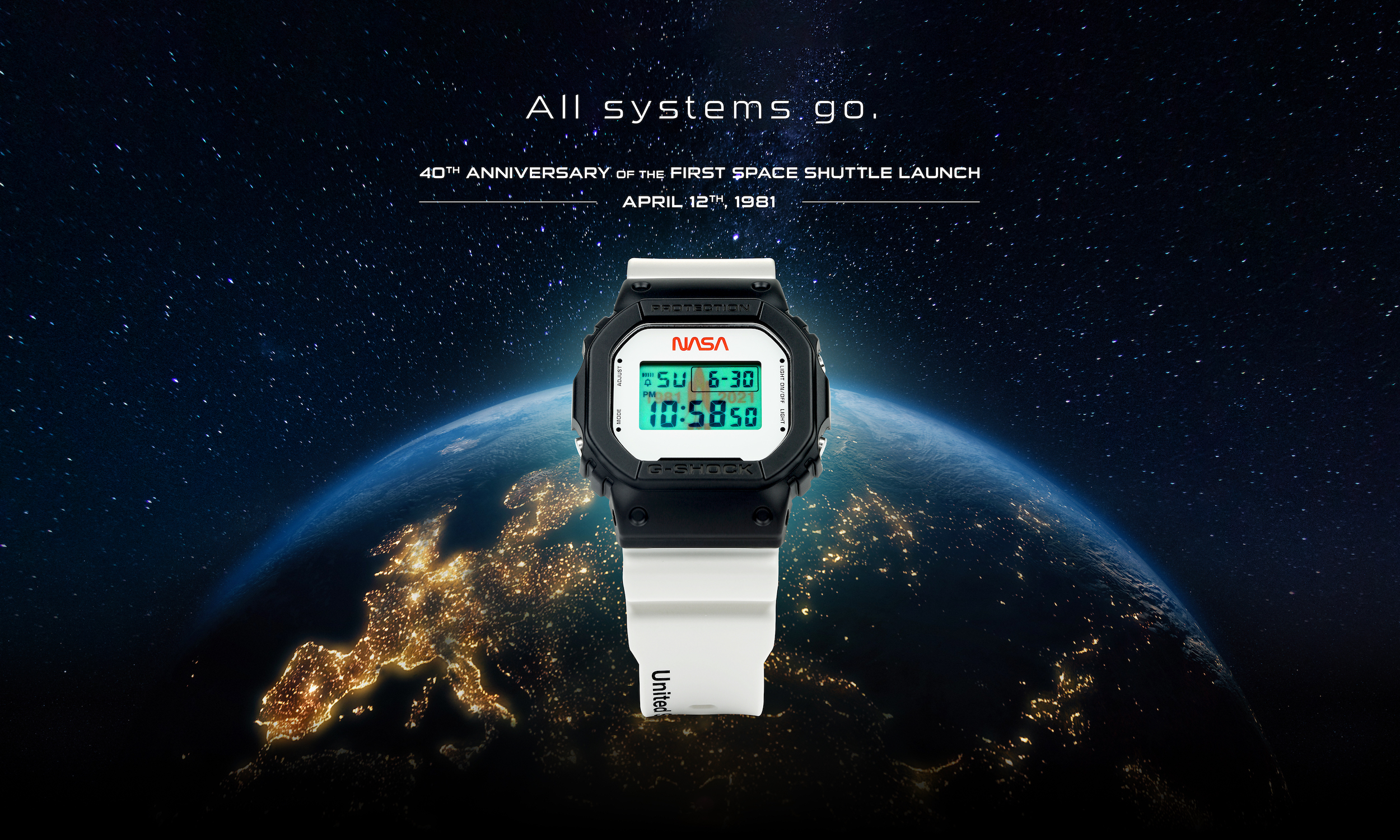 On Monday, G-Shock will debut their second timepiece collaboration with NASA, marking the 40th Anniversary of the first Space Shuttle launch.

The 2020 G-Shock x NASA Limited Edition DW5600 went on sale last year in an all-white square-shaped case, with a view of Earth that appears when you press the light button. That watch was limited edition and sold out very quickly.

For the second partnership between G-Shock and NASA, Casio used the same square-shaped DW5600 case, this time with a black-colored case, and white-colored strap. NASA’s logo is printed in red just above the display, like with last year’s timepiece. And this watch is also a limited edition. This time, however, when you press the light button, instead of an image of the Earth, an image of the Space Shuttle silhouette and the years “1981-2021” appear behind the time display.

The OV-102 STS-1 mission which took place on April 12th, 1981 is referenced on the resin watch strap, on the outer box, and the inner tin. The outer box reflects STS-1 Mission statistics and the inner tin depicts the mission’s 2-day orbit around the Earth.

Further nods to the Space Shuttle program include the American flag printed in red, white, and blue on the strap keeper. On the top of the outer box, the top of the inner tin, and engraved in the caseback, is the same Space Shuttle image and the dates, like what appears on the dial when you press the backlight button.

Pre-sale of this model will officially begin at 7:00:03 AM EST to mark the exact timing of the orbiter’s lift off from launch pad 39A. The Ref. DW5600NASA21-1 model will retail for $140 and be available at gshock.com, and for purchase later this month at the G-Shock Soho Store, and at select G-SHOCK retailers.