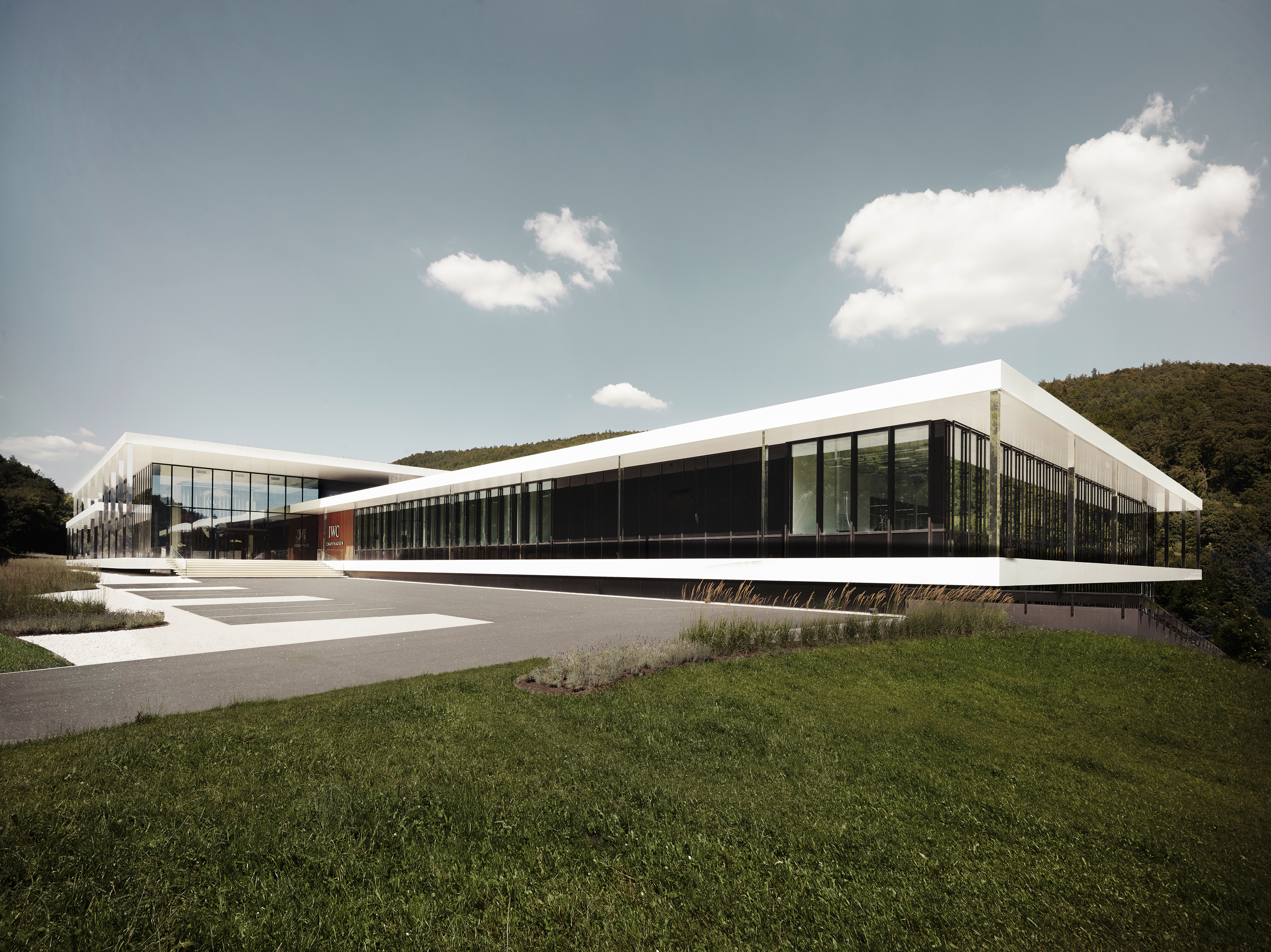 IWC was founded in 1868 and is based in the German-speaking town of Schaffhausen, Switzerland, which is situated along the Rhine river. This week, the watch company opened an all-new 145,000 square feet manufacturing facility on the outskirts of Schaffhausen.

ATP architects Zürich and RMA Reichardt – Maas – Assoziierte Architekten Essen designed the building along with input from IWC CEO, Christoph Grainger-Herr, whose background and training, interestingly, is in architecture, not watchmaking.

The structure, which has a modern architectural design – filled with natural light – and a nearly 30-foot lobby, was purposely created in a way where the majority of production is uniquely situated in one story. Although, it’s worth noting that the basement is dedicated to the case production department. Much of the factory is automated, such as component production, however, watch assembly, finishing, and quality control is primary still done by hand.

Sustainability, although not as much of an issue in watchmaking as in other industries, was not overlooked. According to the COO, Andreas Voll, “we have installed solar panels on the roof, and draw water for cooling and heating from two groundwater sources. We are reducing our energy consumption using automatic lighting control coupled with LED lights. A sensor-controlled sunshade system also prevents the building from being heated up unnecessarily. On the other hand, we reuse the waste heat from our equipment and, just as we were already doing at our headquarters in Schaffhausen Old Town, we only use Swiss hydroelectric power that is generated with zero CO2 emissions.”

Construction of the manufacture took just 21 months and required around 80 construction companies. The resulting building is a state-of-the-art “Manufakturzentrum” as IWC calls it in German (translation: manufacturing center) that currently accommodates 230 employees with the capacity for as many as 400. The expedited build out was largely driven by the fact that IWC wanted the new factory to coincide with the company’s 150th Anniversary, which is in 2018.

The CHF 42 million dollar building investment is relatively small considering the company is the biggest dedicated watch Maison of the multi-billion dollar Richemont Group based on an estimated annual sales revenue of $800 to $845 million (and unit production of 95,000 to 190,000 watches). For a company chasing the $1 billion dollar mark, this investment will likely payoff sooner than later.