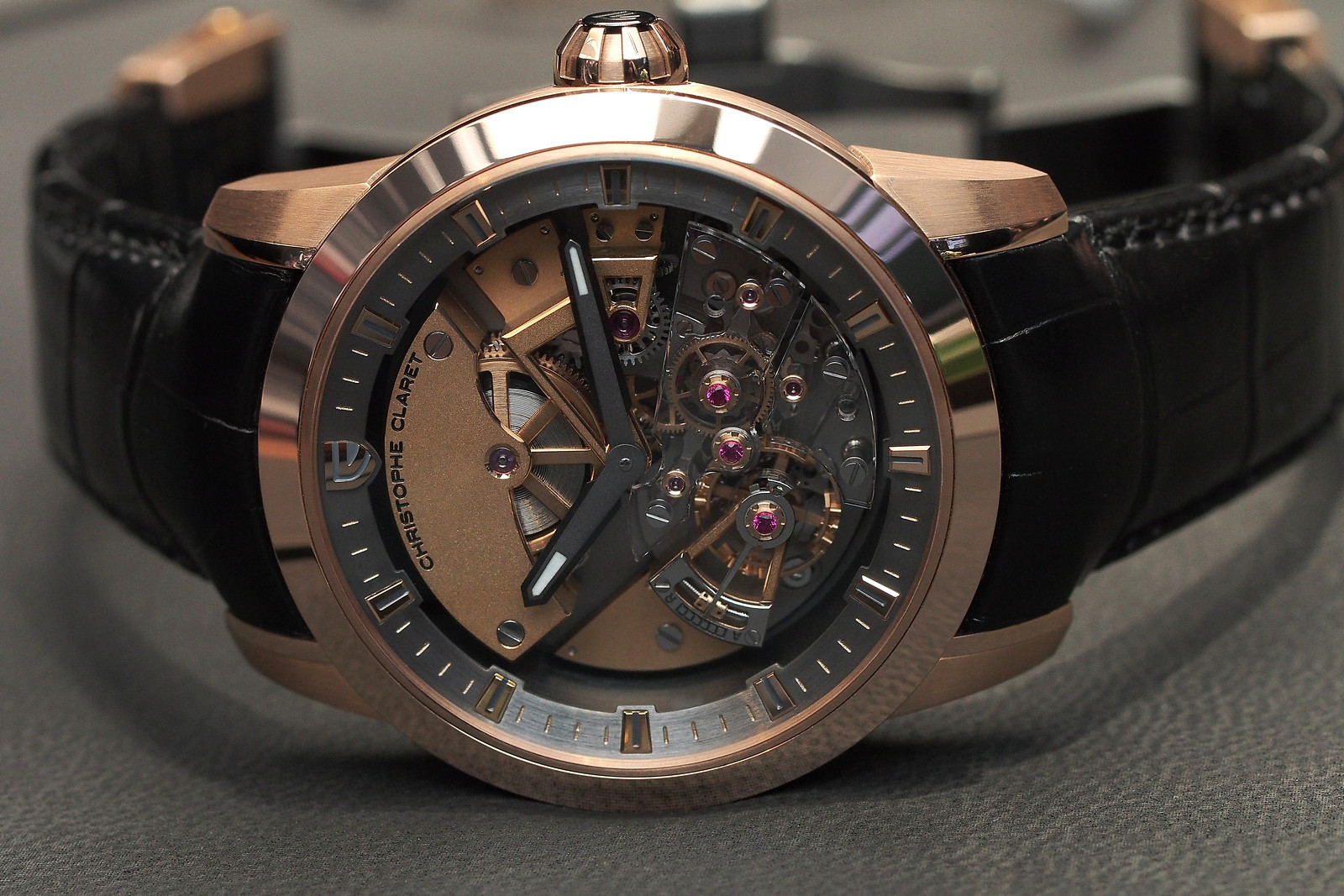 Last week at Baselworld 2014, Christophe Claret introduced their newest creation, the Maestroso, a wristwatch that is regulated by a detent escapement instead of the commonly used lever escapement seen in most wristwatches today.

Historically, the detent escapement was most commonly used for marine chronometers, which needed to be very accurate in order to calculate longitude while at sea.

The detent escapement was also used in wristwatches in the 18th and 19th centuries, however, the design was modified numerous times over the years, and naturally, a significant amount of R&D was required in order to optimize it to work in a modern wristwatch. Furthermore, according to Christophe Claret SA, the development took 7 years.

Designed and developed fully in-house, the caliber DTC07 is a hand-wound mechanical movement with 301 components, 44 of which are jewels. Thanks to two barrels fitted in parallel with four springs, it offers an impressive 80+ hour power reserve.

Charles X, King of France, had influence over decorative arts in the 19th century and inspired the aesthetics of pocket watches of the era. And so, as an homage to the past, the design of the Maestroso movement, specifically the very recognizable skeletonized stepped bridges, was inspired by Charles X’s architectural style.

Crafted from grade 5 titanium, the detent escapement is mounted on a shock-absorbing bridge (this shock absorption system is one of the primary reasons development took 7 years). The balance has a gold screw and cylindrical balance-spring. The frequency of the watch is 2Hz, which is the rate required to ensure optimum accuracy. The movement features an anti-over-banking security device, and a balance stop system is activated by pulling the crown. The regulator is controlled with a micrometric adjustment via a curved staff (seen to the left of the balance wheel at 8 o’clock – marked with “A-R”).

The key movement components are visible on the front side of the watch, giving the watch a feeling of much depth. The hour ring surrounds the perimeter of the exposed movement and is marked with gold indexes and gold markings for the minutes. Functions include hours and minutes, along with the constant force indicator at 4 ‘clock.