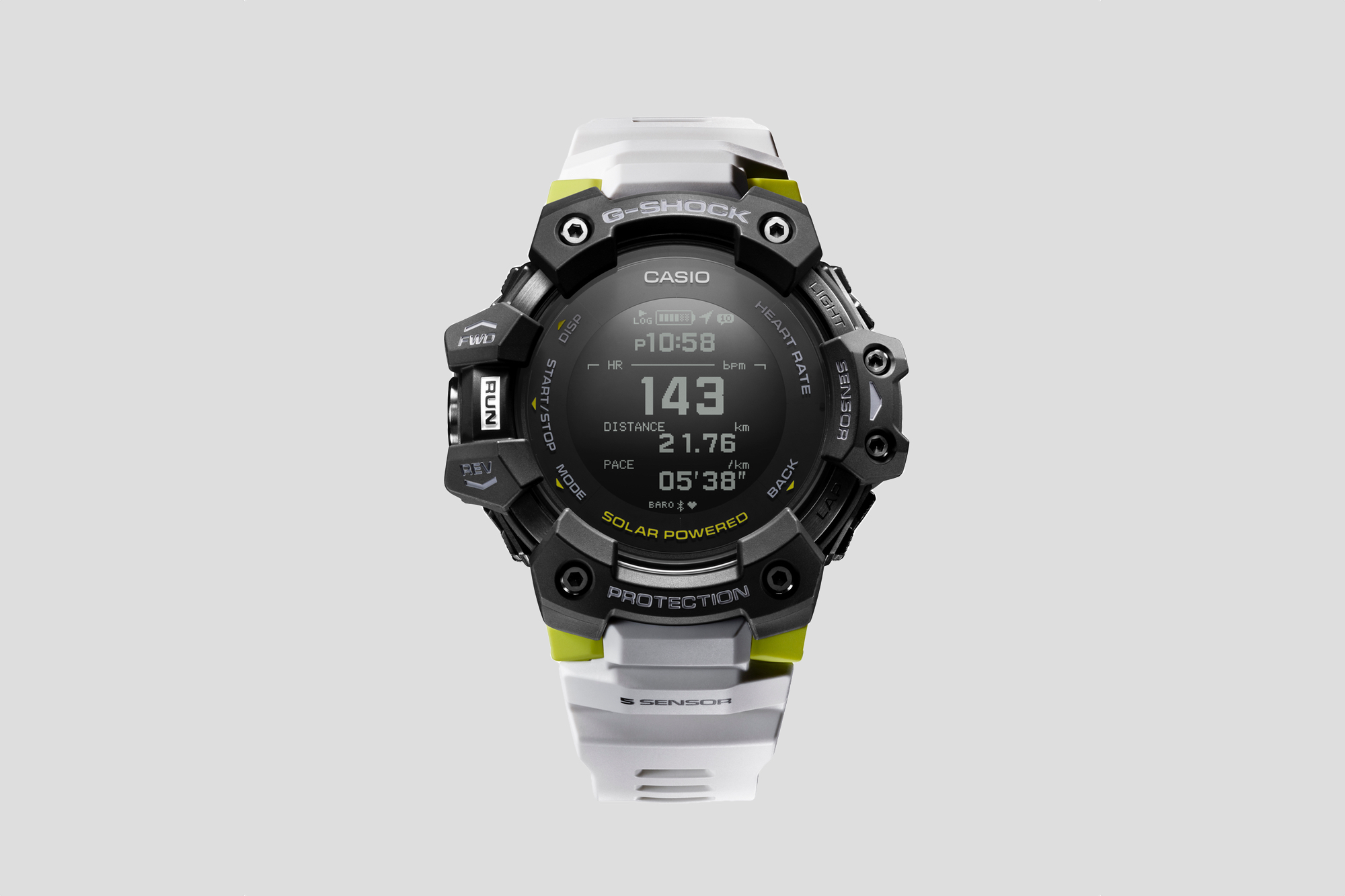 What’s new is the heart rate monitor that displays the current heart rate as well as a so-called heart rate zone that shows the intensity of your exercise at five stages (Recovery, Base, Cardio, At Threshold, and Maximum) — useful for pace management during training.

Thanks to an algorithm licensed from Firstbeat Technologies, the G-SHOCK Move also estimates VO2max, which measures the maximum rate of oxygen consumption as a benchmark for cardiorespiratory ability when the user is trying to build endurance for running or other sports.

According to G-Shock, “The timepiece has five-sensors to help track your fitness activity in real-time. In addition to an optical sensor that can measure heart rate by detecting the blood flow under the skin, a triple sensor measures altitude/barometric pressure, compass bearing, and temperature, and a 3-axis accelerometer detects body movement to measure step count and distance traveled. The new watch comes with GPS functionality that acquires location information and measures speed, pace, and other data; the GPS also includes GLONASS support to boost accuracy and connection speed.”

The Move uses large non-slip buttons and curved back cover wings that ensure a smooth fit on the wrist, and a soft urethane band for enhanced comfort. A MIP (Memory in Pixel) LCD can display more data in high contrast for easy viewing.

Bluetooth connectivity via and a new G-Shock Move App allows users to manage the measurement data and training history captured from the watch. Calls, emails, and SNS notifications can also be monitored while exercising.

In addition to the standard USB charging, (which takes approximately 2.5 hours for a 14-hour charge), the Move also has a unique solar-assisted charging function for daily use, vibration notifications, and smartphone alerts.