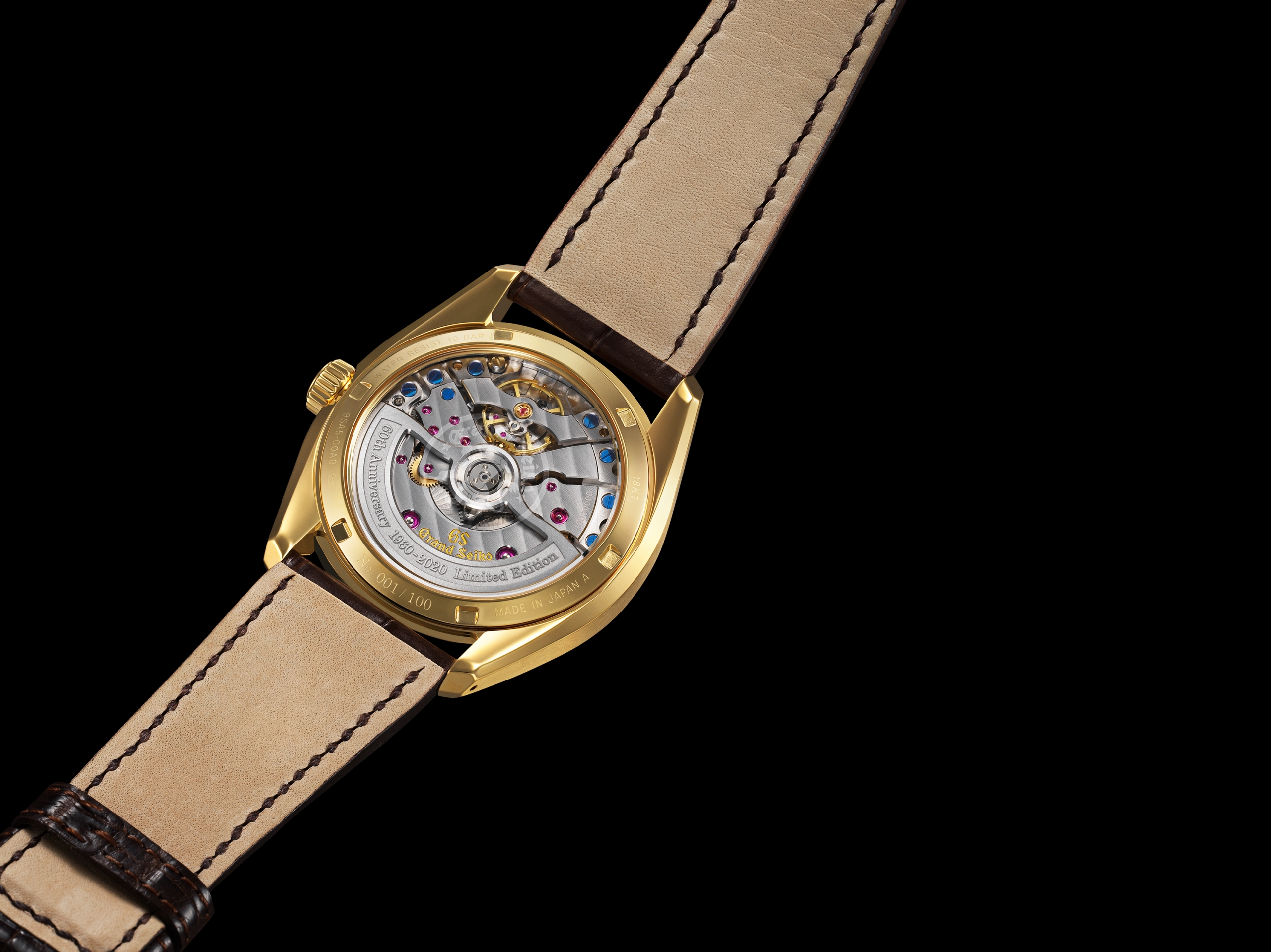 The next generation 9S Hi-Beat movement by Grand Seiko

On the occasion of Grand Seiko’s 60th Anniversary, the Japanese watchmaker is making a move upscale and the foundation of this evolution is an all-new high horology mechanical movement.

First created in 1998, the 9S line of movements feature the company’s most advanced watchmaking technologies — and with the launch of the caliber 9SA5 in 2020, the bar has been raised even further.

Grand Seiko states that “9SA5 is more than just a new caliber. It is an entirely new movement and the foundation upon which a whole new generation of Grand Seiko mechanical watches will be created. Deploying all the skills and experience we have gained over the past 60 years, 9SA5 is, beyond doubt, the finest mechanical caliber that we have ever created.”

Constructed like a high-end Swiss caliber, the Hi-Beat 9SA5 is as beautiful as it is functional. And with a thickness of just 5.18 mm, the engineers made the movement significantly slimmer (previously 5.99 mm), while also increasing the power reserve. Not to mention, improving the shock resistance, anti-magnetism (4,800 A/m), and accuracy (-3/ +5 average daily rate).

The new movement design now offers a power reserve of 80-hours, up from 55-hours,  thanks to a more efficient architecture and two barrels (in sequence) instead of one. Further, there’s an instantaneous date and winding that has been made to feel like a manual wind movement despite it having the convenience automatic winding.

In regards to finishing, a new striping technique with deeper marks and a matte finish help contrast with the sheen of the polished, diamond-cut machine beveled edges. There are 47 jewels, which help keep the components operating longer and add to the elevated look. The mainplate has a perlage finish and the screws are blued.

Beating at 5Hz (or 36,000 vibrations per hour), the high-beat design coupled with the improved regulation system result in a tested average rate that’s better than a chronometer.

Interestingly, the new horizontal layout of the barrel and gear trains has not just a 15% thinner design, but also a repositioned winding stem that’s closer to the rotor and allows the watch to sit closer to the wrist for improved comfort.

In creating the 95A5, designer Hisashi Fujieda was inspired by the 45GS from 1968 — which also had a balance bridge. The balance bridge design with two points of support is both more robust and more pleasing to the eye. It’s fitting for the newly designed regulation system, which offers three distinctive technical aspects that improve chronometry.

Second, a premium free-sprung balance is used — instead of an index regulated balance — that’s less affected by shocks and friction and therefore maintains precision longer. Plus, fine adjustments are now made via screws (and manual poising of the balance), which allows for enhanced isochronism.

The case, dial, and hands were inspired by the 44GS of 1967 and the single 100-piece limited edition will be the only timepiece to use the new caliber 9S5A at launch. Although, you can expect to see this movement in more timepieces in the future.

Presented in a 40 mm x 11.7 mm 18K yellow gold case with 18K yellow gold indices and hands the 60th Anniversary Limited Edition SLGH002 will be available at Grand Seiko boutiques in August 2020 with a retail price of $43,000.