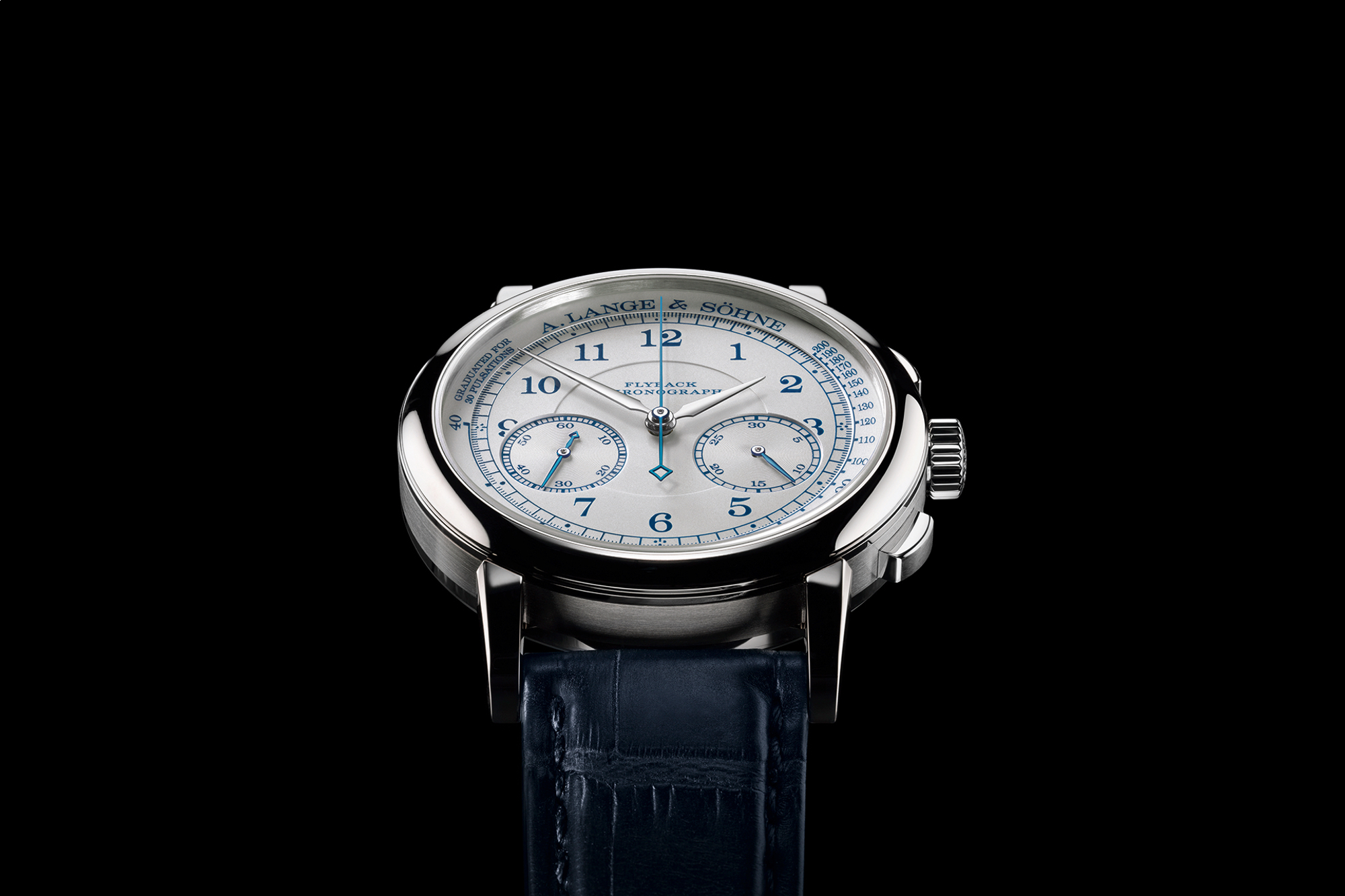 A. Lange & Sohne introduces a special boutique edition of their other chronograph, the 1815. The Datograph is the chronograph that most people likely associate with Lange, but its lesser known little brother – the 1815 Chronograph – which is powered by (caliber L951.5), has essentially the same movement as the Datograph (caliber L951.6) but without a date.

In comparison to the latest 1815 Chronograph which was introduced in 2010, the boutique edition comes with a slightly thicker case at 11.00 mm in height versus 10.8 mm. And most notably, it has a pulsometer scale and blue numerals and markings on the dial, as well as rhodium-plated hour and minute hands instead of blued-steel. The registers and dial have been repositioned as to make room for the pulsometer scale. However, it retains the blued steel chronograph seconds, chronograph minutes and small seconds hands.

Look for the official release at the *Watches and Wonders* which begins September 30th, 2015 in Hong Kong. This boutique only piece is presented on a blue alligator strap and is available exclusively at any of the 16 A. Lange & Sohne stores worldwide.

(Editor’s note: The dial design on the boutique edition 1815 Chronograph is almost the same as the now discontinued, first generation of 1815 Chronograph, reference 401.026, right down to the pulsometer scale. The subdials are slightly larger on the modern version, but that is about it.)