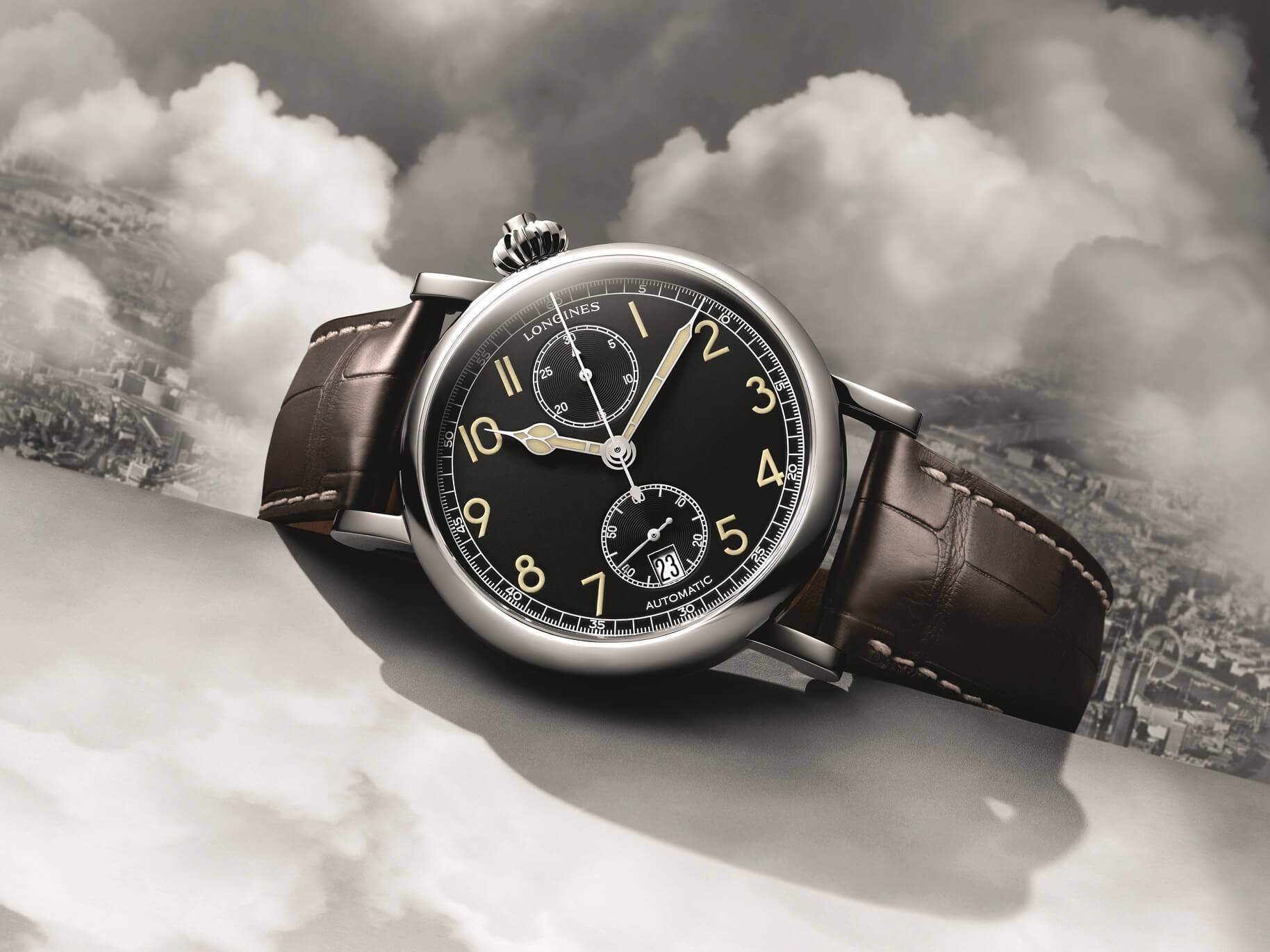 Longines introduced a new variation of the Avigation Type A-7 1935 this month.

Featuring a black dial that’s angled 40° to the right, the orientation allowed pilots historically to read the indices without having to release the plane’s control yoke.

Like the most recent version of the Avigation, announced in 2016, the 41 mm diameter case is stainless, with a mono-pusher chronograph and fluted crown located at 12 o’clock, large Cathedral hour and minute hands, Arabic numerals printed on the dial, a 30-minute counter at 12, small seconds subdial with a date aperture at 6. The movement — 4Hz automatic caliber L788.2 with a 54-hour power reserve — is also the same made for Longines ETA A08.L11 based chronograph as before.

What’s new is the black dial with smaller, Arabic numerals. No partial hour numerals at used at 12 and 6 o’clock this time, instead they’ve been omitted entirely to allow for the subdials. Otherwise, the watch is the same as the model 2016 version.