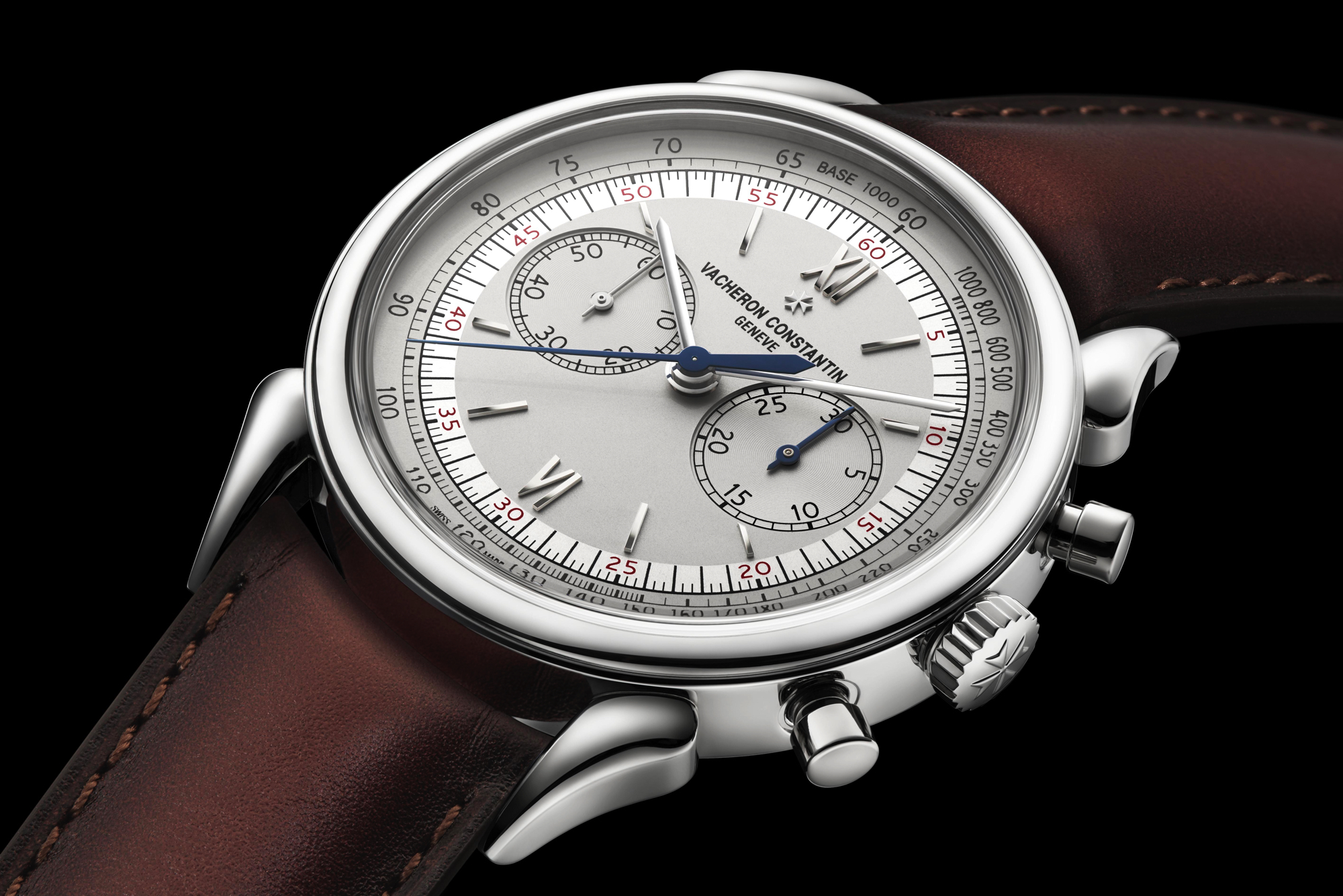 Vacheron Constantin announced last week that they will be producing a stainless steel version of their Historiques “Cornes de vache” 1955 model, which was the company’s first water-resistant chronograph launched in 1955. Featuring a design similar to the original model from 1955, and virtually the same design as the steel model offered in collaboration with Hodinkee in 2017, apart from a different dial. The watch comes in a 38.5 mm steel case with signature “Cow Horns” lugs and a manually wound caliber 1142 movement. Retail is $39,800.

This week Hamilton introduced the Ventura Quartz All-Black, which features a PVD-coated stainless steel case and black dial with steel hands and indices on a black alligator strap. (Ref. H24401731) The watch has a mineral crystal, caliber F05.111 quartz movement, and is 50 meters water-resistant. Retail is approximately $895.

After wearing a Richard Mille during the Brown’s 2019 training camp this summer, over the weekend, star receiver Odell Beckham was seen again wearing a Richard Mille RM 11-03 McLaren highlighted by the same hue of orange as his team’s uniform colors. This time, though, instead of wearing it during training camp, he wore it in an actual NFL game. The Browns lost their season opener to the Titans 43-13, so it’s surely not a good luck charm. And with all the news focusing on this, and not football, it will be interesting to see if the NFL, which allows necklaces, follows up with a wristwatch ban, especially considering that wearing hard objects is a violation of NFL rules. Retail is $189,500.

Last week, Ming introduced the 17.06 which is their first series production stainless steel watch. The 17.06 is an entry-level timepiece equipped with an outsourced ETA 2824-2 movement. Available in limited quantities, there are two variants: one with an etched copper dial with a polished-brushed steel case, and the all-black Monolith version with an anthracite DLC case. Retail starts at $1,250 for the steel and copper version.

Bell & Ross recently launched an all-new square watch collection, called the BR 05, and inspired by their much larger, iconic, square-shaped BR 01 line. At 40 mm the new BR 05 is much more conservative than the 46 mm squares they are most known for, which is more in line with current trends. The collection consists of 5 new timepieces: Three different dial colorways – silver grey, navy blue or deep black – are complemented by another model, with a skeleton dial and mechanism, limited to 500 pieces, as well as an 18K rose gold version. Retail starts at $4,400.