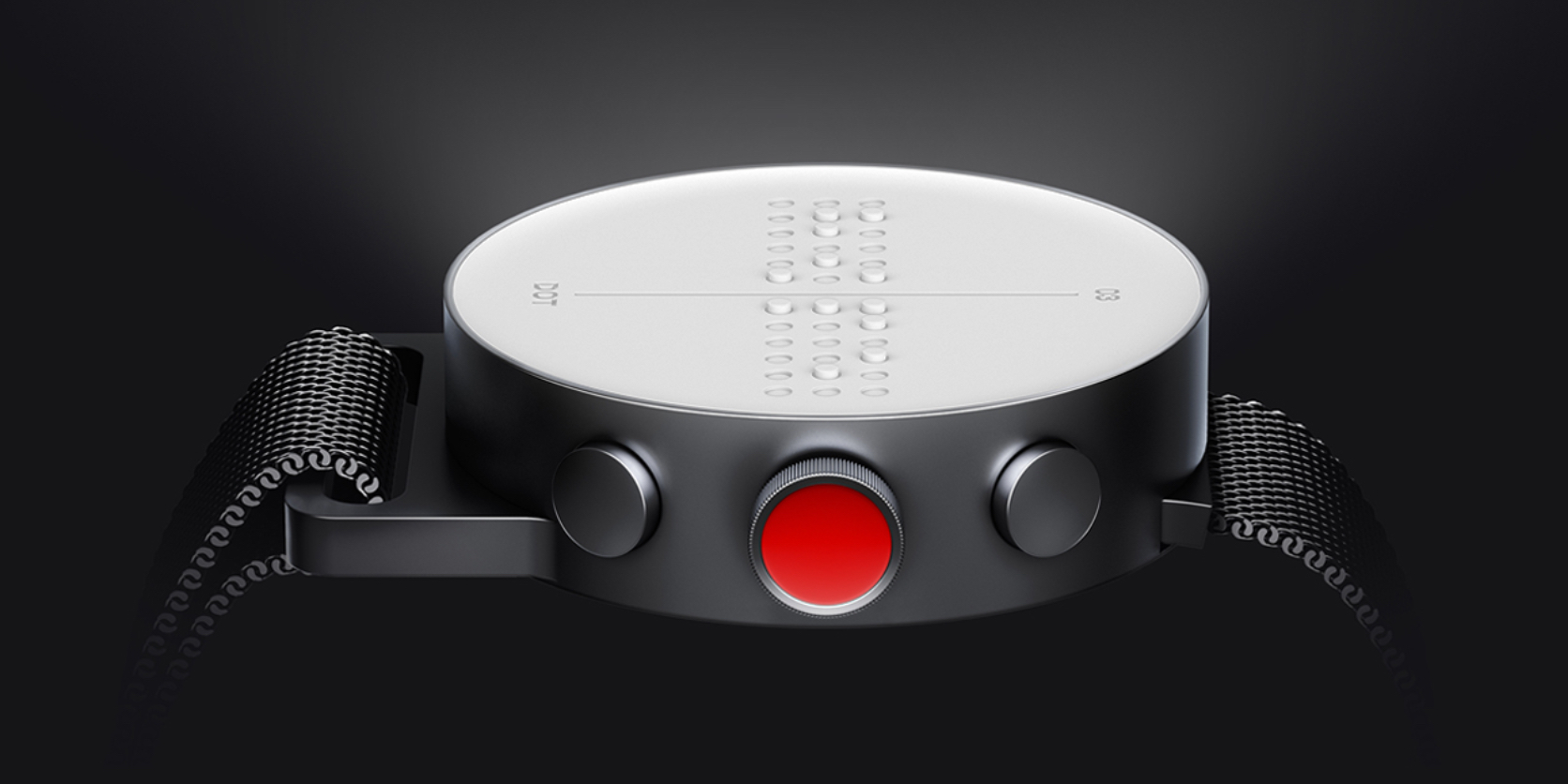 The Dot Watch, is the first of its kind, offering a Braille display for people who cannot see, combined with smartwatch functionality. Made from aluminum the case is relatively large to accommodate the Braille dial but it only weighs 60 grams. In addition to time (down to the second), date, timer, alarm clock, and stopwatch functions the watch allows you to screen calls (it vibrates when a call is received and caller ID is displayed), read your texts, sync with your calendar app, and read the weather. The Dot Watch is powered by a patented actuator technology that uses magnetism and can run for 10 days on one charge. Retail is $359.

Marc Newson, well known for his Atmos clock designs, as well as many other products such as watches and pens, has created a desktop clock called the Klepsydra, which is named after Greek water clocks. It uses steel nanoballs, like his hourglasses, combined with a single hand. The nanoballs fill individual cups that in turn rotate the single 30-minute clock hand, acting as a counter.

O’dell Beckham Jr., is one of the NFL’s most flamboyant players, who racked up many personal statistical records during his stint with the Giants, including Offensive Rookie of the Year in 2014. However, in his five years with the Giants, the team only had one winning season and lost in round 1 of the playoffs that year, and Beckham has been injury prone as well. Ahead of the 2019 season, the Giants decided to move on from Beckham, despite his big-play ability and many records, and he was traded to the Browns in the off-season. Upon arrival at Brown’s OTAs earlier this month, where he got to reunite with his former LSU teammate Jarvis Landry, Beckhams’s already started making headlines. This time, it was for wearing the near $200K Richard Mille RM 11-03 McLaren, with an orange and black color scheme that matches the Brown’s uniforms.

Yesterday, G-Shock announced a new collection within their women’s G-MS watch line. Consisting of metal bezels and accents on the dial there are four new references. The G-MS MSGC100G-1A (shown) features a rose gold-plated stainless steel bezel and case with a black band. The dial has metallic indices and hands and an analog-digital display. The hands are luminescent and there’s also an on-demand super LED light. The functions include time, date, word time (29 cities + UTC), 5 daily alarms, a countdown timer, and 12/24 hour formats. Water-resistance is 100 meters. Retail is $150.