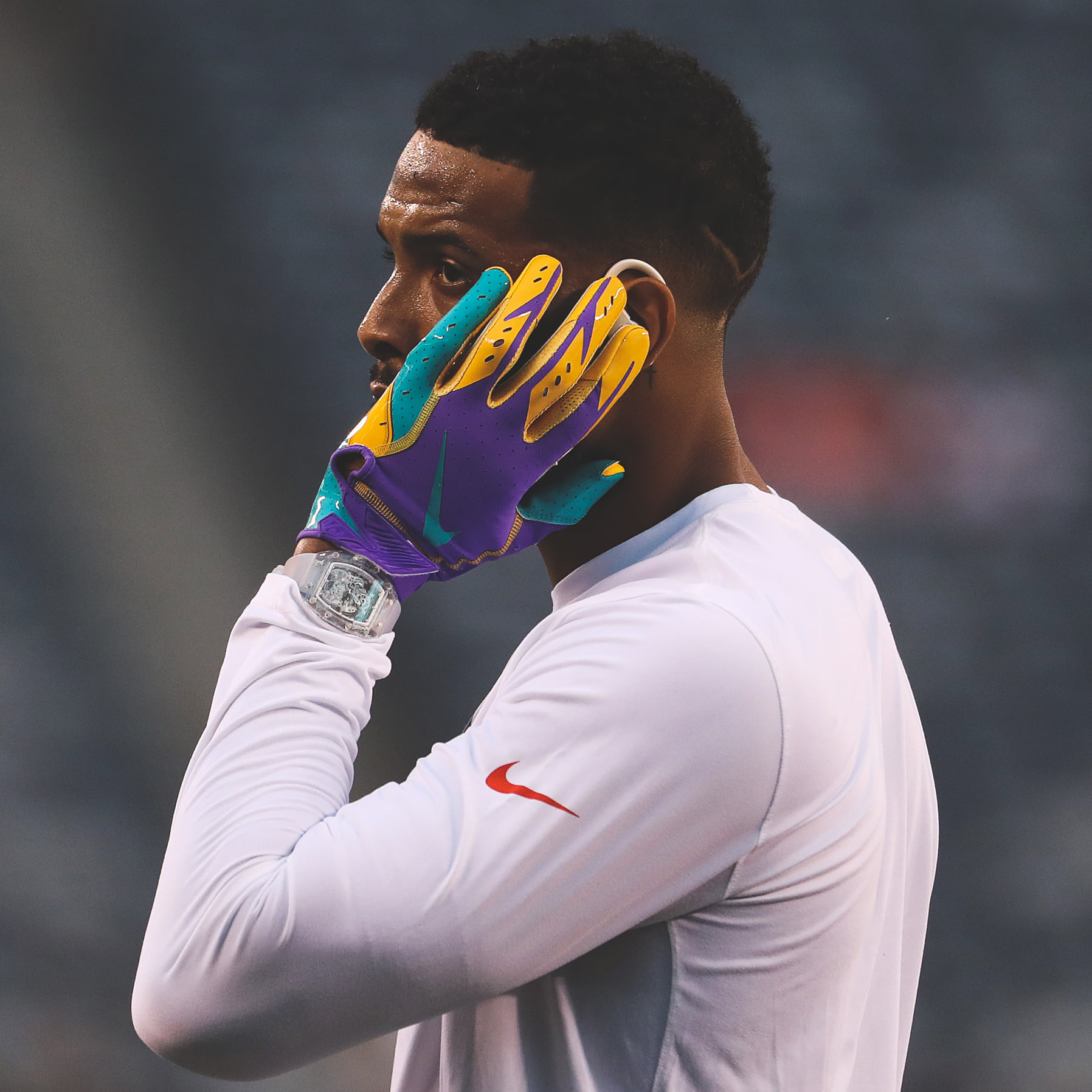 Swiss watch brand Richard Mille pioneered the use of a sapphire crystal for a watch case in 2012 with the $1.65 million Richard Mille Tourbillon Split Seconds RM 056 Felipe Masse Sapphire. In 2014 the RM 56-02 Tourbillon Sapphire came out for $2.02 million. However, it’s the slightly older RM 56-01 from 2013 which originally cost $1.95 million that Beckham wore tonight (during warmups) for the Monday night NFL matchup Browns versus Jets.

Synthetic sapphire – which both the case and the crystal protecting the dial are made of – rates a 9 on the Mohs scale and is highly scratch-resistant but it’s also very brittle so this watch will likely shatter if hit directly with a helmet.

As previously reported by the Washington Post, it’s an NFL rules violation to wear a hard object like this on your wrist during play which is presumably why Beckham is not wearing a wristwatch during regulation tonight, as he did last week.

Update: Based on a second image (below) that provides a closer look at Beckham’s wrist, this is not an authentic RM 56-01.

We reached out to Richard Mille and they have “no comment on this subject.”