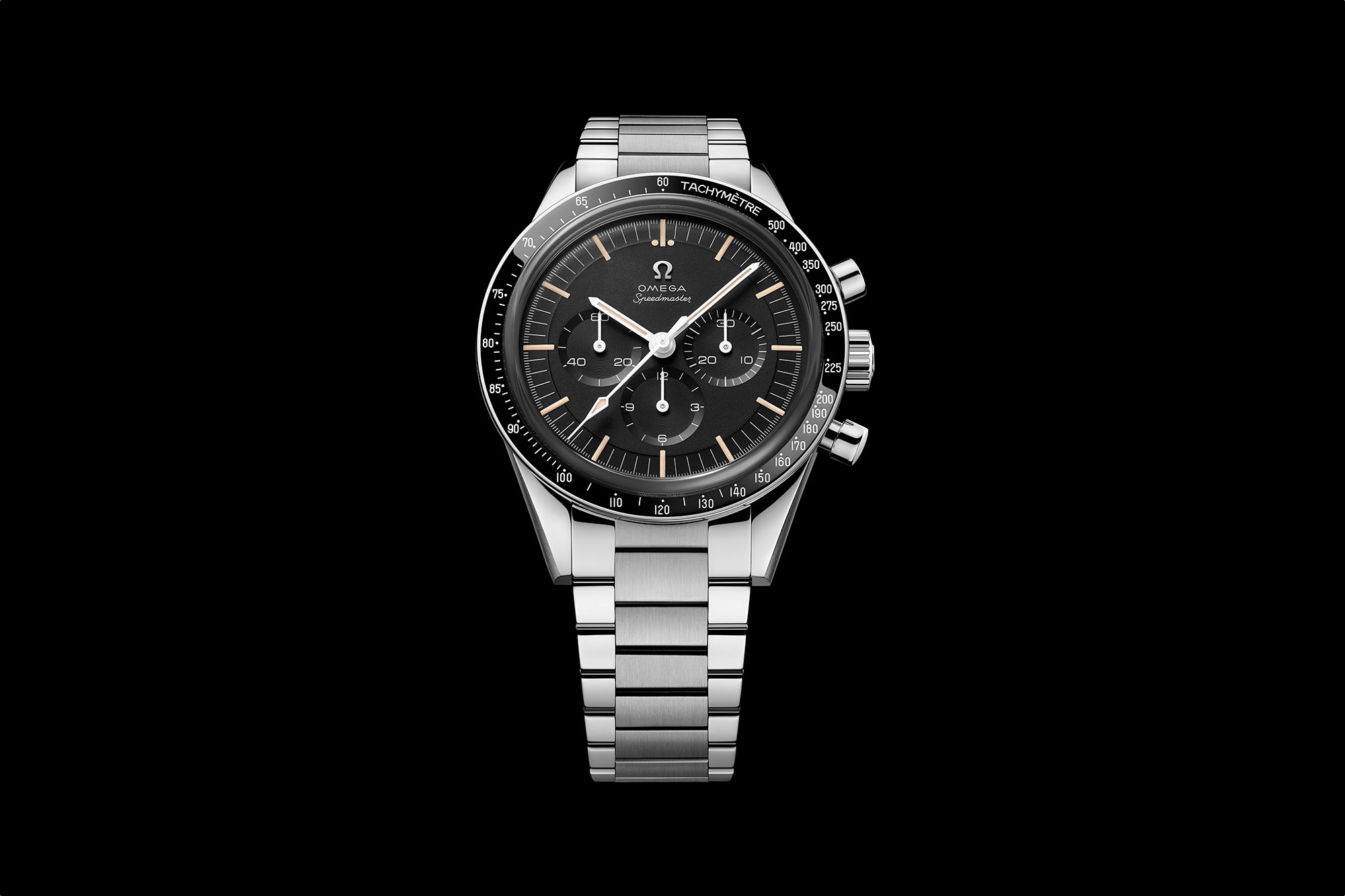 Tragically, Ed White, Gus Grissom, and Roger Chaffee died as the result of a cabin fire on January 27, 1967, that took place during a full launch rehearsal for the planned Apollo 1 mission due to asphyxiation, smoke inhalation, and thermal burns.

For the prior mission, Gemini IV, White wore an Omega Speedmaster ST 105.003-65 on the outside of his spacesuit during his famous spacewalk (pictured below). That was the first time a watch had been worn in outer space without the protection of a pressurized cabin (and prior to the Speedmaster being officially flight-qualified by NASA). The “Professional” moniker was added to all of the Speedmaster Moonwatches thereafter. And that particular watch reference was given the nickname “Ed White.” Original examples of these Speedmasters can still typically be found for $10K-$30K, depending on condition.

Enter Omega’s 2020 re-edition of the Ref. 105.003, the Speedmaster Moonwatch 321 “Ed White” which was released this week. The watch faithfully recreates the historic timepiece that White wore in space, while not replicating it exactly.

Presented in a 39.7 mm stainless steel case, with straight lugs, like the one Ed White wore, the stepped dial features an applied Omega emblem at 12 o’clock, the historic Omega logo printed below it, faux patina on the indices and hands that’s reminiscent of how the vintage models look nowadays.

The bezel insert is now made with a more durable scratchproof black ceramic, as opposed to aluminum, and the “dot over 90” has been preserved.

The dial is protected by a sapphire crystal, whereas the original was a Hesalite plexiglass crystal, and the caseback features a sapphire display window as opposed to a solid stainless screw-in type of back. The display back offers a view of the beautifully finished second-generation caliber 321 (that Omega announced last year) which is a recreation of the highly coveted first-generation caliber 321 movement that was in Ed White’s 105.003 Speedmaster references, among others.

Overall, Omega has done a phenomenal job recreating the third generation Speedmaster ref. 105.003 in a modern version that collectors will surely appreciate. The only real caveat, as expressed by many online, is that the retail price is $14,100. A standard Speedmaster Moonwatch currently costs $5,350 – however, those come with a caliber 1861, not the more premium 321.

Interestingly, the Speedmaster Moonwatch 321 “Ed White” (Ref. 311.30.40.30.01.001)  will be part of the regular Omega catalog, available indefinitely. However, it’s worth noting that the manufacture states that a limited amount will be available per year due to the movement being harder to manufacture. There’s been no number given but it’s rumored to be 1,000 to 2,000 units per year, which will likely make it very hard to acquire, if true, even with the relatively high asking price.