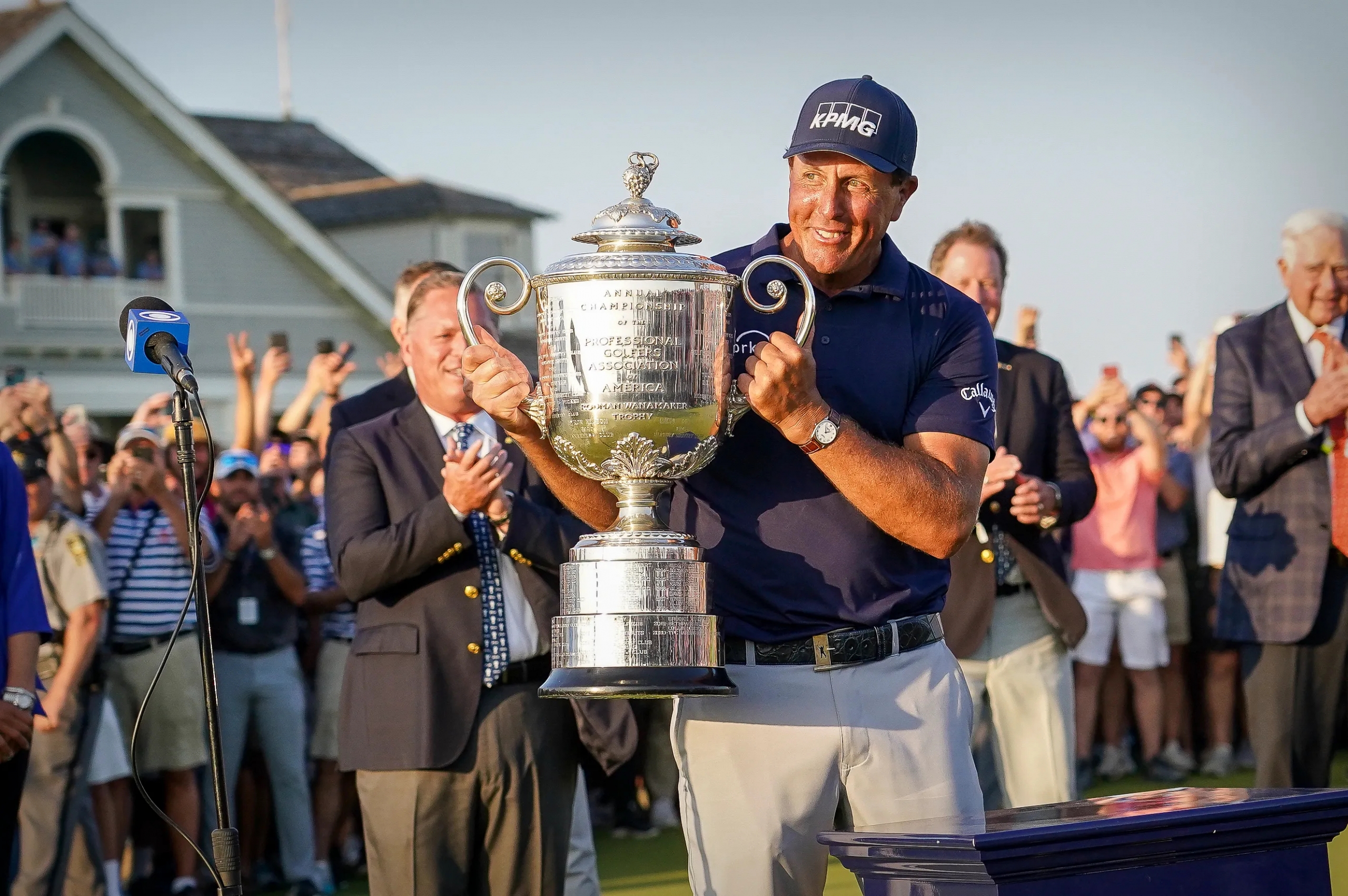 Not only was his play superb — his choice of watches was as well. Seen at the top hoisting the Professional Golf Association Championship trophy on Sunday, with his pre-owned Rolex Cellini wristwatch on his left wrist.

Mickelson, is a longtime Rolex ambassador, like Tiger Woods. Although, while Woods does not usually wear a watch while he plays, Mickelson typically does. He wears the Cellini (Ref. 4233 with a white dial) or other Rolex watches during his rounds, such as a current Rolex Yacht-Master in Everose gold that he wore earlier in the tournament, which Professional Watches confirmed with Rolex is the larger 40 mm diameter version (this variant also comes in a 37 mm diameter case).

Interestingly, even though he’s a “Lefty” which is also his nickname — he wears the watch on his left wrist, which is commonly how right-handed people wear their watch. Without confirmation, we think that the Cellini being super small at 34 mm and quite thin, is the watch he often chooses because it’s the least intrusive while playing, or perhaps it’s his lucky watch or both. Either way, we’re glad to see him winning, and wearing a watch doing it.